Surfing the wave of MDF waste

Dr Mark Irle, of the Ecole Supérieur du Bois in France, looks at the well-known use of recycled Wood in making particleboard, but suggests that recycling MDF itself is a different problem - and one which requires addressing with some urgency

In the past, some have referred to sawdust, offcuts, slabs, etc which are created during wood processing as waste.

This is an error as such materials are byproducts and not waste.

Waste is something that has had a useful life and is now no longer needed. We often use the term 'post-consumer waste' to describe wood ready for recycling. The particleboard industry prefers the term 'recovered wood', rather than recycled wood, as it more accurately describes what the sector is doing.

Fortunately, recycling has become the 'norm'; the public and companies alike are now accustomed to sorting their wastes into different categories. According to PAS 111:2012 (Specification for the requirements and test methods for processing waste wood), recovered wood is used for: particleboard manufacture; energy generation; animal bedding; mulches; equine surfaces; pathways and coverings. These are in approximate order of importance.

The current EPF annual report shows that the EU produced over 30 million m3 of particleboard in 2017. It also shows that, on average, 34% of the wood used to make particleboard comes from postconsumer wood. Therefore, this represents approximately seven million tons per year in the European Union (EU) alone.

The average output of a softwood plantation forest in France is 8.9m3/ha/year. So the forest area needed to produce the same quantity of recovered wood would be about 28,000km², which is not far off the land area of Belgium!

If the other end-uses of recovered wood are included, then the forest area would need to be even larger.

Using recovered wood to make particleboard is a real success story. It is not, however, an easy task to take recovered wood – which is highly variable – and convert it to a consistent engineered product. A lot of R&D has gone into converting post-consumer wood waste, like that in Figure 1, into the particles needed for high-quality particleboard.

It is not just a question of removing the non-wood components, but also ensuring an appropriate particle form at the right size. To make good quality particleboard, one needs particles that have a high aspect ratio, that is, long relative to its thickness. Figure 2 shows a typical sample of particles prepared for the core layer of a particleboard panel.

It also shows that MDF tends to chip into poor quality particles. They are quite cubic, rather than long and narrow. They have a 'fuzzy' surface, which causes these particles to absorb more glue than other particles. This in turn causes some areas of the panel to not have enough glue.

Also, the MDF particles are themselves a zone of weakness because they are often fractured internally, meaning that, although the surface might be well bonded to neighbouring particles, their internal flaws act as early crack initiators, resulting in lower mechanical properties.

Consequently, the specifications for recovered wood deliveries normally prohibit the inclusion of fibreboard. Even so, it appears, as seen in the photo.

My recent experience with manufacturers indicates that as much as 5% of the recovered wood that is delivered is in fact fibreboard and all have noticed an increase in the fibreboard levels in recent years. They have explained to their suppliers why they do not want to have fibreboard in the mix, but still it comes.

A very real explanation for the increase in the inclusion of fibreboard is that wood recyclers have practically no alternative method for disposing of waste fibreboard; it cannot be sent to landfill and there are no recycling options.

It is dusty when chipped, which makes it unsuitable for animal bedding; it soon turns to a pulpy mush if used as a mulch or pathway; and when it dries, the fibre easily blows in the wind. The only real alternative is to burn it, but this requires incinerators or cement kilns.

Often, there is insufficient burning capacity. Meanwhile, the recyclers have to send it somewhere…

Fibreboard in its various forms has been manufactured for over 100 years. On the other hand, production of MDF, as we know it today, began in the 1970s. Now, it is the second most-produced wood panel in the world, with a production volume of 100 million m3.

Products made from MDF are thought to have a relatively short life span. For example, the EPF estimates that 24% of MDF is used for shop fitting and, as many of us have experienced, the inside 'look' of shops is often changed.

The average lifespan of MDF products given in the literature ranges from 14 to 20 years. If this is true, then the vast majority of MDF made in 2019 should have been discarded as waste by 2039.

This may seem a long way away, but hands up all those who remember the millennium celebrations – they do not seem to be that far back in the past to me.

Information on the lifespan of MDF products, and production data, allow us to estimate the volume of MDF waste generated annually. The trends are shown in Figure 3: Annual MDF production according to FAO statistics and an estimation of the annual generation of waste MDF.

It is clear that the quantity of waste MDF is currently increasing exponentially, so something must be done.

A range of potential recycling methods have been proposed.

Some, like MicroRelease, have been demonstrated at the pilot scale. MicroRelease uses a pressure vessel, water, and microwave heating, to break MDF down to fibres so that they might be re-used to make MDF or other types of fibreboard.

The approach taken by my research team is somewhat different. We recognise that MDF products are made from many different panel grades and materials.

Chipping post-consumer MDF waste, separating out the non-wood components and cleaning them, are costly operations.

Consequently, we have chosen to extract high-value products like crystalline nano-cellulose (CNC) from MDF waste. Of course, this requires a lot more effort and investment, but the high-value products, of which CNC is just one, should compensate for this. Plus, it gives a larger margin to deal with the quantities of contaminants which will be generated.

MicroRelease has been developing its system for a long time. The company's process deserves more success and it is well placed to help tackle the large wave of waste MDF that is heading our way.

To date, however, nobody has clearly demonstrated a commercially viable system for recycling MDF.

We should watch out, because if the public believes there is no way to recycle MDF, then they may 'vote with their feet' and stop using it – as many have done with plastic bags.

My team is ready to collaborate with anyone to help develop a viable solution to recycle this panel product. 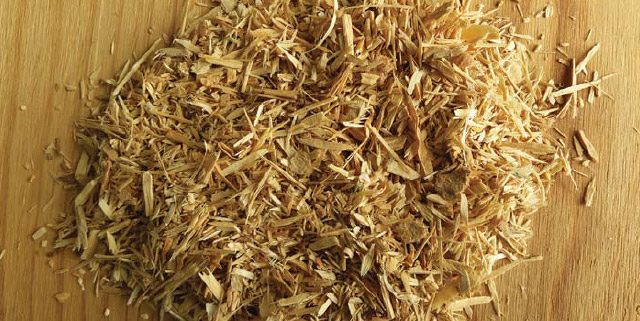 Figure 2. A typical sample of particles prepared for the core layer of particleboard showing the presence of MDF particles 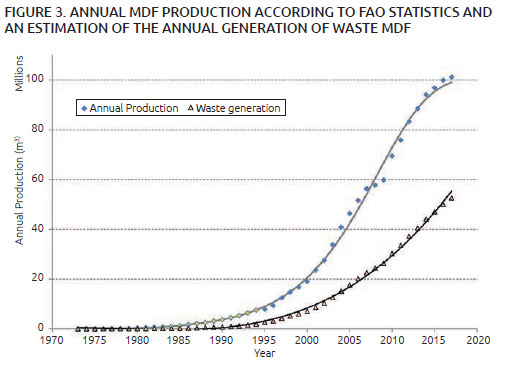 FIGURE 3. ANNUAL MDF PRODUCTION ACCORDING TO FAO STATISTICS AND AN ESTIMATION OF THE ANNUAL GENERATION OF WASTE MDF