Quality control on the production line

The company claims that this advance allows mills not only to reduce costly blows which can cripple manufacturing operations, but also to upgrade their panel production efficiency.

“These new technologies identify changes in panel properties to enable manufacturers to increase production capacity while at the same time minimizing material and energy consumption in the form of wood, resin and energy,says the company.

The benefits of taking corrective action on the production parameters before blows occur is of course a strong driver for technical design improvements to online measuring systems.

In the EWS system, the measurement results are also displayed as a sound picture and this, it says, helps the operator to decide what corrective action needs to be taken.

Additionally, complex technological systems called ‘Reflection Receivers’ have been installed in the new CONTI-SOUND system in order to compensate for the influence of varying properties and conditions of the panel surface.

“Ninety percent of the sonic sound is reflected at the panel surface. Only a small fraction of the sound is transmitted and penetrates the board to reach the opposite receiver for signal evaluation,explained Hauke Kleinschmidt, one of the general managers of EWS, whose father, Peter, founded the business in Hameln in 1996.

“This new technology takes this into account by reading the intensity of the reflected signal using an additional receiver located beside the transmitter,said Mr Kleinschmidt. “The reflection signal is considered for the normal measuring process and for the online calibration process.”

This new EWS-designed technology is primarily used in continuous press lines, but can also be installed after single- or multi-opening presses or sanding machines.

“The first system was successfully installed at Kronoply MDF, Germany and three more CONTI-SOUND systems are under construction for a particleboard production line in China and MDF lines in Brazil and South Korea”, said the EWS joint general manager Matthias Fuchs.

Two other versions, called BLOW-SCAN and PLY-SCAN, have also been developed by this German company at the same time for applications in plywood, particleboard and OSB plants.

“All three of these EWS systems detect and compensate automatically for dust contamination on the sonic sensors and the systems are continuously calibrated online,said Mr Fuchs. This happens as ‘no-load auto-calibration’ in a split second in panel gaps on the production line. Slow signal changes caused by continuous build-up of dust on the sensors will also be continuously compensated, says the company.

“Also, interest has been high for the new PLY-SCAN version from plywood mills in various countries. In fact, this generation of systems has become very successful in the market.”

All three systems have a similar design, but differ in some electronic components, the method of data processing or the use of additional reflection receivers. Which model should be used depends on the field of application.

This new range of equipment adds to the extensive list of machines developed and marketed by EWS for the panel manufacturing industry, says the company, all being engineered and made in Germany. 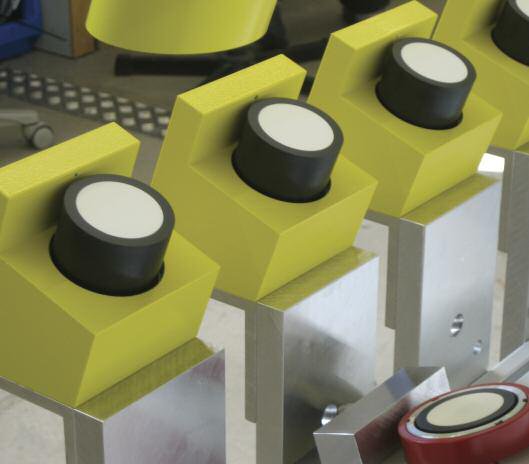 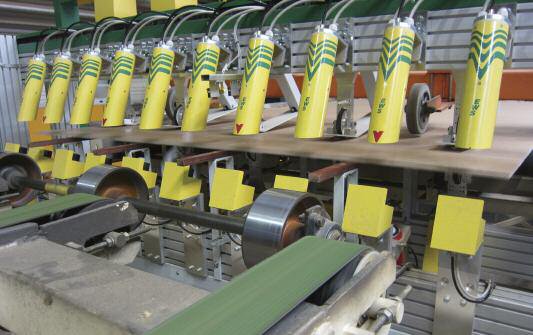