Apsheronsk is set to commission one of the largest MDF facilities in Russia, as Eugene Gerden reports.

One of Russia's largest facilities for the production of MDF will soon be commissioned in the Absheron area of the Krasnodar region by one of the country's leading woodworking companies, PDK Apsheronsk, according to the Krasnodar government.

Gennady Zamotaev, general director of Apsheronsk, says the project will be one of the largest plants for the production of MDF in Russia, while the volume of investment in the project is estimated at 15 billion rubles (US$400m).

The majority of funds are being allocated from within the Apsheronsk enterprise, while the rest is being provided by Vnesheconombank (VEB), a Russian state corporation which specialises in the support and development of the Russian economy and management of the national state debts and pension funds.

An agreement for the building of the plant between the investor and the government of the Krasnodar region was signed as far back as 2005 during the Sochi Economic Forum, however, due to certain issues, implementation of the project was postponed until 2014.

In fact, construction works started in 2007 but, due to the beginning of the global economic crisis, building of the plant was carried out at a slow pace.

According to the initial plans of the investors, the plant should have been commissioned in 2012, however, due to the technical complexity of the new facility, and the need for the owners to purchase additional equipment, the date of commissioning was postponed.

The plant is built on the site of the existing JSC "PDK Apsheronsk" wood processing company, on an area of almost 50ha. So far, all the production lines of the new complex have already been installed, including the Siempelkamp Generation 8 ContiRoll press.

The new plant will have the capacity to produce 300,000m3 of MDF per year and the production of laminated floors with a capacity of more than 8 million m2/year.

The plant will specialise in the production of MDF from hardwood (oak, hornbeam, beech). This will make it one of few facilities of such kind in Russia, taking into account that MDF production by the majority of Apsheronsk competitors in Russia is mostly based on softwood.

It is planned that the plant will be commissioned soon and is expected to reach its design capacity of 300,000m3/year of MDF in the middle of the current year.

The plant will use low-grade wood, supplied from the local region. It is planned that the annual volume of supplies of raw materials for the new plant will amount to 600,000m3, with the possibility of a significant increase during the next several years.

To date, Apsheronsk has already signed long-term agreements on the lease of forest areas in the Krasnodar region with the Ministry of Natural Resources of Krasnodar Territory. It is planned that all the wood for the needs of the new plant will be supplied from the Apsheron, Goryacheklyuchevsky, Tuapse, Belorechensky, Mosty and other districts of the Krasnodar Territory.

The company has already started logging, forestry and fire works on the territory of all the five districts.

In the case of laminated floors, establishment of the new plant will allow Apsheronsk to occupy 10-12% of the Russian market for this product. In addition to the domestic market, among the major sales markets for the new plant will be the CIS region, as well as Central Asia and Kazakhstan. The company has also not ruled out the possibility of the start of supplies of its production to the EU market, hoping for a high demand there, due to the good quality/price ratio of its products.

It is planned that the majority of future production of the plant will be supplied to large furniture factories throughout Russia and sold through wholesalers and hypermarkets specialising in the sale of building materials.

According to Zamotaev, the plant has a favourable geographic location, being situated in the south of Russia, in contrast to the country's other leading facilities for the production of MDF and laminated floors, which are mostly located in the European part of the country.

The payback period for the project is estimated at 10.3 years, while the new plant will create more than 1,100 new jobs.

At the same time, the company currently has no plans to use future MDF production in the manufacture of furniture, as proposed by some top officials from the Krasnodar regional government, due to its high cost.

According to the expectations of Apsheronsk, the establishment of a new MDF facility will allow it to become one of Russia's leading MDF producers in the medium term and to contribute to further growth and development of the Russian MDF market.

At present, the capacity of the Russian MDF market is estimated at 1.8-2.0 million m3; 15-20% higher than the pre-financial crisis level in 2007-8. Among the leaders in the market are Kronospan, Kronostar, and Partner-Tomsk companies, each of which control an average of 10-12% of the market. The share of imports is 23%. This is significantly lower than the import figure of 2005, which was at the level of 34%.

At the same time, according to analysts' predictions, imports will continue to decline during then next several years, as, due to the current economic crisis in Russia and devaluation of national currency caused by Western sanctions and the countersanctions of Russia, further supplies of MDF from abroad will no longer be profitable for the Russian producers of furniture and for building companies.

During the period of 2005-8, MDF production in Russia increased by 40%, which was mainly due to the ever-growing demand from the domestic building and furniture industry.

The economic crisis resulted in a 19% decline in the market compared to 2008. However, so far, the market has almost fully recovered from the global recession.

According to initial analysts' predictions, the demand for MDF should continue to grow during the next several years, but due to the current economic crisis in Russia, these predictions may be revised. Analysts say much will depend on further development of the domestic market for housing.

At present, the majority of facilities for MDF production in Russia (49%) are located in the Central Federal District of the country.

There is a possibility that Apsheronsk's project is the first in a series of industry investment projects that could be implemented in the Krasnodar Territory during the next several years.

According to the recently announced plans of Alexander Tkachev, the governor of the Krasnodar Territory, a new cluster for panel production should be established in the Apsheronsk region by 2017-18.

According to Mr Tkachev, this will be mainly due to the favourable geographic location and rich resource base of the Apsheronsk company, which operates more than 300,000ha of forest land in the Krasnodar Territory. About 20% of this area accounts for valuable wood species. 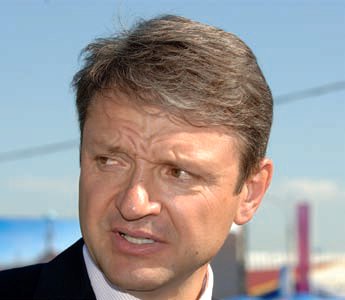 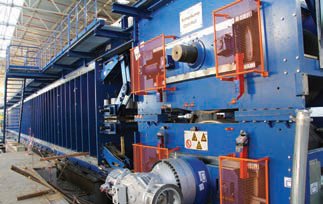 The Siempelkamp Generation 8 ContiRoll after installation

The new MDF plant during construction 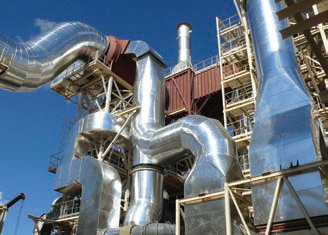