In recent times we have reported on a number of takeovers of one machinery company by another as the complete line suppliers add to their competence in certain areas of supply to the panel production line. However, in this issue, it is some of the panel manufacturers who are making the news in terms of buying each other out and that is happening in South America.

In the most notable of these takeovers, Chilean panel making group Arauco has joined a bigger league, so to speak, by taking over North American panel producer Flakeboard and its seven MDF and particleboard mills in Canada and the US, for the sum of US$242.5m.

You may remember that Arauco had already bought the Uniboard mill in Moncure, North Carolina last December and has now declared itself determined to "become one of the most important actors in this market at the global level".

Meanwhile, in a smaller international acquisition in South America, Ecuadorian panel maker Cotopaxi has come to the financial rescue of Uruguayan manufacturer Urupanel.

Still in South America, Duratex of Brazil is initially to acquire 25% of Colombian panel maker Tablemac, with the expectation that it will increase its shareholding to 46.4% within two years.

It is not only in the field of takeovers that South America currently stands out among the world's panel making regions.

In Part 2 of our annual survey of the MDF industry, (countries outside Europe and North America), South America seems set to add over 2.9 million m3 of new capacity by 2013, if all planned new construction goes ahead. I add that word "if" because the region does have a history of not always keeping to 'plan A' when large volumes of new capacity are announced.

Nobody will be surprised to hear that China plans the biggest increase in MDF production capacity, with a large number of multi-opening and continuous lines (both imported and domestically produced) on the drawing board for the next couple of years.

South East Asia is in third place for new MDF capacity in the 'Rest of the world', with over 1.3 million m3 planned.

All that new production capacity has of course been good news for the machinery manufacturers in the last few years of turbulent economies in western Europe and North America, providing them with bulging order books.

There is, however, a note of caution among those machinery makers now as they wonder where the next orders for complete lines will come from. China is showing signs of slowing its economic growth and there are murmurings about South America's future growth as well.

In the meantime, it looks as if there will be a lot of new MDF capacity looking for markets. 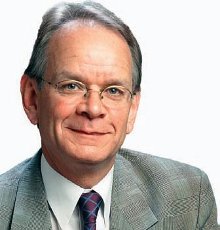