In my Comment column in the last issue, I said that I was looking forward to Ligna and believed that it was going to be blessed with a good number of both exhibitors and visitors. The good news is that I was right.

All the exhibitors that I spoke to at the exhibition in Hannover in May were very pleased with the quality of visitors they had welcomed to their stands. They were also pleased with the geographical spread represented by those visitors - the organisers say that more than 40% of them came from abroad.

If there was a note of disappointment from exhibitors, it came from the fact that Ligna and Interzum had 'changed places' this year, with Interzum - the interiors show - coming after Ligna rather than before it as it has in the past. It was felt that this had led to some confusion and a possible adverse effect on the flow of visitors to Hannover. Those who did not like this year's scheduling will be pleased to hear that in 2015, Interzum will come before Ligna.

Meanwhile Interzum, held in Cologne in the week after Ligna, had a similarly upbeat atmosphere and the aisles were crowded with 53,000 visitors from 148 countries looking for the latest designs and trends. According to the organisers, 70% of those visitors came from abroad, particularly Asia, North America and eastern Europe.

We will be publishing our reviews of Ligna and Interzum in the August/September issue of WBPI, when exhibitors have had more time to assess the results.

Staying with the good news, the recovery in housebuilding in the US seems to be showing no sign of faltering and OSB manufacturers are experiencing high levels of demand, and increased selling prices, after a long period of very poor markets.

As there will inevitably be a delay in increasing output from still-running mills, and restarting mothballed ones, there could also, it seems, be an opportunity for OSB mills outside North America to export to that market, although European producers are also already busy.

Backing up these positive views on the US are several news stories in this issue about North American panel producers reporting very positive figures for the first quarter of this year.

According to our economic expert Bernard Fuller (p48), while there is still an over-supply situation for particleboard manufacturers in North America, MDF/HDF is not in such abundant supply and he thinks there is a good opportunity for expansion in the US.

Meanwhile, Part 1 of our world MDF survey shows that Turkey and eastern Europe continue to build a lot of new capacity to come on-stream in the next couple of years.

We still live in uncertain economic times worldwide, but at least things do seem to be moving in the right direction in some regions. 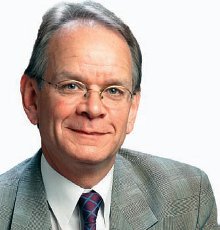