In our Focus on OSB in this issue, we once again list all the mills in the world and assess the markets for their production in 2011 and looking ahead to 2012 and beyond. On the surface, little seems to have changed since our report last year, but you have to look a little deeper for the detail.

Nobody expected good news from North America in an industry so heavily dependant on housebuilding, so they won't be disappointed to hear that demand in 2011 remained low and mills remained closed and/or mothballed. Nevertheless, there was a small increase in output.

There is also talk of a 'light at the end of the tunnel' in 2012, with the big producers expecting some upturn in housebuilding. But let's not get carried away - all these forecasts contain caveats concerning whether or not the economy does indeed improve.

However, further learned insights on the North American situation are available in our Focus on North America, for which we have to thank WBPI's new North America correspondent, Steve Ehle. Both the APA and Virginia-Tech see some signs of recovery, albeit tentative. Meanwhile, the European OSB producers were again able to sell all they could produce in 2011, though not at the prices they would like. It was the third consecutive year of good volumes.

The big news in 'greater Europe' is the number of new, large, Russian OSB projects which are underway and promised. If they all go ahead over the next two to four years as planned, we may be reporting a very different story about the supply/demand balance in the continent as a whole. Will eastern mills be supplying the western mills' current markets, or will they only supply more locally? Only time will tell.

My recent visit to China took in a number of new mill projects underway, in MDF and, increasingly, in particleboard. We will present those stories in the next issue of the magazine.

My trip coincided with the annual meeting of the National People's Congress (NPC), which always provides interesting snippets of news in the English language China Daily newspaper.

Premier Wen Jiabao announced that the government would be giving priority to boosting domestic consumption, while cutting the economic growth forecast for 2012 to 7.5%.

One way the government proposes to do the former is by reducing import taxes on a large number of consumer and luxury goods. More relevant, and worrying, to the country's panel industry was Mr Wen's statement that housing prices would be "reigned in": "If we blindly develop the housing market a bubble will emerge in the sector," he said. "When it bursts, more than just the housing market will be affected; it will weigh on the entire Chinese economy."

That statement weighs on the minds of the panel producers, who of course need a buoyant housing market. 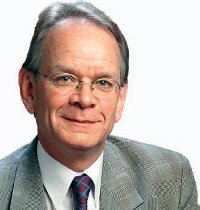