Wood processing would not be high on most engineers' list of industries in need of wearResistant lining systems, but wear protection specialists Kingfisher industrial’s activities in this sector are increasing, says the company

With the current trend towards the use of biomass as a substitute for fossil fuels in the power generation sector, the wood processing industry has come under increased pressure to use a greater percentage of recycled product.

A similar problem was experienced by a well-known wood processing plant in Romania: it utilises recycled material to make wood based panel products and with over 17 manufacturing plants worldwide, being a global manufacturer, it needs to ensure that its production facility was producing up to standard, and consistently, 24/7.

Blending recycled material with traditional wood now accounts for the vast majority of finished goods within the wood panel sector. However, the influx of recycled product, which is often contaminated with abrasive foreign matter means that wear protection has become a major issue within the wood processing industry.

Degradation of the plant due to the contamination of lumber from felling and subsequent handling is also an issue.

Kingfisher's client was having issues with its existing cyclone, as sections had completely worn through and perforated. After carrying out non-destructive testing (NTD) inspection of the cone, it was shown that its structural integrity had been compromised and that it was not strong enough to hold a robust, wear-resistant, lining system.

The client had invested in a wear-resistant lining system on the upper side cone area in October 2013, when the cyclone was re-built. A further repair to this section was then carried out in 2015.

Following an assessment during a maintenance stop in 2018, engineers identified that the top side of the cylinder area, which is subject to the gas and chemical content, had severe levels of wear taking place on the concrete lining, where the thickness now recorded various levels ranging from 25mm as the initial thickness to 20mm in some small surfaces, with the upper side cone now measuring 15mm. In some areas, the base of the steel structure was visible.

On the downward section of the cyclone, the client had installed vortex breakers, which significantly reduced the levels of wear. However, even these had shown significant depletion.

John Connolly, managing director of Kingfisher, said that the company's customer had confirmed that significant levels of wear and abrasion had occurred at the entry and exit points on the flue gas cyclone, as high levels of ash were generated from the use of recycled material; and burnt using a steam hot gas generator.

A cyclone works with a centrifugal, as opposed to centripetal, force; heavier particles of the bottom ash fall down the cyclone, whereas lighter and cleaner air is circulated upwards through the flue gas outlet.

Again, due to the high temperatures and the abrasive and corrosive characteristics of the gas, the upper section of the cyclone also requires a degree of surface protection. Kingfisher specialises in offering a range of wear-resistant liners fit for this process; and for the equipment itself.

With a range of ceramic, polymer and metallic systems, and with Kingfisher's extensive knowledge of the wood processing industry, the company says it is able to recommend a best-suited application system for equipment enduring excessive levels of wear and abrasion, caused by handling bulk abrasive and contaminated materials.

Following continuous dialogue with the technical team at the plant, the customer advised that it was interested in incorporating a combination of wearresistant lining systems to suit the different processes within the cyclone.

Kingfisher was awarded the contract to install both sections of the cyclone at the plant in Radauti, Romania during the annual maintenance shutdown period.

The installation process took a week to carry out and Kingfisher says its experienced technicians worked with the client and its production operatives to ensure the installation was carried out and completed in good time before the plant was put back into service.

To tackle the various different characteristics of the process, Kingfisher's technical team advised the client to install its K-CAST Ceramic Wear-Resistant Lining System on the upper side cone and Kingfisher’s K-ALOX Ceramic Wear-resistant Lining systems on the lower cone section, which had been newly manufactured and then installed on site.

To ensure a reliable system is offered on the lower cone, Kingfisher offered the customer a tailored ceramic system. Once the lining had been completed on both sections, the cyclone was re-erected in-situ and sections were welded in place.

“We secured this contract due to Kingfisher’s reputation within the wearresistance industry," said John Connolly.

"This has been developed over 10 years of working with the engineers of this multi-national manufacturer. Our ability to undertake a full site survey, redesign the casing geometry to compensate for the new protection system, propose and produce manufacturing drawings for the client to approve, together with carrying out all manufacturing activities, ensured total compliance to the client's expectations of quality, delivery and value for money. This 'one-stop approach' reduced the possibility of failure due to a protracted supplier chain, where the risk of non-performance could have had extreme consequences had the casings not been delivered during the annual maintenance window.”

Kingfisher says it has secured a number of other projects within the wood panel manufacturing sector. One was for a wellestablished South Korean company, whose team of maintenance engineers visited Kingfisher during Ligna. This customer also produces wood panel products and showed significant interest after viewing the range of different applications and equipment Kingfisher was showcasing during the event. Wear-resistant lining specialists were requested to submit a proposal based on the best lining system to incorporate within the client's curvature to increase life expectancy. The existing pipework was subjected to handling coarse, abrasive, recycled wood. Due to the abrasiveness of this material, as the wood travelled through the bend at high velocities, its steel structure was becoming perforated, causing material to leak through. Material spillage and leakages can have adverse environmental effects on the manufacturing process, causing production stoppages and downtime on production output.

After reviewing process details, Kingfisher discussed manufacturing a new curvature, but this time lined with Kingfisher K-ALOX ceramic wear-resistant lining. The project was begun and installed in February 2018 after discussions with the engineers. After 12 months of the new equipment being in-situ, the pipework has worked successfully, says Kingfisher, and the engineers are said to be very impressed by the outcome of the system.

Previously, pipes were lasting six to 12 week before the customer was replacing them with new equipment.

In the long term Kingfisher says it was providing the return on investment (ROI) required by its client in key assets and equipment. ?? 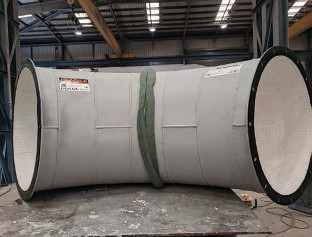 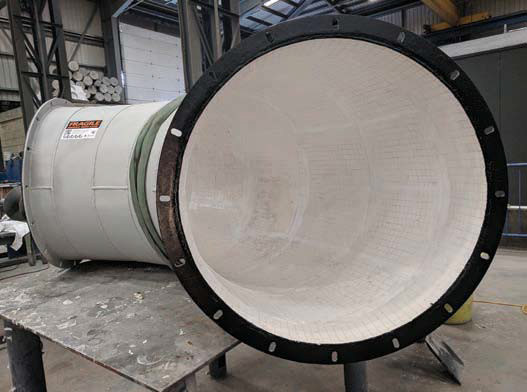 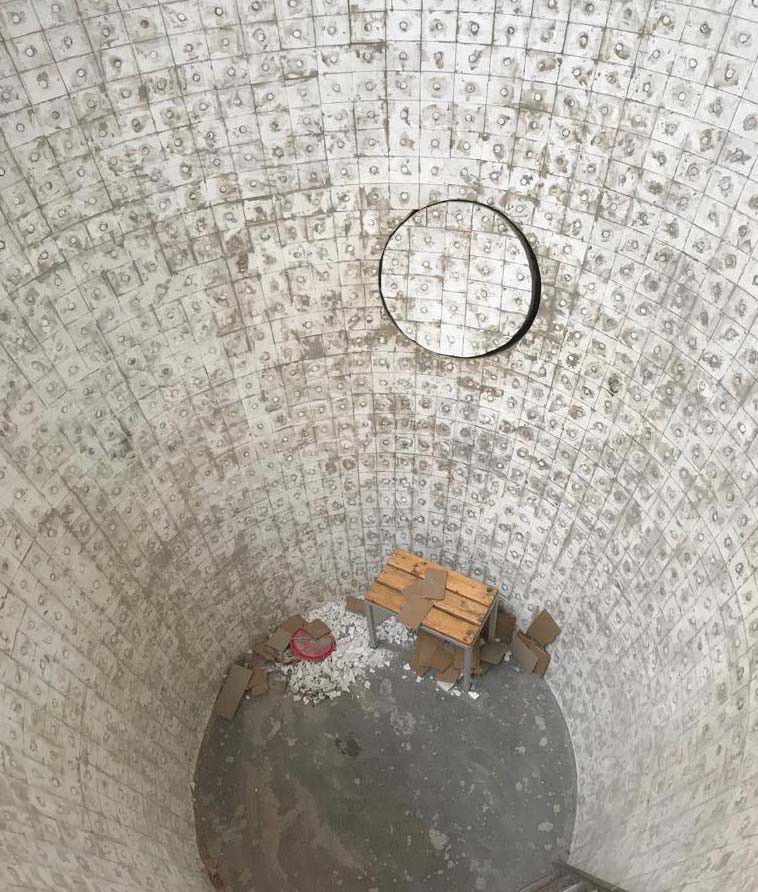 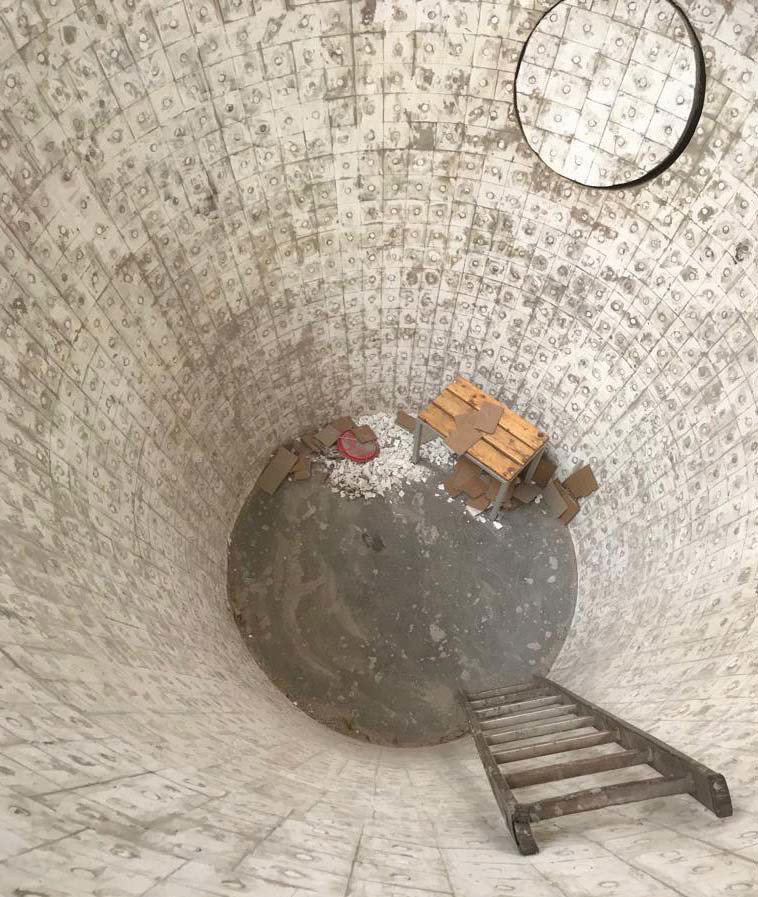 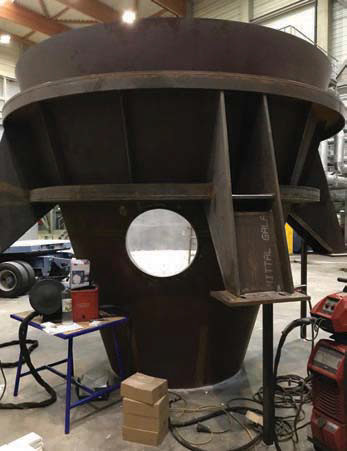