pH and why you need to know it

As many of you will know, the vast majority of wood based panels are made using formaldehyde-based resins. The curing rates of such resins are very dependent on the pH of the environment in which they cure and so the pH of the wood species used can have an effect on adhesive cure.

The pH scale is an indicator of the concentration of hydrogen ions (H+) in solution such that solutions with a pH of 7 are considered neutral, whereas those with a pH of less than 7 are acidic and those higher than 7 are alkaline, or basic.

All wood species have a pH and most species are naturally acidic, with the vast majority having a pH of between 4.0 and 5.5. Of course, there are examples of strongly acidic species like Douglas fir (3.3) and alkaline species such as African Blackwood (Dalbergia melanoxylon). An indication of the pH of a wood can be obtained by soaking wood particles in distilled water and measuring the pH of the solution some time after. This only gives part of the picture as wood also contains non-soluble acid groups in the cell wall polymers. But this is getting into too much detail.

If a near-neutral species is used then an adhesive may not cure sufficiently, or if a strongly acidic species is used then pre-cure may result. Pre-cure is caused by premature cure of the adhesive in the surface layers of a composite and so when the press closes further the pre-cured resin bonds are broken. It can be identified by loose particles or fibres on the surface.

The pH of the raw material is not usually a problem if it remains fairly constant, but if it fluctuates then the quantity of hardeners and buffers added to the adhesives must be continually altered to suit the wood in use. Differences occur between species, within species depending on where the tree grew, and within the tree (principally a difference between heart and sapwood). In addition, the pH and buffer capacity of wood can change with storage time and conditions.

The term buffer capacity used above refers to the wood's resistance to a change in pH. If a wood with a high buffer capacity is being used then a lot of acid or alkali must be added to change the overall pH of the mixture. More often than not it is the buffer capacity fluctuation which causes the most problems. Consequently, there have been attempts to predict buffer capacity on-line using Near Infra-Red (NIR) spectroscopy.

Buffer capacity and pH of the wood we use to make panels are two variables that we cannot control. If we measure them, then we have a chance to react to changes and adapt our production. 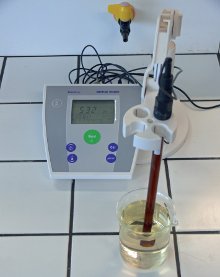 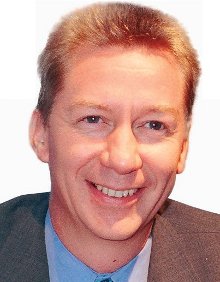