Two plants for the production of OSB may be commissioned in the Russian Perm Krai region during the next several years, according to Viktor Basargin, the governor of the Krai region. Eugene Gerden reports from Russia.

Viktor Basargin, the governor of Perm Krai, (a federal subject of Russia located between the east of the East European Plain and the western slope of the Middle Ural Mountains) spoke about the plans for two new OSB plants to be built in his region.

"One of these projects involves the building of a factory for the production of OSB in the city of Tchaikovsky and this line is expected to be commissioned by the end of 2015," he said.

"At the same time, implementation of another project should be completed in 2017 and involves building another plant for the production of OSB with a capacity of 600,000m3/year in the city of Krasnokamsk". In the case of the Tchaikovsky project (a Dieffenbacher continuous line), building of the plant is to be carried out by the local Oris company. The plant will be built in Tchaikovsky, a town in Perm Krai, located on the Kama River, 325km southwest of Perm, by the end of 2015.

According to initial plans of Oris, the plant should have been commissioned in Q4, 2013. However, due to certain problems, the launch was suspended until the end of 2015.

According to Elena Kuzichkina, an official spokeswoman of Orion, implementation of the project has shifted due to changes in the company's board, which is reflected in the fact that the company has changed three general directors in the last few years.

Ms Kuzichkina also added that the initiative for the building of the plant was put forward for the first time by investors, and the Perm government, in 2008. However, due to the beginning of the global recession, implementation of the project was suspended.

The total investment in the plant is estimated at about US$300m. Of this, about US$187m was provided by the Promsvyazbank, one of Russia's leading banks, in the form of a loan, while the remaining funds were allocated from the company's own resources.

The Perm Krai has favourable geographical conditions for the implementation of the projects. At present, forests cover 70% of the territory of the region, with about 60% of the reserves accounted for by good quality softwood.

The company expects that implementation of the project will also bring other significant benefits as, according to its expectations, the Russian OSB market should double during the next few years.

According to a spokesman for Orion, future production of the plant will be sold through the company's dealer network of large wholesalers, which will re-sell it to construction companies.

The company expects that 92% of its products will be sold to housing companies, while the remaining 8% will go to furniture and packaging producers throughout Russia and abroad.

According to analysts at the Russian Ministry of Industry and Trade, Orion has chosen the right time for the commissioning of its long-awaited OSB plant in Russia as local demand for that panel is growing steadily, despite the current economic decline in Russia and devaluation of the local currency, the ruble, caused by Western sanctions.

According to analysts' predictions, the demand for OSB in Russia will grow to 1.2 million m3 by 2020, driven by the local housing industry because the market share for timber frame and prefabricated houses is expected to grow from the current 30% to 50% by then.

The same view is shared by Dmitry Taganov, head of the department of analytics at Incom corporation, one of Russia's leading real estate agencies, according to whom future production of the plant will be in high demand in Russian construction.

It is expected that Orion's project will not be the only one in the field of OSB that will be implemented in the Russian Perm region in the short term. Recently, Swiss Krono received the positive findings of a state ecological appraisal for the building of its plant in the Krasnokamsk area of the region. This means that the company may launch construction works soon.

It is planned that the plant will be commissioned by the end of the current year, or the beginning of 2016. The volume of investment in the project will amount to RUB8.5bn (US$200m).

According to Viktor Basargin, the capacity of the plant will be 600,000m3 - higher than the initially-planned 460,000m3. The new plant will also create more than 500 jobs.

One of the company's main arguments for the construction of the plant in the Perm region was the existence of local production of synthetic resins, owned by JSC MetaDynea.

At present, Krono Group operates a plant in Russia located in the city of Sharia (Kostroma region) and that has a total capacity of one million m3 of particleboard per year.

Currently Krono Group, which operates in Russia under the Kronostar brand, remains the largest producer of particleboard in Russia.

Together with Kronospan Russia, which operates a plant in the city of Egorievsk (Moscow region), it controls up to 60% of the domestic market.

In 2007, Austrian headquartered Kronospan signed an agreement with the government of the Perm region for the building of a plant for particleboard production.

It was supposed to be built in the Perm's Dobryanka district, while the total volume of investment was estimated at US$300m. However, due to the crisis, these plans were never implemented.

After the end of the crisis, Perm authorities offered Kronospan the chance to build its plant in the city of Kukushtan, however the Austrian company decided to build a plant in another region of the country, Bashkortostan, where in August 2012 it signed an investment agreement with the local government.

In the meantime, it is expected that Perm will not be the only Russian region where a new large-scale OSB facility will be established.

Recently, the intention to build a large facility for the production of OSB in the Omsk region, a federal subject of Russia located in southwestern Siberia, was announced by AVA Company, one of Russia's largest wood processing enterprises. The volume of investment in that project is estimated at RUB8bn (US$200m).

According to Alexander Matnenko, Deputy Minister of Natural Resources and Environment of the Omsk region, the capacity of the plant will be 250,000m3 /year, while the volume of wood processed will be 700,000m3. Implementation of the project will be personally controlled by Viktor Nazarov, the governor of the Omsk region.

According to Armen Babajanian, general director of the AVA Company, part of the funds for the project will be provided by the government of the Omsk region, while the remaining will be allocated from the company's own resources and bank loans. 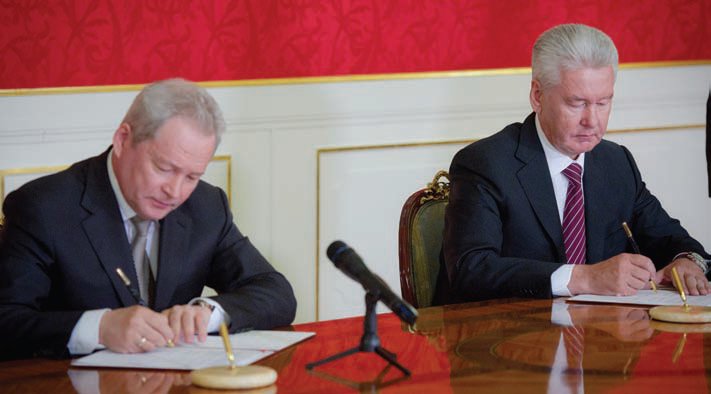 Agreement signing for the Tchaikovsky plant 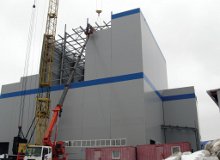 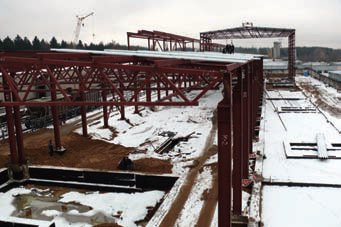 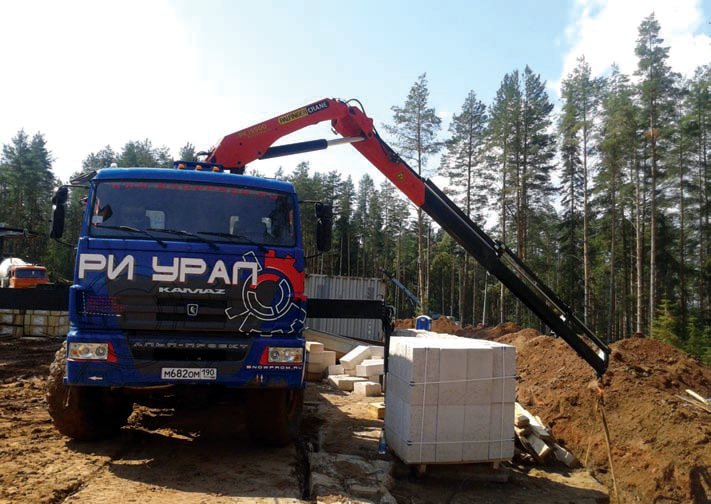 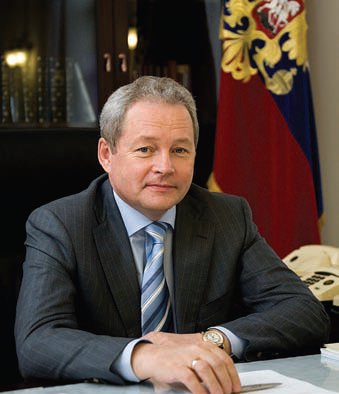 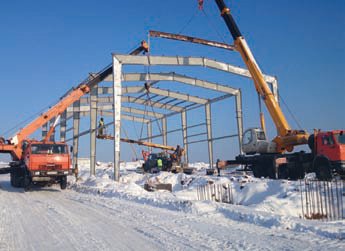