2020 is looking to be a landmark year for Accsys Technologies plc, the company behind Accoya wood and Tricoya wood elements.

For a start, the figures are looking more robust than for many years, with the interim results for the six months ended September 30 showing total group revenue up 39% and gross profit up 83% to €12.8m. Gross margins were up by 6.9% to 29.1% as a result of higher sales volumes, an improved product mix and higher selling prices. The company has passed the milestone of 12 months positive EBITDA trading.

Then there is the prospect of more production coming on stream, notably at the new Tricoya wood chip facility, which should be operational by the end of this year. In fact, by then the company will have 150% more production capacity than it did at the beginning of 2018.

Presiding over the business since Paul Clegg stepped down from the chief executive role in December 2019, after just over 10 years at the helm, is Rob Harris, a self-professed “manufacturing and marketing guy” who has held many global leadership roles during his varied and successful career.

Mr Harris has worked in various sectors, including oil, petrochemicals, refining, metals, plastics, recycling and renewables and has a track record of strategic development and growth, both by organically growing companies but also by deploying capital – manufacturing plants on the ground around the world, for example.

He worked for BP for 19 years, with a break in the middle spent at Exxon Mobil and had his first “taste” of the timber industry during that time when he was involved in the development of the wax emulsions business for wood-based panels.

Mr Harris subsequently worked in private equity for five years, then in corporate venturing for two years at Reliance, India’s largest company. A seven-year stint as European CEO at Eco-Bat Technologies Ltd, a global energy storage product recycling business with sustainable values and annual revenues around £1.5bn followed, before he took up his current role at Accsys in November 2019.

“I already knew about the company through my BP heritage but what really attracted me to Accsys was the growth potential,” said Mr Harris. “The company is uniquely positioned – it has distinctive, innovative products that are fully aligned with global market trends and the sustainable climate of our era. We also have world leading technology, increasing demand from very loyal customers and market propositions that can be deployed anywhere in the world. Plus, and most importantly we have great talent working here.

“There is currently a lot of greenwashing in this world but Accsys is actually making a difference. The whole team is passionate about protecting the planet and our entire business is aimed at doing just that.”

The new leadership does not spell wholesale change, with Mr Harris committed to executing the growth strategy that is already in place, with the priorities being the commissioning of the Tricoya wood chip manufacturing plant in Hull by the end of this year and the progression and further expansion of the Accoya factory in Arnhem. Partnership projects in the US and Asia are also being pursued with measured vigour this year.

The company’s marketing tactics are changing, with the aim of extending the reach of the Accoya and Tricoya brands.

“We want to get the brands to a broader consumer market, so the end customers know they have the option to buy these sustainable products,” said Mr Harris, adding that the full range of digital and social media will be in the company’s marketing armoury.

“It is also very exciting that George Neel, whose background is consumer marketing, has joined our company as group marketing director,” he added.

Market acceptance of Accoya and Tricoya is “very, very strong” and it is this, of course, that is largely responsible for the uplift in the finances but it’s not the whole story.

“Originally the business was all about licensing the technology and that was on the basis of having the intellectual property within the company such that people recognised the value. The problem with that model was that the technology hadn’t ever produced anything on a commercial scale. So, the business model changed and while we still offer licenses for our technology we are now vertically integrated into manufacturing.

When that changed, revenues started flowing in, which is improving and step changing the long-term profitability outlook.

“The other factor is that we have very patient shareholders who recognise that within the timber industry we have this disruptive technology, which is very capital intensive. To grow the business, we have to put a lot of investment into new facilities and they understand that and believe in what we are doing.”

To illustrate that point, Mr Harris reported Accsys raised €46m for investment through various offerings of equity in the market just before Christmas. “It was about 40% oversubscribed – that tells you we have something very special here.”

Investment in production capacity will certainly be welcome news for customers as many are on allocation for several products.

As the longer-established product, Accoya is leading the charge. Tricoya has significant pent-up growth potential, with demand only limited by the allocation of bespoke production capacity from the Arnhem Accoya plant.

“With Tricoya we have seeded the market and can see that demand is exceptionally strong – maybe even stronger than for Accoya in terms of volume. It’s probably got the strongest pull at the moment but we’ve only sold a very small amount because we haven’t had commercial quantities available. “Hull will change that – it will dramatically increase our production capacity for Tricoya, with customers ready and waiting for the product,” said Mr Harris.

As reported previously in WBPI sister title, TTJ, Accsys is in the midst of doubling capacity at the Accoya plant in Arnhem. The third reactor is operational, bringing output to 60,000m3 per year. That extra capacity is already stretched, so the focus now is on the fourth reactor, which is due in 2022 and will bring capacity to 80,000m3 per year. Planning and engineering work for the reactor is currently under way.

Meanwhile, work continues apace in Hull at the Tricoya plant, which is being built by a consortium of Accsys, BP and MEDITE. As mentioned, Accsys’ current plan is to have it commissioned and operational by the end of the year.

“It will give us around 30,000 tonnes of Tricoya chips a year, which will then be converted by our key partners, MEDITE and Finsa, into around 40,000m3 of MDF panels,” said Mr Harris.

“These panels share the same key characteristics and benefits as Accoya, and MEDITE and Finsa sell them with a 50-year warranty for above ground use and a 25-year warranty for use in-ground or in fresh water.”

The Tricoya plant will be the first of its kind in the world and is a source of great pride and excitement, both within Accsys and among its partners.

“Our customers are so excited about the demand for Tricoya panels that they would actively encourage us to expand capacity [still further] as early as we can,” said Mr Harris.

“And one of the benefits of the Tricoya wood chips that we will supply is that the manufacturers don’t have to modify their process. Yes, they have to adjust the formulation but essentially it [the Tricoya chips] just substitutes straight into the panel making process – so there is limited capital investment needed by the panel manufacturer.”

The production process at Hull will differ from that at Arnhem in terms of the mechanics, rather than the chemistry, in that it will be a continuous process rather than the batch process for Accoya manufacture.

“The process for making the Tricoya chips is almost species-agnostic and there is a lot more flexibility in terms of the wood we can put through there, but we will focus on sustainable softwoods,” said Mr Harris, adding that the wood chips will be bought in from UK and European mills.

The company’s vision is to have an Accsys product in every major city of the world and, as mentioned, there is ongoing preparation for expanding capacity in the US and in Asia.

In the former it is running pre-marketing campaigns for both Accoya and Tricoya and it’s working with a potential partner, Eastman Chemical Company, with whom it has committed €1.5m on a feasibility study to jointly build and operate an Accoya manufacturing plant there.

Meanwhile, in Asia, work is progressing with Petronas Chemicals Group on a feasibility study concerning the possible construction of an integrated acetic anhydride and Tricoya wood chip production plant in Malaysia, with a conclusion to come after the Hull Tricoya plant becomes operational.

“The focus there [in Malaysia] is to develop some further technology to fit with the local infrastructure, by which I mean the timber species that are available there and the closed loop recycling of the chemicals that we use to modify that wood.

“We’d like to do a copy and paste of Hull but make it fit for purpose for that region, rather than for the UK. Once Hull is fully operational, we’ll take those learnings and use them in Malaysia.

“We have a very strong partner in Petronas, which recognises the whole ESG [environmental, social and corporate guidance] agenda and wants to be part of that with us.”

As for challenges ahead – the single biggest task is to commission the Hull plant and the second is to raise and deploy the capital investment to grow at a pace to hit the potential that is in the market without other materials coming in and “stealing our cheese”. Although, with a global portfolio of registered trademarks, a significant bank of trade secrets and 329 patent family members in over 40 countries in place, Accsys’ intellectual property is well protected.

“The third biggest challenge is to continue to build on the great talent base we have at Accsys,” said Mr Harris. “We are blessed at the moment; we have absolutely fantastic people. We are very excited with our mission to be disruptive in an industry with sustainable credentials ….. with our purpose to change wood to change the world.” 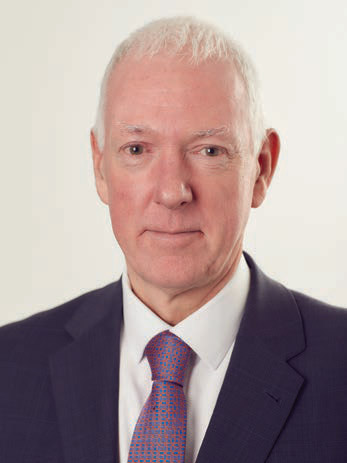 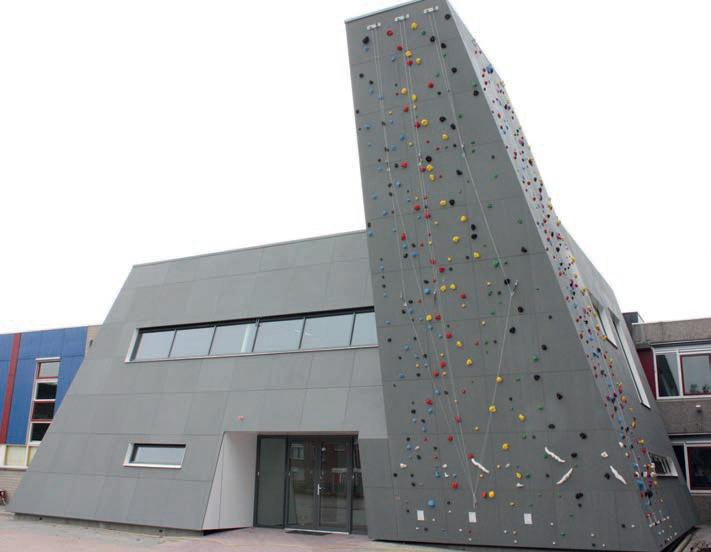 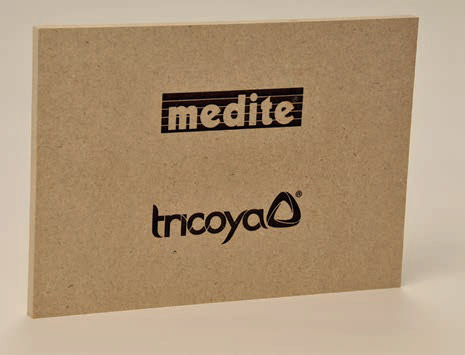