The first board on a new Siempelkamp short-cycle press at Dexco’s Agudos location has been produced in super quick time.

The timespan between the start of assembly and the first board was only three months, which Siempelkamp says is a record for its installations.

The short-cycle press line is the fourth that Dexco (formerly Duratex) is building with Siempelkamp at the Agudos location.

The contract for the current project was signed in November 2020; 73 days after the arrival of the last container.

The plant has a capacity of 240 cycles per hour. The project was realized by Siempelkamp teams from Brazil, Germany, and the Czech Republic together with the Dexco team.

Due to the pandemic, not all Siempelkamp employees travelled to Brazil for the first board – however, a live broadcast ensured that the German Siempelkamp team was able to experience the event digitally. 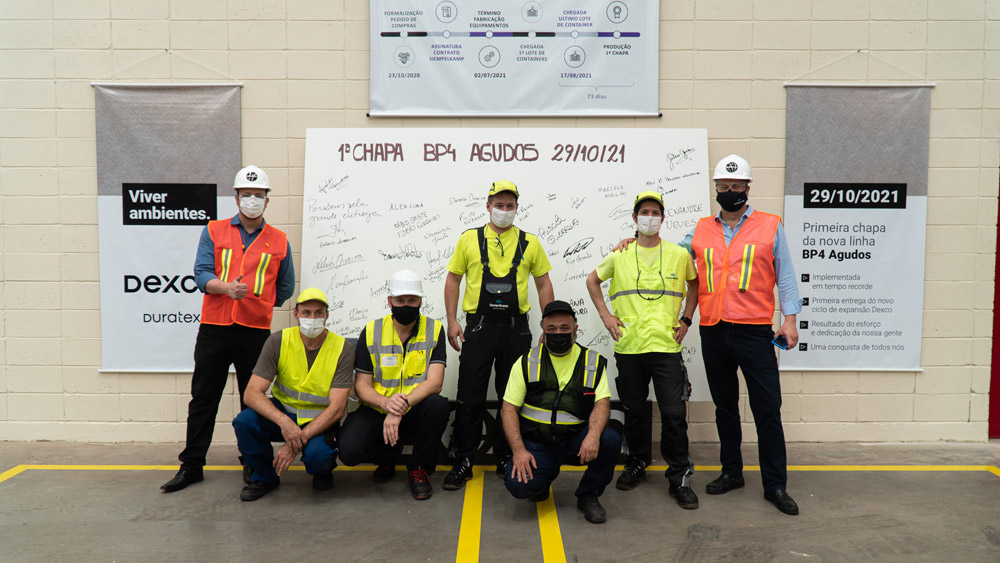