The EPF is ready for the future

The European Panel Federation’s (EPF) General Assembly in Lucerne, Switzerland, covered a vast range of subjects affecting the panels sector. Stephen Powney was there to bring this report

The event, always a great source of information on panel product markets, was opened by EPF chairman Paolo Fantoni, who said members cannot just follow national and continental strategies but, increasingly, inter-continental strategies are required. He predicted it could be a difficult future for small and medium-sized businesses, as producers require more investment and testing work.

New regulatory initiatives relating to safety and fire certification – and different interpretations of those rules – was also potentially hampering wood construction at national, regional and even municipal level. “This is not only in the construction field, but also in other sectors,” he said.

Mr Fantoni said he wanted to see greater transparency in discussion and “a great sense of responsibility among all of us”.

The EPF will put its energy into high competitiveness in Europe and becoming the organisation to which problems could be brought and dealt with, he added.

Martin Brettenthaler, CEO of Swiss Krono Group, and host for this year’s General Assembly, gave a background on operations of the group.

Its six million m3 annual production could fill the Two Great Pyramids of Giza, he said, while latest investments include a new, US$250m, Barnwell HDF mill in the US (the group’s 16th mill), due to start up this year; a new HPL facility in Poland; and a €52m Russian particleboard investment.

The 280,000m3 Barnwell facility is the biggest project in the company’s history. Siempelkamp is the plant supplier; with the project fully automated in terms of both data and machinery.

“We are excited about it,” said Mr Brettenthaler. “We are going to become a key player in the US market.”

“We are also going to invest considerably in OSB production in the future, to grow capacity,” he added.

“I think we have to look positively to the future. There are various challenges and opportunities, but also risks.

“The industry has been doing fine and there is growth in some of the markets, but there are certainly some rougher seas to come, sooner or later.

“We have to prepare to exploit for the good times but also confront the challenges of the future.

“There is new technology [Industry 4.0] which will change the relationship between suppliers, customers and buyers.”

He also mentioned Brexit and talk of trade wars. The answer, he said, was to be flexible and agile.

“It’s important that we as an industry form a united approach to face these challenges as the world is getting more complicated.”

He concluded by saying that the company would be exploring digital printing and looking to produce formaldehyde-free boards in the future; and to extend the borders of wood based panels with regard to moisture resistance.

Dr Christian Wenger, of Digital Switzerland, outlined the opportunities and risks of the greater use of digital technology.

He said the new 5G telecommunications standard was leading to exponential growth in data transfer.

“It is fundamentally changing the way we communicate via the mobile phone. It will change the way we do business. There will be a big, big effect.”

He said such digital changes will lead to 50% of today’s revenues being at risk due to shifting consuming spending, while 65% of modern children will perform jobs that do not exist today.

“There will be a moment when our human intellectual capacity will not be able to follow technological development.”

“We need to innovate, read a lot and learn a lot. People do not like change. Many see it as a threat – they fear they will lose their jobs.”

EPF MD Clive Pinnington outlined the performance of the European panel industry from the EPF’s annual report 2017-18, highlighting a 3% overall production growth in 2017.

Particleboard production capacity rose 0.4% in 2017, with the furniture industry being the biggest user (67%).

“We are increasingly looking at end-user industries to see where the products go,” said Mr Pinnington.

In contrast, softboard saw a 7% growth in production last year, to 4.9 million m3, with a total capacity of 5.7 million m3.

Despite progress, Mr Pinnington reminded delegates that markets for wood based panels are likely to become harder in the near future.

Mr Pinnington updated on the EPF’s advocacy, picking out Biomass/RED II as the major highlight. Here, EPF is delighted that its coalition advocacy of panels, paper, furniture, flooring and chemical industry federations, had succeeded in securing text in the European directive that should allow national governments to ensure respect for the waste hierarchy; and to verify that renewable energy subsidies do not create undue market distortions on raw materials (such as biomass for panels).

Closely behind Biomass/RED II is the E1 Compulsory Project, where EPF believes that it is on the right path towards realising the goal of making E1 the minimum acceptable emission level for panels in Europe.

Franck Goecke, senior principal at consultants Pöyry, covered Asian markets. He said China has by far the largest production capacity in the world: 240 million m3 in total, of which 52% is plywood, 32% MDF/HDF and 14% particleboard. The total installed capacity in the other Asian countries is: Indonesia seven million m3; Thailand nine million; Malaysia nine million; and India seven million.

China has an estimated total plywood capacity of 130-135 million m3.

Capacities increased, or remained stable, in all countries, but the capacity utilisation rate is low compared to Europe. In China, 35 particleboard mills are being built. Thailand is the largest Asian particleboard market – and the largest exporter.

The largest current MDF/HDF investors are India (although still at low levels), followed by Thailand. OSB is in the early phase in Asia, with some plants already in China and investments in Malaysia and Thailand.

The investment outlook for western Europe focuses on cost control and product innovation, while in the APAC the focus is on composite panels and MFC (melamine faced boards). The Asian markets are expected to expand further in the future.

He forecast moderate growth for wood and related industries (in the 2.5-3.5% region). Only 4% of the world’s ammonia/urea is in panels, whereas it is 70% for melamine. For methanol, the dominant demand is from China (but not for panels).

The methanol market price increased in Europe due to the World Cup, following transport restrictions for dangerous goods. Some 90% of global ammonia consumption is for urea.

No new capacities are announced for melamine, except in Russia.

For PMDI, the primary driver is the insulation market. In view of the high capacity-utilisation rate, prices are fluctuating and may achieve critical highs. Some relaxation of the situation is forecast. Amino resins are forecast to remain the number one resin for wood based panels in Europe, while new binders are in the pipeline, including amino/PMDI hybrids; and natural binders.

Mr Gutting said he didn’t think costly “beyond formaldehyde” approaches were ready yet.

“For us, it’s not about the replacement of formaldehyde based resin, it’s about reducing the level of emissions.” He announced the launch of a new BASF hybrid resin which would be a drop-in solution for manufacturers, capable of speeding up production by 62%. 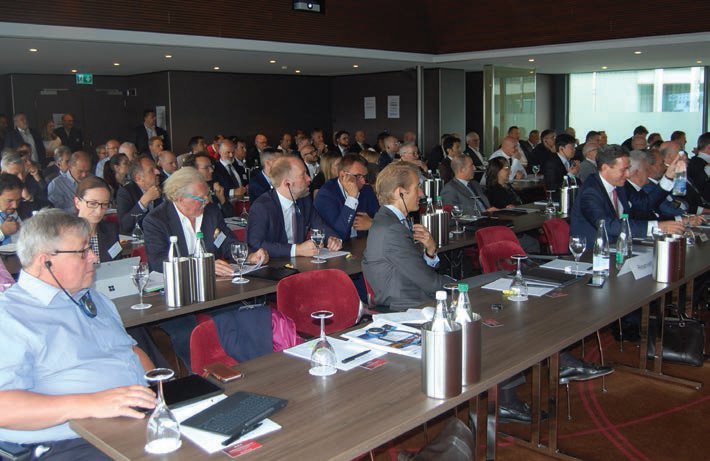 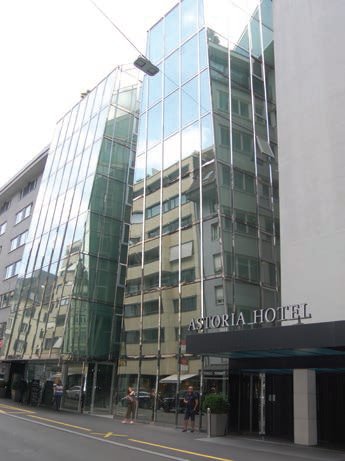 “We need to innovate, read a lot and learn a lot. People do not like change. Many see it as a threat – they fear they will lose their jobs.”

Clive Pinnington and Paolo Fantoni at the EPF General Assembly 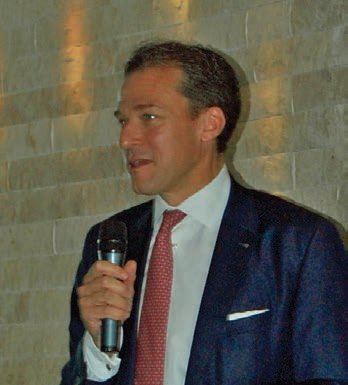 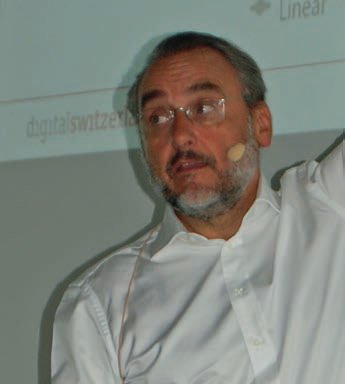