The climb out of the abyss continues

Bernard Fuller of Cambridge Forest Products Associates looks at the economic prospects for the North American panel industry in 2012-14 and finds good reason for optimism, tinged with some reasons for caution in this uncertain world

The year 2011 was another disappointing one for most North American panel producers. The overall market for structural and non-structural panels (OSB, softwood plywood, particleboard and MDF/HDF), at 33.9 million m3, was flat compared with 2010 and ran more than 40% below the mid-decade peak of close to 58 million m3.

This was despite overall economic growth of around 2-3% in the US and Canada in 2011 as the crucial construction markets (particularly new residential building) continued to lag the overall recovery in economic activity, at least in the US.

Nevertheless, there are signs of life in both North America's construction markets and the industrial sectors that are key consumers of wood panels such as furniture.

The US housing market continues to dig itself out from under the debris left by the bursting housing bubble. Inventories of unsold existing homes are being worked lower and prices are finally close to stabilising. Over the course of the next 18 months (barring another economic or policy shock), the foreclosure crisis will dissipate and fundamental demographic demand for housing will re-assert
itself.

In turn, this will be reflected in rising housing starts, particularly in 2014-15. In the meantime, rising rents and falling vacancy rates for rental units are boosting multi-family (apartment) construction, as well as the purchase of many foreclosed homes by investors who are returning these units to the housing market as rental units.

Several reports indicate that the balance between home ownership and renting is again shifting towards favouring home ownership. However, rigid bank lending standards (in complete contrast to the situation several years ago), plus uncertainty about home valuations, makes it difficult for borrowers to qualify for mortgages.

Until mortgage lenders return to a more reasonable stance, the full benefits of record-low mortgage rates (30-year fixed rate US mortgages below 4%) will not be felt in the US housing markets. It could take until mid-decade before these benefits are realised and at that point, rates are likely to be climbing and higher than in 2012, thus moderating the boost to housing.

In a complete reversal of early 2011, when winter weather was extremely unkind to construction activity, early 2012 witnessed one of the mildest winters on record.

Consequently, seasonally adjusted construction activity late in 2011, and early in 2012, was relatively high. However, much of this early-year activity simply borrowed from the Spring and so US housing starts will be hard pressed to again match the first few months of the year before the year's end.

Canadian housing activity also spiked in early 2012 but, unlike the US, the early strength seems to have persisted at least into April. However, in both countries, much of the strength in housing activity has not been concentrated in the wood-intensive detached single-family sector but in the construction of multi-family homes in either high rise structures (utilising structural steel and cement) or in low rise units that may be wood framed, but in all cases will average around one-half the square footage of living space of the average detached single-family home.

Meanwhile, Canada's share of the North American housing pie, at 23%, will remain close to its recent peak of 25%.

Offsetting the benefits of this growth for wood products producers will be the continued erosion of the single-family share of US housing starts, down to an estimated 60% - a share last recorded in the 1970s.

Inclusive of mobile home production, the forecast expects total North American new home production to reach 1.5 million units in 2014; the first time housing has been at this level since 2007 (see Figure 1).

This forecast is obviously not without risk. The largest of these risks relate to politics and policy. The US Presidential and Congressional elections late in 2012, if followed by Republican control of all three institutions (Presidency, Senate and House of Representatives), could precipitate an unwise rush down "Austerity Avenue" into a recession, or worse. The lack of political compromise since the 2010 election of a large group of economic Neanderthals to the US House of Representatives should be a cause for concern for all businessmen in North America, not least home builders and their forest products suppliers.

This forecast assumes that the US will 'muddle through' and that the dire consequences of ill-considered tax, fiscal and monetary policies will not be dumped on an already-weak global economy.

Even with a drop in the share of larger single-family homes, the increase in total starts will boost the total floor area of new construction, in part because average new home sizes have held up well.

In addition, rising employment and incomes will boost expenditure on repair and remodeling (R&R). In turn, these improvements should enable non-residential construction activity to turn around by 2013 (despite weakness in the public sector). Lastly, US industrial output continues to climb and will match its pre-recession peak at some point in 2013 (and perhaps before the end of 2012).

US furniture production also seems to have turned the corner and while absolute production levels are likely to remain well below previous peaks for many years to come, domestic furniture producers are no longer losing market share to imports and furniture plants are starting to return from Asia.

The precipitous decline in North American panel production since 2005 is an old story and is illustrated in Figure 2.

Also illustrated is the almost imperceptible nature of the recovery in production since the 2009 low.

Imports of OSB have been at or close to zero for five or more years; plywood imports, particularly from Brazil, almost disappeared from North American markets as of 2011; particleboard imports have been very small for several years (less than 2% of North American particleboard consumption); and MDF/HDF imports dropped in 2011 to their lowest level since 2002 and at 1.20 million m3 were 38% lower than in 2005. Nevertheless, imports of MDF/HDF still remained a significant proportion of the North American MDF/HDF market, accounting for 26% of total supply, but this was an aberration in North America's panel markets.

Overall, panel imports represented just 5% of total panel supply in 2011, down from over 8% in 2005. And excluding MDF/HDF, the import share was just 1.7% of total North American panel supply (OSB, plywood and particleboard).

Consumption of panels in North America in 2012 will grow in a fashion more similar to 2010 than 2011. Given the housing forecast discussed earlier, along with the general economic outlook for Canada and the US, a modest 4% increase in total panel consumption to 35.4 million m3 is predicted for 2012, led by 5% growth in production to 33.8 million m3 (imports are forecast to slip again in 2012).

The forecast increase in production will be led by OSB (+ one million m3, or 7% growth) and MDF/HDF (+0.47 million m3 or 14% growth) as imports of MDF/HDF slip and domestic producers therefore gain market share.

However, import growth is expected to outpace the increase in domestic North American production for several reasons: First, North American producers will start to run into medium-term capacity constraints in 2014-15, as mothballed capacity will only be brought back on stream after prices and profitability have recovered and producers are reasonably confident that the recovery is 'for real'. Much of this moth-balled capacity will take more than six months to bring back on-line and in some cases the lag could be over one year after a decision to re-open is made.

Second, in plywood markets, the start of Arauco's replacement plywood mill for that lost to wildfire on New Year's Day 2012 will likely result in increased exports to North America late in 2013 and through 2014. In addition, higher domestic North American prices (along with a weaker Brazilian Real) would be reflected in higher plywood import volumes from Brazil.

Lastly, US MDF/HDF imports are expected to rebound along with increased demand for these panels for millwork, mouldings, laminate flooring etc, as the North American industry is likely to be capacity-constrained in 2014-2015.

Capacity creep and possible new operations will increase North American MDF/HDF production, but in the medium-term the supply response to improved consumption will necessarily include a jump in imports, albeit to levels below the 2005 peak.

In conclusion, the year 2012 started well (unlike 2011) as mild winter temperatures boosted both construction activity and consumer spending on home projects and furniture. The early 2012 rapid pace is not expected to be maintained through the second quarter, but continued slow cyclical recovery will again boost construction and other related activity in the second half of the year, and the momentum will gather in 2013 and 2014 as foreclosure issues dissipate, employment and incomes continue to climb, and the large pool of potential homeowners increasingly taps into the housing market as affordability remains strong and credit market conditions ease.

However, while this is a realistic appraisal given what is known as of the spring of 2012, the risks of derailment of the recovery remain relatively high and a weaker outcome is definitely possible.

But the risks are not all on the downside; a faster-than-expected clearing of the backlog of homes, combined with moderately higher-than- forecast growth in GDP, employment, and incomes would result in an earlier and sharper ramp-up in US housing starts, propelling panel consumption well above the levels anticipated for 2013-2014. A surprise on the upside would be a welcome change from recent years when most of the revisions to expectations have reflected worse-than-expected outcomes! 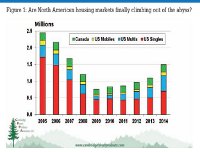 Figure 1: Are North American housing markets finally climbing out of the abyss?