Small can be beautiful as well

One small newcomer to the Brazilian fibreboard market is already achieving remarkable success in the country?’s northeast region, barely a year after pressing its first MDF panel.

Floraplac MDF, the first MDF supplier to manufacture at the heart of northern Brazil, claims to have won a substantial share – around 70% – of the panel market in this fast-developing region.

Paragominas, Pará state-based Floraplac launched its 220,000m3/yr nominal capacity Chinese-built line in October 2010. Now, despite unexpected competition from some large-scale MDF producers from southeastern Brazil, the firm has made a name in the northeast for its melamine-faced board.

The northern producer, which makes panels with a novel fibre mix of eucalyptus and the low-density tropical hardwood paricá, has invested heavily in laminating equipment and can now surface all its output.

Since the plant’s start up, when it began by making board using 100% eucalyptus, it has gradually added more paricá fibre to achieve a blend with panel characteristics now close to those of pine based panels.

Last year, the aim was to produce MDF reaching a fibre balance of 70/30 in favour of eucalyptus. However, Floraplac engineers are now using as much as 40% paricá, producing “the best result ever”, reports the company’s technical consultant Henrique Zanin.

“They have a great advantage using paricá. With 40% content, it produces the best cost and best quality. The panel has the eucalyptus colour but other features similar to pine,he told WBPI recently in São Paulo.

The secret in obtaining the best results lies in how the fibres are extracted and blended in the refining process. Floraplac’s panel plant is equipped with a large-capacity Andritz defibrator, which is the key player in this process.

The firm is believed to be the first MDF producer worldwide to use paricá fibre to such good effect. The group is the biggest grower of the species, a native of Brazil’s Amazonia region, counting on a plantation area of 30,000ha.

Floraplac’s panels are reported to have been well-received in northeastern Brazil and the producer soon achieved a good market share. But it began to face competition, in particular from the powerful Chilean-owned panel maker Arauco do Brasil, which runs two plants in the south.

The Paragominas minnow fought back, stepping up its range and output of surfaced MDF panels. The plant purchased a third short-cycle-press melamine line from Brazilian supplier Omeco and extended its portfolio of coverings, which includes a variety of wood grain and solid colours.

During this year, the company has held its own and managed to recover much of its dominant panel market share.

Apart from the unusual advantages of its panel ‘ingredients’ and special characteristics, Floraplac also benefits from its northern location and relative ease of access to its regional markets. Southern competitors face the additional costs of shipping panels all the way to Brazil’s northeastern coastal cities.

By June this year, Floraplac’s Chinese Shanghai Wood Based Panel Machinery Co Ltd (SWPM) 12-opening press line was turning out board at an average rate of 550m3/day.

The addition of its third Omeco laminating line has enabled the firm to differentiate both itself and its products in the marketplace. It has been able to adjust more quickly to demand, changing the plates, colour and designs far quicker than before. In addition, the firm can now finish all the MDF panels it requires, confirmed Mr Zanin.

Despite scaling a steep technical learning curve in record time and making a promising start in its chosen markets, the small Pará producer is still facing stiff competition in the northeast. This comes in the form of high volumes of RTA (ready-to-assemble) furniture being shipped north from factories in Brazil’s industrial south.

In a big market, dominated by giant volume manufacturers, smaller players like Floraplac are forced to edge in with niche products. In this case the Paragominas firm has created what is proving an interesting, different kind of MDF with an added-value finish.

Today, both firms have experienced high and low points of the Brazilian market and have successfully targeted profitable market niches. Both have focused on adding value to their pine based MDF panels and snatched new business with melamine surfaced board.

The two groups, both still manufacturing plywood and both based in Palmas, Paraná state, also operate SWPM 12-opening MDF lines with a 600m3/day top capacity.

Sudati and Guararapes already work closely in the plywood market and are now understood to be looking carefully at fresh MDF expansion possibilities, perhaps in partnership.

For both panel makers, the next logical step would be a move to continuous press, rather than batch, production, aimed probably at thin board capability.

Last year Guararapes Paineís confirmed it was studying a project that would involve either buying a larger conventional continuous press line, or installing a continuous calender-press panel manufacturing line.

Industry sources believe the two southern firms may embark on a new MDF capacity project as soon as 2012. The groups are thought to be raising more capital through their traditional plywood businesses to enable them to finance what will certainly be a costly new investment.

If such an ambitious project proves successful it is thought the MDF converts could then possibly pull out of plywood manufacture altogether.

As for those plywood producers which are looking to jump the divide and convert to the more reliable fibreboard business, it is a time for caution. Would-be converts are still poised at the edge, waiting for signs of a solid market upturn, while keeping a wary eye on the latest huge expansion schemes being launched by Brazil’s panel giants.

The queue of those firms that may take the continuous MDF panel making route is shorter, but two would-be converts: one the Paraná firm Miraluz of Senges; and another unnamed business, are studying a move. 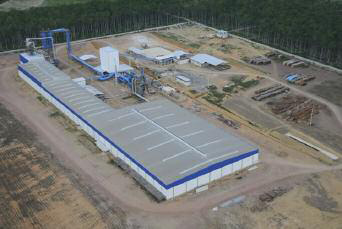 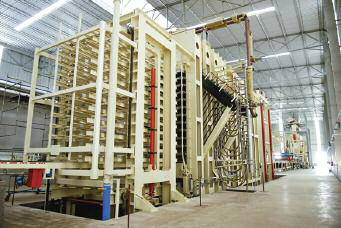 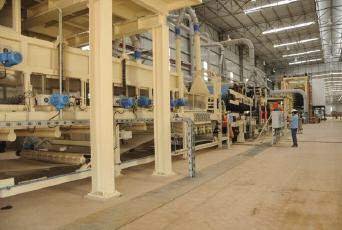 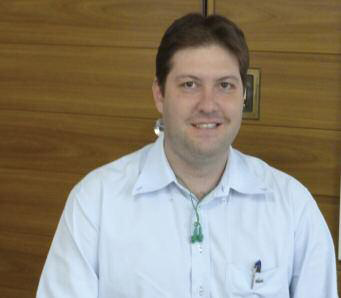