Swiss Krono Group plans to invest up to RUB8.5bn (USD$250m) in building a plant for the production of OSB in Russia’s Perm region during the coming years, reports our Russia correspondent, Eugene Gerden.

According to Victor Basargin, governor of the Perm region, the regional authorities have already signed an agreement with Kronospan for the new OSB plant, while construction works are expected to be completed by 2016.

The new plant will be located in the Krasnokamsky area of the Perm region and its design capacity at the first stage will be 462,000m3 of OSB per year.

Meanwhile, the capacity of the second stage of this project is targeted to reach 561,000m3/year.

According to Mr Basargin, Krono Holding considered several regions of Russia for the plant, before finally deciding in favour of the Perm region. He also added that the government of the region will provide all the necessary support to the investor and, in particular, will ensure regular supplies of water, electricity and raw materials to the new factory, which will create over 500 new jobs.

One of the main arguments for the company in favour of building an OSB factory in the Perm region was the existence of local production facilities for synthetic resins, owned by JSC MetaDynea.

Currently, the total capacity of MetaDynea is estimated at 700,000 tonnes/year, located in Austria as well as in the Russian cities of Orekhovo-Zyevo and Gubakha.

At present, the Krono Group operates only one OSB plant in Russia, which is located in Egorievsk. A secondhand line from Grant Forest Products, Ontario, Canada, it went into production in late 2013.

It also reportedly has plans, as yet unconfirmed, for a 250-300,000m3/year OSB mill in Bashkortostan.

Representatives of the Krono Group declined to comment, [as is so often the case with this very secretive company - editor].

Currently, Krono Group, which operates in Russia under the Kronostar brand, remains the largest producer of particleboard in Russia. Together with Kronospan Russia, which operates a plant in the city of Egorievsk (Moscow Region), it controls up to 60% of the domestic market.

In 2007, Austrian-headquartered company Kronospan signed an agreement with the government of the Perm region to build a plant for the production of particleboard.

It was supposed to be built in the Perm's Dobryanka district, with the total investment estimated at US$300m. However, due to the global financial crisis, these plans were never implemented.

After the end of the crisis, the Perm authorities offered Kronospan the chance to build its plant in the city of Kukushtan, but the panel giant decided instead to build an OSB plant in another region of the country, namely Bashkortostan, where in August 2012 it apparently signed an investment agreement with the local government.

Russian analysts believe the building of such a large-scale plant will be associated with huge benefits for Perm and the whole Urals region, one of the centres of Russian industrial production, where, so far, only two large industry enterprises are located: the Levshino house building factory and the Perm plywood mill.

According to Alexandr Susloparov, head of Prikamie Timbermans' company, which is one of Russia's largest timber companies, the region has a lot of 'over-ripe' wood which could be used in the production of OSB and other types of panel.

The establishment of a plant will not only see the launch of the first large-scale production of OSB in the Urals, but will also solve a problem of forest residues.

In recent years, the Russian OSB market has significantly increased, thanks to the launch of several large-scale production facilities and the announced investment projects in this field.

For example, in the last quarter of 2013, a long-awaited OSB plant was officially commissioned in Karelia by the local Kalevala company, which invested more than US$240m in the project.

In addition to Kalevala, currently the production of OSB takes place at two other plants in Russia - the Novovyatsky Ski factory in the Kirov region, which has a design capacity of 100,000m3, and the small Hillman OSB plant in the Vladimir region, with a declared capacity of 30,000m3/year.

According to analysts of the Russian Association of Wood Producers, for the last several years the investment climate in the country's wood and panels market has substantially improved, mainly due to increased support and assistance from the government for such projects.

In addition, the number of protests from local environmental groups, who believe that foreigners transfer environmentally harmful production to Russia, has also significantly declined. 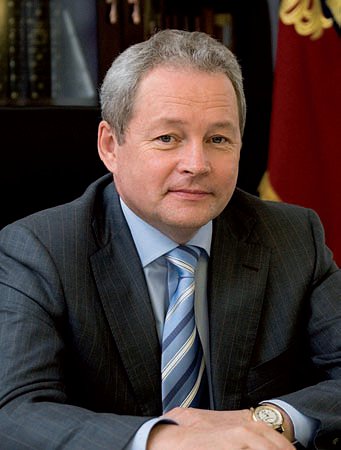