Ready or not for Bio-based

Dr Morwenna Spear of the BioComposites Centre in Bangor asks - are we finally ready for bio-based resins?

Our industry relies on glues, resins or adhesives. The products we make are only as good as the adhesive which binds the wood chips, fibres, veneers or strands together. But the idea of using natural resins goes many decades back in the history of wood based panels – just think of casein and other protein based resins, before the invention of modern synthetic resins.

And, periodically, up until the present day, researchers have sought to go back to nature, to bio-based monomers, to try to create new resins, or resin-replacements.

The idea is very appealing, for many reasons. A bio-based resin could be renewable – using co-products from the forest products industry, possibly even our own bark chippings from the wood feedstock. Not only renewable, but a plentiful co-product of board manufacture, and a potential boost to the forest value chain. A bio-based resin could be more ecofriendly than a synthetic one (but here we need a fully viable manufacturing system before we conduct life cycle assessments on like-for-like basis). Some bio-based resins may allow us to reduce formaldehyde emissions (but some have no net effect here, being reliant on the same formaldehyde chemical reactions as synthetic resins).

Two of the most viable, and well researched options are tannin-based resins and lignin-based resins. Both feedstocks have been selected for their phenol-related monomers. This similarity gives them a high degree of suitability for reactions that are used in manufacturing phenol formaldehyde.

It also means that resins are potentially higher performance, and less susceptible to degradation reactions with water, than UF systems. On the other hand, the larger molecules may be harder to dissolve, or more resistant to flowing during board manufacture.

In the case of tannins, the condensed tannin monomers are polyphenolic, and often have two different reactivities for the A-ring and B-ring, which may require activation, before full reaction into resin is possible. For lignins, the structure depends on the extraction system used, and may retain multiple phenylpropane units from the original lignin structure. Lignins are typically a lot less reactive than phenol, under the same conditions, but pre-reactions can be used to speed up the synthesis of the resin itself, or the cure-rate in the press.

Resins of both types have been available for many years. So why have we stuck (pardon the pun) with the synthetic systems? The short answer is cost, urea formaldehyde resins are so affordable that all other systems struggle to compete. The long answer is probably cost too, when you think of the yield of tannins from some of the barks that are candidates for resin manufacture, or the purification steps needed to obtain the ‘useful’ fractions of lignin from different industrial sources, then the cost of resin synthesis, and any extra stages needed to overcome the lower reactivity. Cost remains the barrier.

There is great interest in some regions, such as South America, or South Africa, where there is sufficient raw material (pine bark, for example) to develop an industrial scale process. Many bio-based resins also avoid formaldehyde emissions, by the use of glyoxal or other reagents, in place of formaldehyde. Companies such as Arauco are showing strong interest in full scale tannin extraction and resin manufacture.

New research from the BioComposites Centre into stilbenoids from Sitka spruce bark may increase opportunities for new bio-resins from different barks in future. This could bring bio-resin manufacture into the northern hemisphere.

Other researchers are looking to new bio-based starting materials, such as carbohydrates and oils for resin development. The EU-funded SUSBIND project includes several concepts in this area, which could change the approach to bioresins considerably in future. There are also the proteins, with potential for a modern revision of where the industry started. These different feedstocks would also change the economics. With an increased proportion of global population using wood based panels in future, there is certainly a sustained demand for our products, and the glues that make them work, for many years to come. 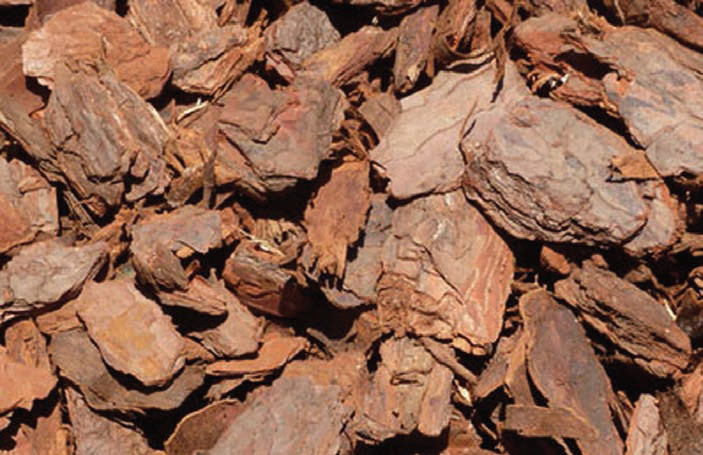