Homanit plans to expand in Lithuania

Germany’s Homanit is planning to boost its manufacturing presence in the Baltic States by investing in Lithuania. Our Poland correspondent Jaroslaw Adamowski reports

Germany’s fibreboard maker Homanit has unveiled plans to invest some €115m in constructing a new production facility in Lithuania. The project was announced by the country’s investment promotion agency, Invest Lithuania.

Under the plan, the new facility, which is to make MDF/HDF, will be operated by 440 employees. The jobs at the factory, located in the region surrounding Lithuania’s capital Vilnius, are to be created in the first five years of the plant’s operations.

The move is related to the growing demand from local producers, who are currently supplied by the output of Homanit’s two Polish factories located in Karlino and Krosno Odrzanskie,according to senior company representatives.

“Transport costs from Poland have been taking their toll on the bottom line of the manufacturers and our strategically-placed new plant will solve this issue," said Andrius Ostrauskas, the chief executive of local subsidiary Homanit Lietuva UA, quoted in a press release. "Half the production will be dedicated to satisfying the demand of local manufacturers, while the other half will be supplied to clients in places as far away as North America and the Far East."

The factories in Karlino and Krosno Odrzanskie are part of Poland’s growing wood based panel industry, which has reported considerable growth over the past years. Between 2000 and 2016, local production facilities expanded their output by 123%, to more than 10 million m?? per year. OSB and plywood represent the largest share of the country’s production, at about six million m?? annually, followed by MDF/HDF, with more than 3.5 million m?? per year, according to data released by the Czarna Woda-based Wood Based Panel Producers' Association in Poland (SPPDwP).

As much as 12% of Europe's wood based panel production takes place in Poland, the industry association says. The country’s industry benefits from the location of numerous furniture manufacturers in the domestic market, as an estimated 85% of Polish-made wood based panels are supplied to the furniture sector, according to figures from the SPPDwP.

Located in the country’s north-western region, the plant in Karlino makes MDF/HDF with an average thickness of 3mm and it has a production capacity of some 250,000m?? per year. The factory is currently operated by 588 employees, according to data released by the Homanit group.

The second plant, located in Krosno Odrzanskie in the country’s western region, also makes MDF/HDF with an average thickness of 3mm and has a slightly lower output capacity of some 240,000m?? per year. The factory is run by a workforce of 525. It is noteworthy that both production facilities are located in close proximity to Poland’s border with Germany.

EXPANSION IN THE BALTICS

The new Lithuanian facility could expand Homanit’s foothold in the three Baltic States, but also allow the manufacturer to export a larger share of the group’s production beyond Europe.

This latest initiative follows an earlier project by Homann Holzwerkstoffe, Homanit’s parent company, to boost its presence in the Baltic States. In September 2017, the German group signed a letter of intent to purchase a 100% stake in local fibreboard producer Grigeo Baltwood, a subsidiary of Lithuania’s Grigeo group.

“With this planned acquisition, the platform for further growth is set," said Homann Holzwerkstoffe in a statement. "In addition to a state-of-the-art thin board production line for HDF/MDF, we will invest in all relevant value-adding systems such as lacquering, laminating, cut-to-size and folding. The existing hardboard production line in Vilnius will continue to be fully operational.

"The currently-available infrastructure allows for further capacity expansion. All 140 employees will remain. The combination of the existing Grigeo Baltwood team, and the planned investment in a modern production line, will allow Homann Holzwerkstoffe to expand its market position.”

Commenting on the holding’s acquisition plans, Fritz Homann, the managing director of Homann Holzwerkstoffe, said the group had “strong free cash flow for further international expansions”, for which Lithuania provided “a good and realistic basis”. Grigeo says it is the only paper and wood industry group in Lithuania.

In addition to hardboard, the company’s product portfolio includes tissue paper, container board, corrugated cardboard, and various packaging products, according to data from Grigeo.

The Lithuanian producer makes about 23 million m?? of fibreboard per year and as much as 80% of its annual production is intended for exports to other EU member states. Grigeo Baltwood's facilities are ISO 9001, 14001 and OHSAS 18001 certified, according to data from the company. The Lithuanian producer says it is part of the European Federation of MDF Manufacturers (EFM). In its 21st September 2017 filing to the Nasdaq Vilnius Stock Exchange, Grigeo said that Homanit intended to invest some €65m in Lithuania, aimed “to increase the number of employees of UAB Grigeo Baltwood by 2.5 times and to boost production quantities by more than four-fold.”

For the Lithuanian group, selling the fibreboard subsidiary would be in line with its business strategy to focus Grigeo’s efforts on two core business sectors: tissue paper and cardboard production, according to the filing. Following the signing of the letter of intent, Homanit launched due diligence on the Vilnius-based business. Under the plan, the acquired company was to be renamed Homanit Lithuania, after the completion of the transaction.

However, the letter of intent was scrapped the following year, possibly paving the way for Homanit’s current greenfield project, worth €115m.

“AB Grigeo, UAB Grigeo Baltwood and the German company Homanit Holding GmbH agreed to terminate the letter of intent regarding the sale of 100% of the shares of UAB Grigeo Baltwood,” said Gintautas Pangonis, the president of Grigeo’s management board, in a statement.

“Homanit Holding GmbH has performed a diligent analysis of the infrastructure and evaluated the scope of the investment project with regard to the extent of the intended development. The territory appeared to be insufficient for the potential expansion of the investor’s business.”

While the economic forecast for Lithuania is currently positive, with its gross domestic product (GDP) expected to grow by 2.7% this year, the country’s economy is visibly slowing down, as indicated by the latest available data from the European Commission.

“The strong growth momentum is expected to continue in 2019, as consumer confidence and industrial sentiment indicators remain high," said the European Commission in its Winter 2019 Economic Forecast report. "Income tax cuts are set to provide a positive impetus to consumption over the forecast horizon.

"At the same time, economic growth is forecast to benefit from the continuing support of EU investment funding. Lithuania’s economy, however, will not be able to completely escape the impact of weaker growth in its main trading partners. Therefore, GDP growth is forecast to moderate to 2.7% in 2019 and 2.4% in 2020.” 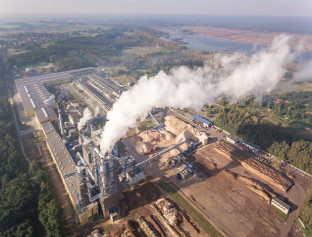 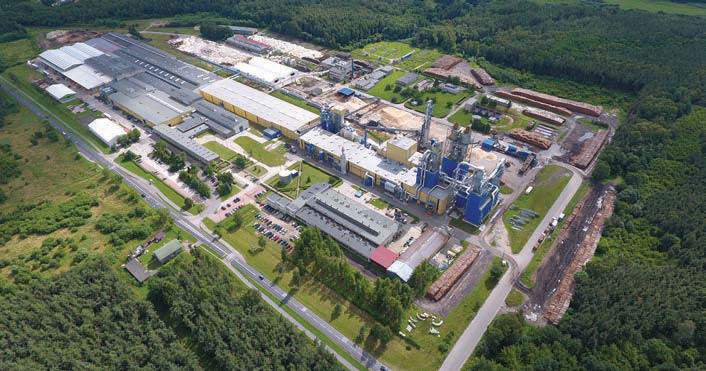 Some of Homanit's decorative panel products