Berndorf AG, located in the town of Berndorf in the southern part of Lower Austria, is an entirely privately-owned holding company of specialised industrial enterprises, developed from a company called Berndorfer Metallwarenfabrik, which was itself founded in 1843 by Alexander Schöller and Hermann Krupp.

Berndorf Band started developing and manufacturing endless steel belts at the beginning of the 20th century and says it found that continuous improvements, innovative manufacturing methods and new materials made it possible to adapt belt characteristics to specific customer requirements.

Today the company supplies endless steel belts in carbon steel, special stainless steel and titanium to a variety of industries where transport or continuous pressing are required. It also supplies all belt-related services such as repair/refurbishment and maintenance. The company also offers general or individual seminars on professional repair methods to customers’ inhouse maintenance engineers.

The wood based panel industry represents an important part of Berndorf Band’s turnover, while the food, chemical, rubber, automotive and foil industries make up the rest.

As panel makers have striven over the years to reduce costs and go for economy of scale in their panel production, demands for endless stainless steel belts have changed as companies required ever-longer, and sometimes thicker, belts.

To enable it better to respond to this demand, in 2007 Berndorf Band began construction of a brand new production hall which was to be the biggest such facility the company had ever had.

Completed in July 2008 and named the Great Bear – the Berndorf logo is a bear – the building houses endless stainless steel belt production facilities which can make belts up to 3.5mm thick and 5.5m wide, ground, more efficiently than ever before, said Udo Ofenböck, regional director for sales and marketing in the wood panels and laminates industry.

Belts of up to 250m in length can be accommodated in the Great Bear production hall and the machine to process these was designed by the company’s own engineers.

“The continuous press manufacturers, in developing lines and continuous presses to make very thin MDF, needed thick belts so we developed the 3.5mm belt with them,explained Mr Ofenböck. “They needed this thickness for its heat capacity and also to resist deformation at the high speeds at which they wanted their thin board presses to run.”

The thick belts also came in handy for OSB producers, due to the larger wood flakes used in making that panel, though there are of course fewer of those presses made.

“More than 90% of continuous presses with 3.5mm thick belts, worldwide, are equipped with Berndorf belts,he said with pride.

He also pointed out that the market is changing now in China, with more four-feet-wide continuous presses being built than the ‘standard’ eight-feet-wide lines.

In common with many in the machinery sector of the wood based panels industry, Berndorf is experiencing strong demand at the moment. “We are doing really good business in 2011 but nobody knows what the future will hold or what the financial situation will be in 2012,said Mr Ofenböck. “One of our main markets now is China which has been very important. We also have a very satisfying market share in South America, while Russia is coming up too. Turkey is also big in both wood panels and laminates, while South East Asia, especially Vietnam, is also a growing market.”

Western Europe, as we all know, is a far less happy story, with mills closing or at best being mothballed, while some are closing and moving to eastern Europe. That of course means demand for belts, and repairs to them, are down for Berndorf in this region. Of course, North America is also a poor market since the economic crisis.

Manufacture of the belt begins with careful inspection of the incoming stainless steel strip. It is then levelled in a roller press to achieve optimal flatness and straight tracking.

Both edges are then trimmed simultaneously to give smooth edges for the longitudinal welding process which joins them together to make the final belt width.

After welding, the final width belt is edge trimmed, rolled and heat treated in a special chamber.

The belt is then ground on both sides and then the ends are prepared for final welding in the customer’s factory.

“All these production steps are necessary to fulfil the tight specifications of the press manufacturers,said Mr Ofenböck.

Most of the production equipment in the Berndorf factory for belt production and processing is designed and made in-house by Berndorf’s own engineers, including machinery for the grinding process.

Improvements to the facilities at the Berndorf factory are ongoing, with the former despatch area being refurbished and converted for use by the Service department and a new test centre for Berndorf Band Engineering.

There is a separate workshop where belts for the laminating industry are prepared. These belts are up to 15m in length and the facility not only prepares new belts, but refurbishes customers’ used belts as well.

When Berndorf Band’s creative designers wish to create new textures for belt customers, they can engrave a number of ‘panels’ of different textures on the one belt. The ‘panels’ are then cut into plates and either sent to the customer for their own testing, or used to produce laminate samples in Berndorf Band’s own laboratory press.

“By doing it this way, the customer gets an accurate representation of what texture he would get from a belt,said Mr Ofenböck.

The design department has a comprehensive stock of plates and laminate samples and the laboratory press, which is 500 x 500mm. The designs produced are digitalised and held on CD.

“Most designs have two design elements,explained Mr Ofenböck, “This means we etch more than once to get the complete design.The same applies to deeper textures of course.

All patterns and textures are printed by a special method, which Berndorf prefers me not to describe in detail, onto a belt which is then acid-etched in the Berndorf factory. The special printer uses liquid wax instead of ink and this is sprayed onto the areas of the belt surface which are not to be etched. This wax hardens as soon as it hits the cold steel belt.

“This printer is unique because it was designed by our own engineers, utilising and adapting components available on the market for normal ink printers,said the director.

The texture is then ‘rounded-off’ by grinding before being sent to a highly specialised Swiss company for chrome plating. After chrome plating, which gives the belt surface is smoothness and its all-important scratch-resistance, final polishing is carried out.

One of the latest innovations for Berndorf Band is its ‘Bernfixx’ mobile training centre, which is housed in a special container.

This steel-framed container is about 2.6 x 1.8 x 1.6m and contains three sets of all the tools required for manual repairs to stainless steel belts, including three folding chairs to seat the three trainees who can be trained simultaneously, if required.

A stainless steel belt can even be put across the top of the box to replicate repairing a belt in situ in a press.

The training includes theoretical tuition comprising materials and technology, measuring and testing technology, safety instructions and specifications of the Bernfixx service equipment used for each application.

So customers who are unable to send their staff to Berndorf for training can have them trained on site by the certified trainer who travels with the box.

Berndorf Band says one of the benefits to the customers of this inhouse training is reduced employee absence (no travelling time), which can also mean there is no need for those time-consuming travel formalities such as visa applications. Another benefit is that the training takes place in a familiar environment, ensuring stress-free learning as well as the individual adaptation of the training curriculum to each working environment, says Berndorf.

The only real difference between the Bernfixx and the training centre at the Berndorf factory is that the factory has a belt conveyor, which enables them to replicate a moving belt.

Currently the market for continuous presses, particularly for raw panel production, is good and the press makers have full order books. That should be good news for Berndorf Band as an increasing number of operating presses should generate increased demand for its belts – as long as they keep operating in an uncertain panel market. 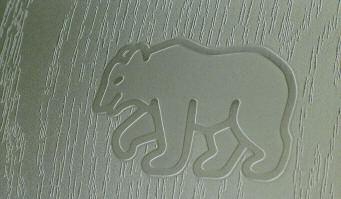 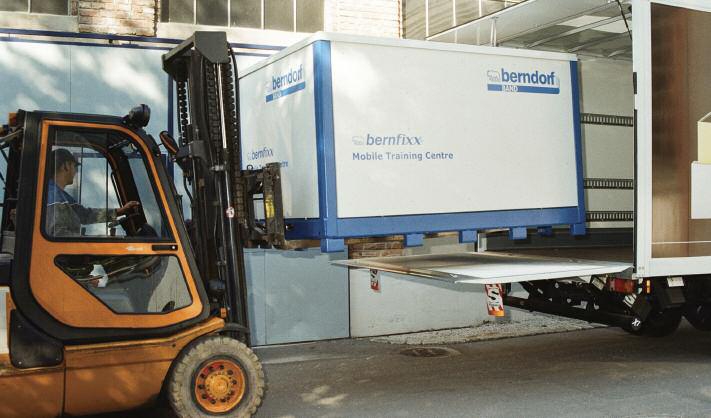 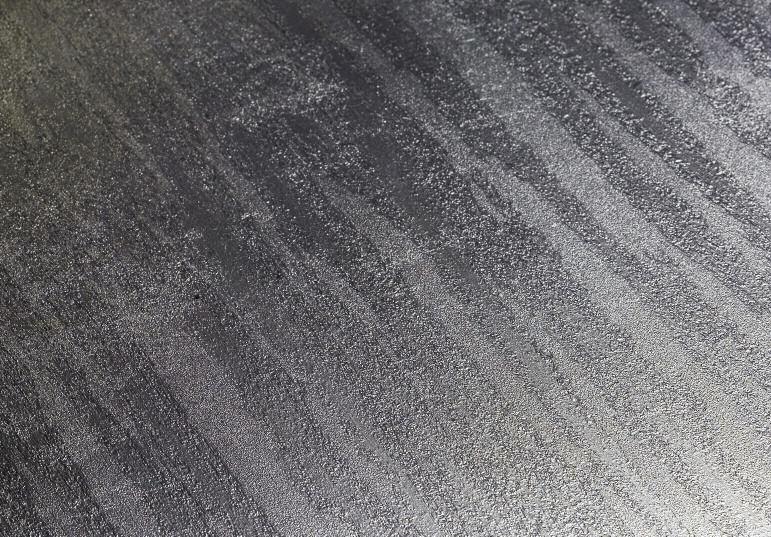 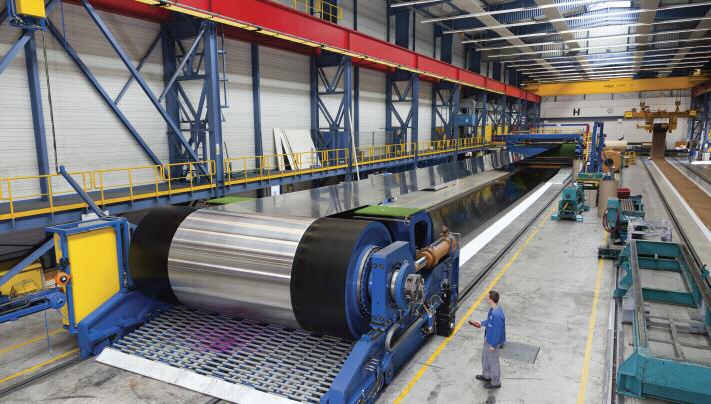 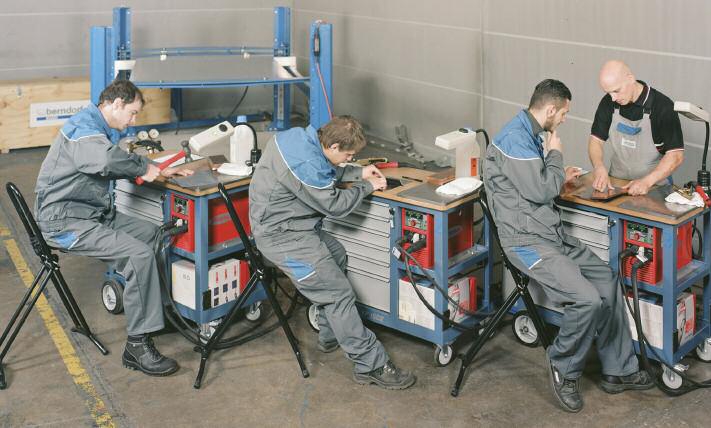 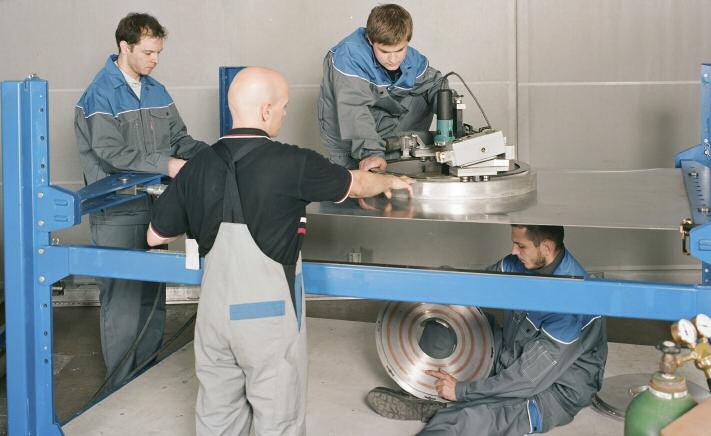 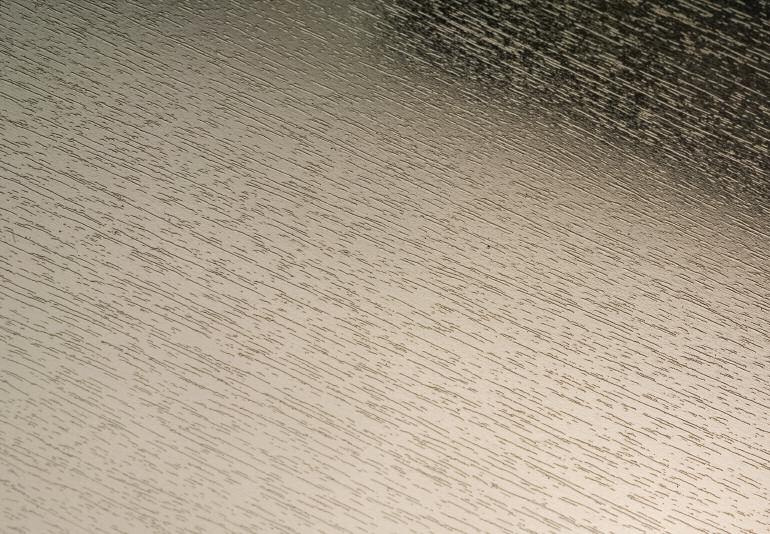 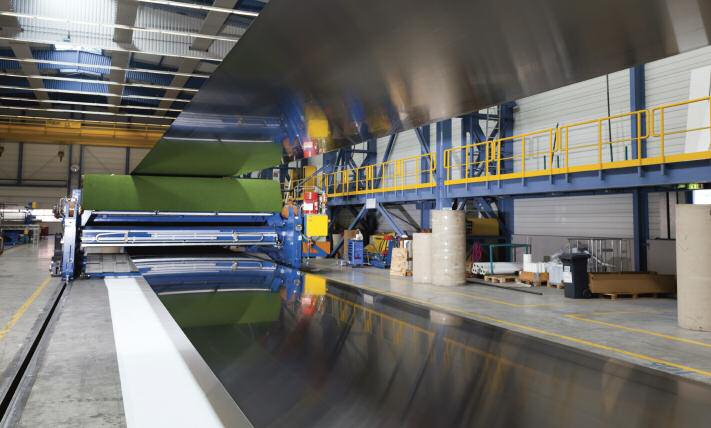 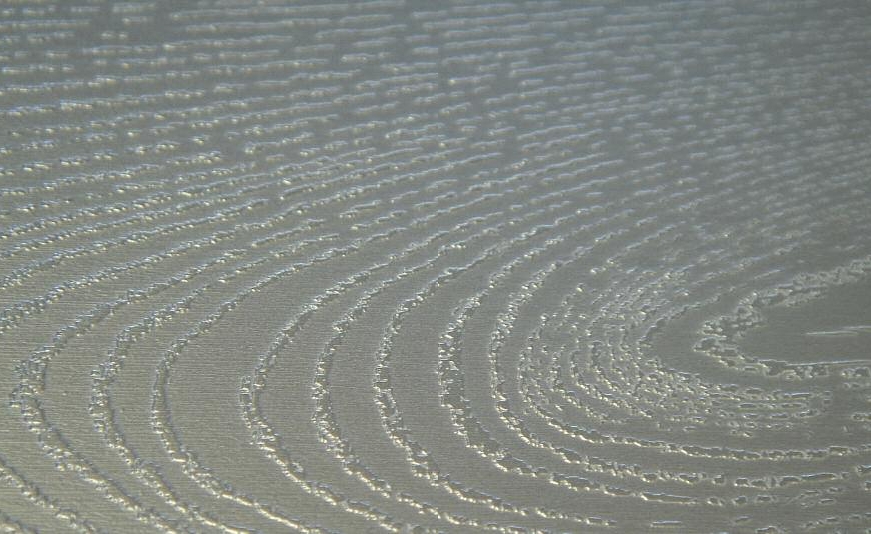