Duratex is set to rise in world rankings

Emboldened by Brazil?’s seemingly insatiable love affair with MDF, the southern hemisphere’s biggest producer is investing over US$766m to add over 1.2 million m3/year more to its already sizeable board capacity.

São Paulo-based Duratex aims to start up one new 580,000m3/yr line next year and, in about 2014, to launch a further hefty 750,000m3/yr line, with a 77m-long press, at another, as yet undisclosed, site. Today, the group is ranked eighth among the globe’s top panel producers.

Following its successful union with the country’s leading MDP (medium density particleboard) producer, Satipel Industrial, Duratex has launched a new rolling investment programme. Apart from its major MDF capacity boost, the group has been focusing on adding value to its board through more modest projects.

These include a string of melamine lamination press and paper impregnation line installations, along with new investment to double its laminate wood flooring capacity, according to Duratex’s new industrial executive director Renato Aguiar Coelho.

Since the August 2009 Duratex/Satipel merger, the new partners have been fully occupied integrating their respective operations. Today, the union is now all but complete, with work at the new group’s five plants concluded much sooner than originally expected.

“One year after the merger, the industrial part was done. Then we started the added-value projects,recalled Mr Coelho.

Like its powerful logo of a charging rhino, Duratex is fearless when it comes to facing up to the challenges of the market. Despite the current cooling of demand, the group is convinced that its rolling programme of capacity expansion is justified in the medium term.

Work has already begun on the first of its planned new MDF lines in São Paulo state. That will be built next to a 500,000m3/yr Siempelkamp continuous MDP unit at its Itapetininga site. This site was an obvious choice for the line.

There, Duratex has ample eucalyptus forest plantations and Itapetininga is conveniently situated 178km from the key furniture industry hub around São Paulo, Brazil’s commercial capital, and in reach of other southern market centres.

With MDF now overtaking particleboard in the domestic market for the first time, and most national plants almost fully sold out, Duratex is confident it will have no difficulty finding customers for its fresh output.

“We’re putting in the new Itapetininga line because we believe the MDF market will grow and there will be demand for the line we’re installing,declared Renato Coelho, who is not related to the group’s similarly named commercial executive director Alexandre Coelho.

It was in April this year that the panel maker signed a hefty contract with Siempelkamp for the 58.7m ContiRoll press fibreboard line, along with the second line, a giant of similar size to its 750,000m3/yr MDF II unit, launched in 2009 at the group’s Agudos plant.

The Itapetininga MDF line will feature upstream equipment including woodyard, wood preparation and refining sections supplied by Metso. The Metso deal, in part, marks a change for Duratex, which had formerly installed a refiner from Andritz.

In line with its added-value strategy, Duratex will also put in a new Wemhöner melamine laminating line and a paper impregnation unit with the MDF line. That decision is justified by the strong furniture market demand for ready-laminated board.

Delivery of the main machinery is expected to commence at the end of this year or early next, and the line start-up is scheduled for the second half of 2012, possibly as early as August. While the exact date, as always, is in the hands of the market, an earlier launch would probably help Duratex to catch Brazil’s usual second-half business upturn.

The company is allowing extra space for the installation at a later date of a new resin plant at Itapetininga, which runs a small existing 36,000 tonnes/yr unit for MDP production. This is insufficient for both lines and Duratex may partner with a chemicals supplier who could pipe resin to the panel facility from its own plant next door, suggested site manager Newton Novaes.

In the case of the second MDF scheme, Duratex appears a little more cautious in choosing not only its location, but also the exact timing and its ultimate size. With the market settling back to a slower rate of growth after the sudden boom of late 2010, the São Paulo group is keeping its options open on such a large investment.

What is clear is that uncertainty about the future has led Duratex to build in some flexibility to its mid-term plan. Not only is Brazil’s top panel maker looking over its shoulder at what its competitors are doing, but also weighing up carefully where best to locate its second line. Its launch date could be put back to 2015.

With Brazil’s main panel markets and production capacity concentrated largely in the country’s southeast, and forest land and wood getting scarcer, speculation is pointing at new opportunities further north.

Cheaper land and existing wood resources beckon north of São Paulo state in Minas Gerais or Bahia state, along with a growing marketplace in Brazil’s north and northeastern regions. After its merger with Satipel, Duratex inherited an MDP/MDF plant in Uberaba, as well as a healthy forest base in Minas Gerais.

This year, informed bets are on Duratex breaking new ground further north, locating its next big MDF line somewhere in Minas Gerais state – probably on a greenfield site close to a new forest resource. A final choice of site is likely to be made by the end of next year, with line start-up pencilled in for 2014-15.

“We cannot assume that at that time the second plant will be in Minas Gerais. We are now finishing our study on a suitable location, looking at the logistics and wood supply [of different sites],cautioned Renato Coelho.

“There’s more than one site where we can do that. [Minas Gerais] is one of the possibilities,he added. The industrial chief pointed out that Duratex is already serving the north eastern market from its Uberaba mill, but distance from the market is a factor.

Much of the forest resource is located in the state’s mid-west, more than 2,000km from the northeast coastline of Brazil where the regional population is concentrated. Like most other mill projects around the world the decision on the line’s eventual site will be a trade-off between wood and the market.

Amidst all the industry speculation, the firm has been tidying up after its consolidation move. It is still completing the ramp-up of two panel lines installed prior to the merger. Last year, the huge Agudos MDF II line achieved its effective capacity. Now Duratex is winding up Satipel’s big MDP line at the southern Taquari mill from 450,000m3/yr to reach its 700,000m3/yr capacity by 2013, said Mr Coelho.

Laminated wood flooring still accounts for a tiny proportion of Brazil’s floor covering market, which, in common with others, especially in tropical countries, is dominated by cool tile surfaces.

However, Duratex has expanded the output of its Durafloor laminate flooring and continues to develop this business, launching a range of new products.

In May this year, in a display of confidence in the market, the company launched a new Homag flooring line at its Agudos mill, more than doubling capacity there. Until now, it has run a single five million m2/yr flooring line, but the latest investment has raised its capability to 12 million m2/yr.

“The new line is faster, gives us more precision and different [product] sizes, so now we are ready to offer a lot of wider products,Renato Coelho told WBPI in June.

Later, Duratex will improve and upgrade its original flooring line, which was installed at Agudos back in 1997.

Earlier this year, the firm also started up a new Siempelkamp melamine laminating press capable of a 12 million m2/yr output and a 51 million m2/yr Tocchio paper impregnation line at Agudos. Apart from providing extra laminated board for the new flooring capacity, these will support a wider panel product range.

Duratex also invested in another 51 million m2/yr Tocchio impregnation line, installed this year at its Uberaba MDF/MDP plant. In addition, it expects to add another short-cycle press line and paper treatment line to the existing finishing section at the Taquari mill when MDP capacity finally tops the 700,000m3/yr, stated the industrial director.

Brazil’s charging rhino represents a confusing mix of state-of-the-art technology and a product range that still includes the likes of wet process hardboard. In spite of mounting environmental pressure, and today’s adverse currency exchange picture, Duratex has been loath to relinquish its prized export ‘milch cow’.

Although the strength of the Brazilian ‘real’ against the US dollar has hit exporters, foreign demand for its eucalyptus hardboard continues, while domestic sales have also held up well. The group still runs three hardboard lines at its Botucatu panel mill, with a 200,000m3/yr output.

Duratex claims it has fixed the controversial environmental aspects of the wet process, but maintains an insurance policy for the future with its dry process thin fibreboards. High density fibreboard (HDF), also made at Botucatu, is in strong demand in the home market and the firm balances its HDF output against that of hardboard.

In June, WBPI paid a return visit to the Itapetininga mill, situated in the southeast of São Paulo state.

Major earthworks were underway as workers cleared sites, both for a woodyard extension, and buildings to house the new MDF line.

Eucalyptus wood will be brought to the mill by truck from forest plantations, either owned or harvested by Duratex, from an average radius of just 70km; one of the selling points of the Itapetininga site for the MDF project was its abundant and highly-productive forest resources close by.

The company is considering improving the site’s logistics through a link with the nearby railway line, which could entail adding a loop line extension through the industrial site, according to plant manager Newton Novaes.

In recent years, his group has acquired significant areas of cultivated forest land and farms close to the plant, as well as renting some plantations. Acquisitions included one substantial holding of 18,000ha.

“Our aim, in order to supply enough wood for the new MDF project, has been to improve the development of the productivity of the forest [we have]. We do need to buy some small new areas of forest at a later stage.

“But if we improve the productivity of the existing forest by 10% it’s enough to provide wood for the plant,explained Anderson Machado, a forestry technician from Duraflora, the group’s forestry division.

Itapetininga’s MDP line, also supplied by Siempelkamp, has a 35.4m continuous press and a 430,000m3/yr effective capacity. It produces particleboard from 8 to 28mm thick, 40% of which is finished with either melamine laminate or finish foil. The remaining raw panels are sold for customers’ own painting.

The plant is equipped with a 12 million m2/yr Hymmen finish foil line, as well as two low pressure laminating press lines; one from Siempelkamp and the newer unit supplied by Wemhöner.

When the MDF line is installed, the facility is scheduled to boost its workforce by around 200, with further workers being hired for the associated forestry operations, according to Duratex.

Itapetininga narrowly missed out on winning a second gigantic one million m3/yr MDF line that Duratex was planning for the site just before the global recession. However, the plan fell victim to the crisis and was overtaken by the 2009 merger of the group with Satipel.

There is little doubt that this key consolidation helped to re energise the Duratex rhino, setting the 60-year-old Brazilian panel maker on a fresh course of investment and expansion over the coming decade. 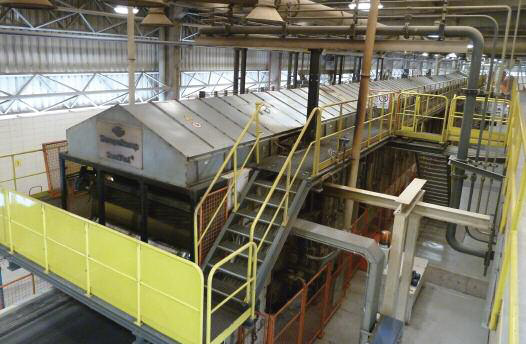 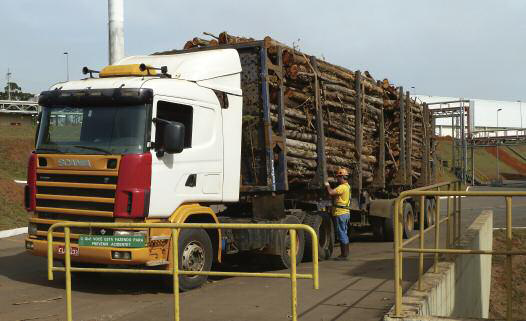 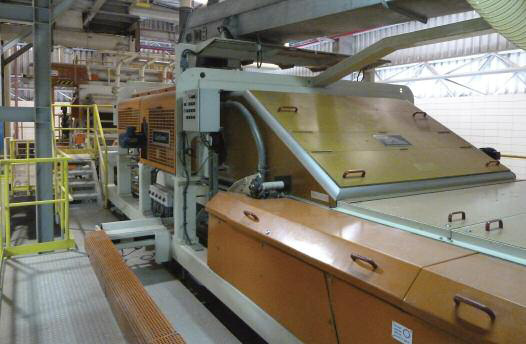 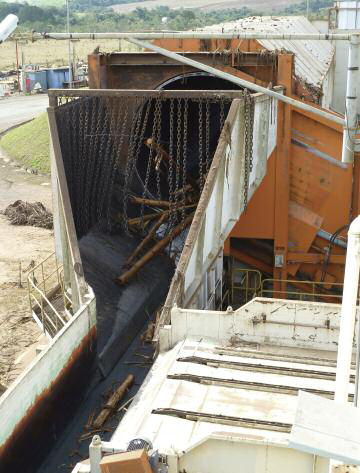 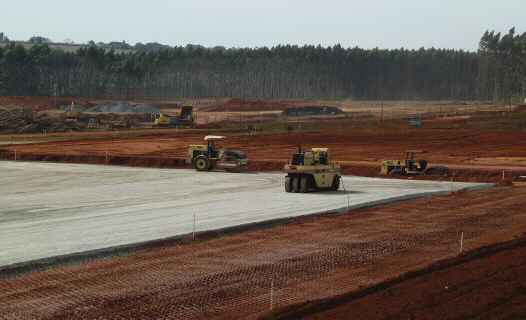 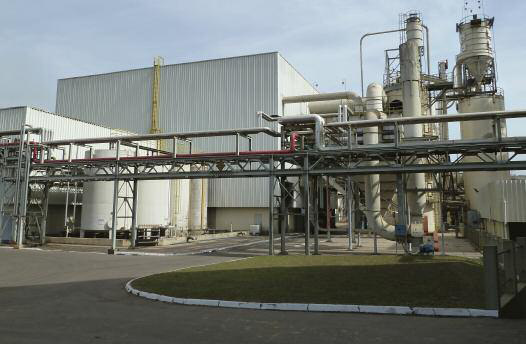 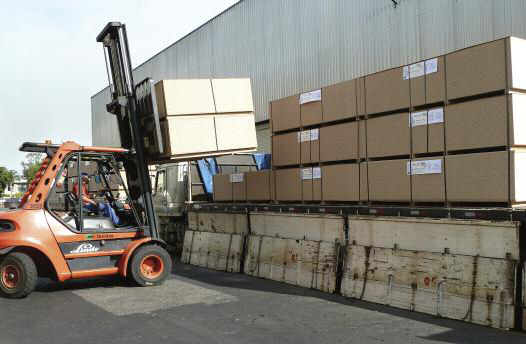