Kronospan is investing in a new OSB plant in Poland and planning to set up a research and development centre to bolster its operations in the region, reports Jaroslaw Adamowski.

Strzelce Opolskie, Poland. The company aims to build a new OSB production facility and a research and development centre in the Katowicka special economic zone (KSEZ).

The investment is expected to create at least 200 new jobs in Strzelce Opolskie, where the company is already operating a factory. In addition to this factory, Kronospan owns facilities in Poland's Szczecinek, Szczecin, Mielec, Dobroszyce, Rudawa, Pustków and Poznan. The company's storage facilities are located in its two Polish plants in Strzelce Opolskie and Mielec.

Out of the PLN432m (US$139m) that Kronospan intends to invest in its latest project, some PLN125.43m (US$40m), representing about 29% of the total amount, will be provided by the European Union's Regional Development Fund. The grant was approved by the European Commission in April 2013 and, two months later, the Polish Ministry of Economy signed a deal with Kronospan.

This will allow transfer of the EU funds to the panel manufacturer. Moreover, the award of the investment grant to Kronospan emphasised the strategic importance of the Strzelce Opolskie project for the Polish economy, as the ministry provided similar backing to only 24 investments in Poland under the programme.

"The grant agreement says that our company will take on at least 200 employees," Dorota Szpojda, a spokeswoman for Kronospan, told local media. "Currently, we are at the stage of preparing the investment. If everything goes according to our plans, we will launch production in 2015."

Ms Szpojda told journalists that despite the initial administrative difficulties related to obtaining the funds, the company did not lose interest in launching a new production facility in Poland.

The OSB factory's location in KSEZ, is in the country's south-western region of Silesia (Slaskie). Launching the new plant in the KSEZ will secure long-term preferential tax treatment for Kronospan's investment.

In August 2013, the Polish government decided that the country's special economic zones will remain operational until the end of 2026 - six years more than originally planned; the government had originally intended to shut down the zones by the end of 2020.

Owing to the extension of the zones' operation, investors expanding to Poland will have the possibility of benefiting from tax exemption on revenues generated in the zones until 2026.

Established in June 1996, Poland's KSEZ is the country's largest special economic zone, in terms of the total value of investment and the number of jobs created.

To date, manufacturers have invested some €5.07bn in the zone, in addition to creating more than 50,000 new jobs. For big manufacturers which invest major funds at the zones, such as Kronospan, the tax discount rate is about 40%, according to data released by the KSEZ.

Boosting Research & Development
Moreover, in addition to the Strzelce Opolskie project, Kronospan is also aiming to boost its research and development (R&D) activities in the country. The Austrian manufacturer is reportedly planning to establish cooperation with the Wood Technology Institute (Instytut Technologii Drewna), a renowned research institute based in Poznan. Under the plan, this cooperation will allow Kronospan to set up an R&D centre to serve its operations in a number of markets.

The institute is Poland's only research unit focused on the technical aspects of wood processing and the production of wood based composites.

Kronospan has also announced plans to intensify its collaboration with companies which are members of the regional industry organisation Silesian Wood Cluster (Slaski Klaster Drzewny).

To accelerate the launch of construction works at the new plant, the Austrian manufacturer has already received a majority of the required permits which will allow it to begin those works. Company representatives say that, should the latest investment remain on track, Kronospan aims to launch production at the new Strzelce Opolskie plant as soon as 2015.

In 2007, the company purchased a 640,000m2 site, which is currently integrated into the zone, for the planned investment and established a subsidiary in Strzelce Opolskie. However, the economic crisis and resulting negative investment climate has pushed back these plans by several years.

The outlook for the Polish economy could be of major importance to the Strzelce Opolskie project.

A report prepared by Tomasz Wiktorski and released by market research firm B+R Furniture Market Analysis Studio and the Polish Chamber of Commerce of Furniture Manufacturers, points out that two-thirds of locally-produced wood based panels are supplied to the Polish furniture industry, while the remaining third is intended for customers active in other industries. For Kronospan and its OSB project in Strzelce Opolskie, construction is the industry of key significance for its sales.

In the first six months of 2013, Polandbased manufacturers produced 2.57 million m3 of particleboard - an increase of about 5.4% over 2.48 million m3 made in the same period a year earlier, according to data released by the country's Central Statistical Office (GUS).

Positive Market Forecasts
With regard to business opportunities in the Polish market, various forecasts provide reasons for moderate optimism.

According to figures released by the International Money Fund (IMF) earlier this year, the country's gross domestic product (GDP) is expected to increase by 1.1% in 2013, while in the following year it is expected to rise by 2.2%. While this is still less than Poland's growth rate of 4.3% in 2011, these estimates also prove that the country has a rather stable economic outlook, in spite of the ongoing financial turmoil in the Eurozone.

By 2018, the country's GDP growth is expected to progressively increase to a robust 3.5%.

The positive economic outlook is in line with Kronospan's strategy of expansion in the most promising markets. According to figures from the company, as much as 70% of its total product sales are generated in emerging markets.

Kronospan expanded to the Polish market in 1989, following the country's transformation from communism to capitalism. The Austrian company says that since then it has invested more than €1bn in building up its production capacities in Poland.

Currently, Kronospan operates seven production facilities making wood based panels in Poland. These have a workforce of about 2,500, according to data released by the company. In addition to this, Kronospan says that its presence in the Polish market has helped to maintain as much as an additional 15,000 jobs in various industries.

Kronospan also operates facilities in a number of other eastern EU member states such as Bulgaria, Croatia, the Czech Republic, Hungary, Latvia, Lithuania, Slovakia and Romania, as well as in Poland's neighbours Russia, Ukraine and Belarus. 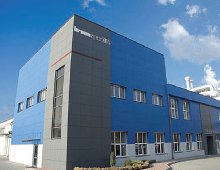 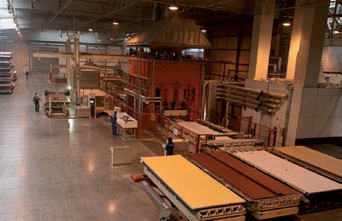 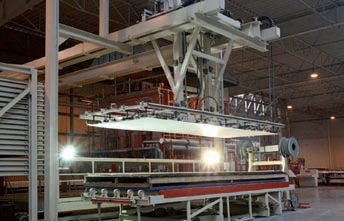 Melamine panels are an important market 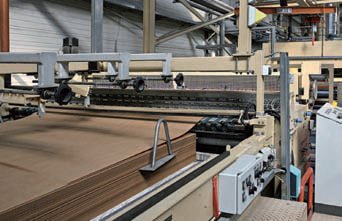 Part of the production line at Mielec 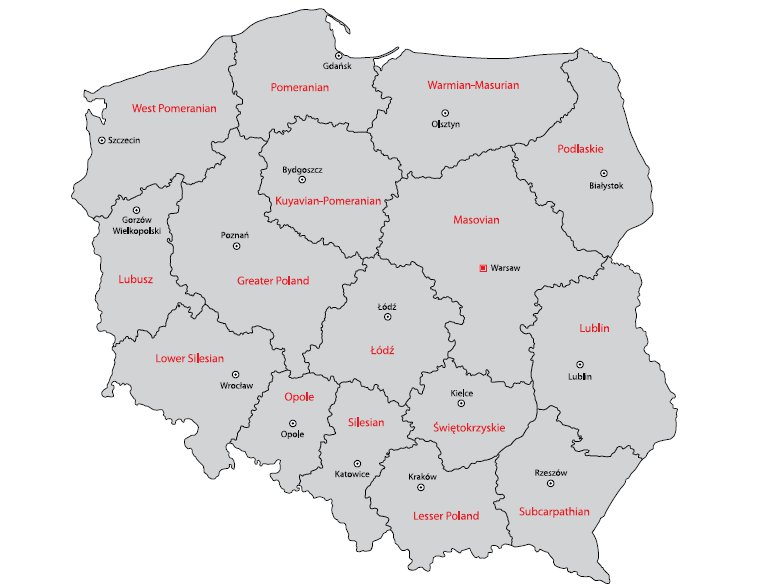 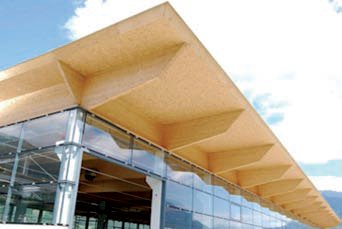 Design for the Strzelce Opolskie project