Chilean panel maker is a major force in Brazil

Arauco do Brasil SA, an MDF and MDP (medium density particleboard) manufacturer with nearly 87,000ha of its own planted forest land and seven wood panel lines at three plants in the country, is optimising its national output and preparing to grow still bigger in Brazil.

That could soon mean the installation of a new continuous line, most likely for MDF, at its Jaguar?íaiva site in the north of the state; the closure of its old three-opening press line at its Curitiba particleboard plant; and, more intriguingly, the possible addition of another big plant, either greenfield or acquired, elsewhere in Brazil.

When WBPI visited Arauco do Brasil at the end of June, the firm was emphatic that it was not ready to announce any detailed expansion plans, nor a firm date for closing its outdated Curitiba particleboard plant. Today, that former Placas do Paraná site, running old batch-press lines and now encircled by the fast expanding state capital, is a victim of urban creep.

But the Chilean group is clearly determined to capitalise on the success of its initial foray into Brazil. It is already close to achieving critical mass in terms of its forest base. Back in 2006, it set itself a Brazilian target to secure 100,000ha of land, half of it planted, before further industrial growth.

Following its 2009 acquisition of Sonae group’s Tafisa Brasil operation, adding new panel capacity of 660,000m3, Arauco has been busy tidying up and stretching its new plant.

The work involved some badly needed investment and urgent changes to the old Tafisa maintenance regime, as well as an ongoing programme to tackle production bottlenecks on the facility’s three lines at Piên in Brazil’s Paraná state.

Another priority for Arauco do Brasil has been to secure its forest base. Over the last four years, following its customary course, the Chilean group has invested almost US$296m in new land across Paraná state in a bid to build up its wood resources in Brazil.

When the group first set up in the country in 2005, it inherited just 26,000ha of plantation pine forest from Louis Dreyfus Group in the north and south of the state.

Two years later it gained 50,000ha more in northern Paraná, over half of it ready-planted with pine and eucalyptus, in a deal to buy the Arapoti interests of Nordic forest products group Stora-Enso.

Since then, Arauco, which still sees itself first and foremost as a forestry group, has continued to plant more trees and bought up additional Brazilian forest land, including 20,000ha near Curitiba, to ensure enough fibre for its industrial plants.

Tafisa Brasil came with the Piên plant, but with no forest resources of its own. Arauco has provided the mill with fibre from its sizeable Campo do Tenente forest plantations, inherited originally from Dreyfus, which are around 40km away.

The task of sourcing wood is ongoing where the Piên site is concerned. In mid-2010, the firm was in the process of negotiating wood supply deals with local forest landowners, according to Arauco do Brasil managing director Carlos Bianchi.

“We have a big forest at Campo do Tenente, but not enough to cover our needs one hundred per cent [at Piên],the chief executive told WBPI in June.

Prior to its takeover of Tafisa Brasil, Arauco realised it would have its work cut out to improve the plant when poor maintenance led to a serious environmental accident. Weeks before the handover, a heavily corroded MDF cyclone pipe at the plant finally fractured, spewing out clouds of wood fibres which ‘rained’ down on the community of Piên like snow overnight.

Although Tafisa was forced to handle immediate repairs after the blow-out, it was clear there had been a shortfall in essential investment at the 76ha Piên site over at least three years. Since then, Arauco has had to secure the system and reactivate “preventive maintenanceprocedures at the plant and has carried out a systematic shutdown and inspection of each of its panel lines.

Nevertheless, for Arauco, the Tafisa acquisition was a bold and significant move. At a stroke, the US$227m addition gave the group its first Brazilian continuous MDP line and doubled its national capacity. “For Arauco, this deal was of great importance, because we increased our market share through that plant,said Mr Bianchi, formerly the commercial director of Paneles Arauco, the group’s wood panels division.

The Piên plant provided Arauco with two Siempelkamp MDF lines, together with more than 440,000m3/year of capacity, and one Siempelkamp MDP line of 240,000m3/year, in addition to the 250,000m2/month laminated flooring line. It also runs two low pressure laminating lines: a 170,000m3/year Siempelkamp and a 24,000m3/year Pagnoni line, used for flooring board.

Arauco group was not entirely unfamiliar with laminate flooring since it inherited the Flooring SA two million m2/year operation in Zarate, Argentina in 2005.

This year, the Piên plant’s overall panel capacity is expected to reach its highest level at around 55,000m3/month, following Arauco’s work in improving maintenance and removing the bottlenecks, confirmed plant manager Andreas Hoffmann.

“Our operational plan for 2010 is for production of 650,000m3. Up to June, we are on track for this target. If the year continues as expected, we’ll have the best year we’ve ever had,he told WBPI earlier this year.

One major bottleneck for MDF production is a lack of capacity in the fibre drying section. There is sufficient press capacity to allow a 15% increase in MDF output if this is fixed. By the end of this year, de-watering units will be added to the refiner to improve drying and Arauco will optimise energy plant performance to remove the bottleneck, said Mr Hoffmann, a former operations manager at Masisa’s Mexican panel plant.

As a result of the January maintenance shutdown of Piên’s MDP line, ‘uptime’ improved from 80 to 92.4% in May. Arauco is now aiming to achieve output from the line of 240,000m3/year over the next year, revealed the manager.

Apart from work on the board lines, Arauco has added a new 9,700m2 finished panel warehouse; is renewing and upgrading the plant-wide electronic control equipment; and has expanded the site’s effluent treatment facility. In addition, the plant has installed a newer version of the SAP integrated management software.

“I’m certain Arauco’s approach of doing the necessary investments on maintenance and capacity will bring long-term sustainability to this site,declared Mr Hoffmann. Since its acquisition, the Chilean group has invested more than US$11m at Piên.

When Arauco first took over Tafisa Brasil, it laid off some key workers, but since then, the Piên site workforce has been increased by 70, to 350. Much of this change is due to a decision to bring plant maintenance responsibilities, formerly outsourced, back in-house.

In capacity terms, Arauco do Brasil is not so big. Its aim, as with its other panel plants, is to optimise the output of each line. Maximum output at the lowest possible cost has enabled the firm to boost its Brazilian market share.

Last year, it achieved a market share in MDF of 23%, although its share of capacity stood at just 18%. In MDP, the company had 12% of national capacity, whereas it won an 18% market share, according to Mr Bianchi.

While Arauco do Brasil does aim for maximum production, it is keen not to destabilize the Brazilian market with huge board volumes. As it has expanded national output, the company has cut the volume imported from its Argentine MDF plant to around a third of its maximum level, explained the executive.

A decision is now imminent on whether, and how, to expand Arauco’s Jaguaríaiva MDF plant in northern Paraná which runs the former Placas do Paraná single Metso 320,000m3/year continuous line. The company has ample wood resources in Paraná’s ‘Old North’ region to sustain a new panel line of around 500,000m3/year at this big site, Mr Bianchi told WBPI.

The idea of installing a second continuous panel line at Jaguaríaiva is not new. In 2001, Placas do Paraná was considering adding a 520,000m3/year particleboard line to replace its single-opening lines in Curitiba. But the project was finally shelved.

Arauco is pleased with the performance of the existing MDF line there and is due to decide before the end of this year whether to install an MDP line or MDF II, the chief executive said. It already plans to install a 140,000m3/year Wemhöner melamine laminating line and a 3.6 million m2/month VITS paper impregnation line at Jaguaríaiva in March 2011.

Another pressing priority for Arauco do Brasil is the future of its Curitiba plant. There, it has invested heavily in environmental improvements, as well as maintaining the three newest of five old Dieffenbacher batch-press lines bought originally with Placas do Paraná.

The firm has increased productivity at Curitiba through dedicating a particular product to a specific line. MDP output now amounts to 280,000m3/year.

Despite the plant’s awkward city location, Arauco says it has maintained good relations with the local community, officials and the environmental authorities. But it is only a matter of time before the urban plant will close and production, logically, is shifted to northern Paraná.

“Eventually we will replace that mill....We don’t have any plan or date to close it [now]. But, it seems to me, long term, we need to replace those [batch] lines,was all the chief executive would say about what is clearly still a challenging situation for Arauco do Brasil.

As for further expansion, Arauco do Brasil is already mulling over its options in this huge country. It is certainly aware of the gradual drift of panel makers into fresh regions of the country, not least closer to big potential markets in Brazil’s northeast.

“We are working on that. But I cannot talk about it [now]. Brazil is too big,Mr Bianchi said with something of a twinkle in his eye, when asked by WBPI if Arauco was looking at new development, say in Minas Gerais state, where Duratex already has production.

“We are evaluating different locations.... We are evaluating alternatives to buy land in other places....We have ideas. But, of course, realistically, we don’t see that Paraná is where we can keep [on] growing in this market,Mr Bianchi said.

Looking ahead, the Chilean group is committed to a future in Brazil. “Arauco is now one of the big players in Brazil and in a position to move forward,the executive said.

In April, as if to confirm its commitment, Arauco do Brasil agreed to buy out its partner in Dynea Brasil SA, a local resin and melamine papers joint venture. It paid US$15m to acquire the 50% stake held by the Finland-based chemicals group Dynea AS.

He is sure the Brazilian panels industry can sustain as many as six sizeable producers after the recent merger initiatives from Duratex and Arauco itself. But is further consolidation of the industry likely?

“I would expect maybe more consolidation in the next two years in Brazil and, if there is an opportunity, Arauco will be open to [make an acquisition].

“One thing I can tell you, Arauco is not going back. It will not sell its [Brazilian] operations. It does not have any plan, no mention [of one] to pull out of Brazil,stressed Arauco do Brasil’s managing director. 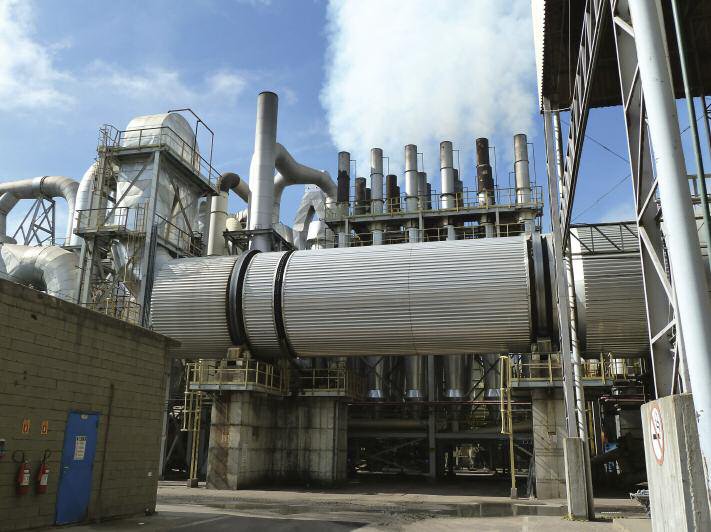 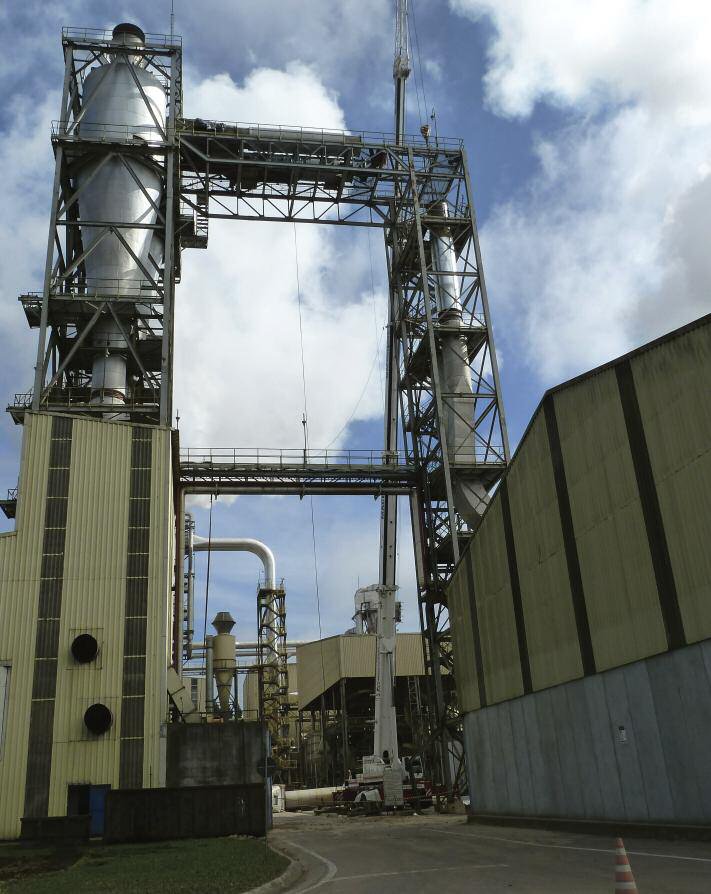 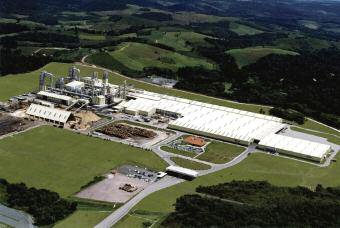 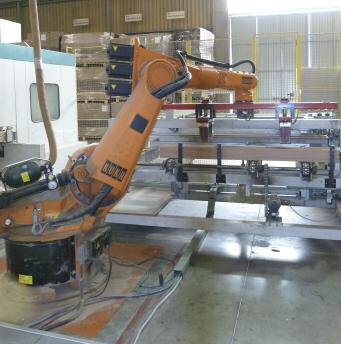 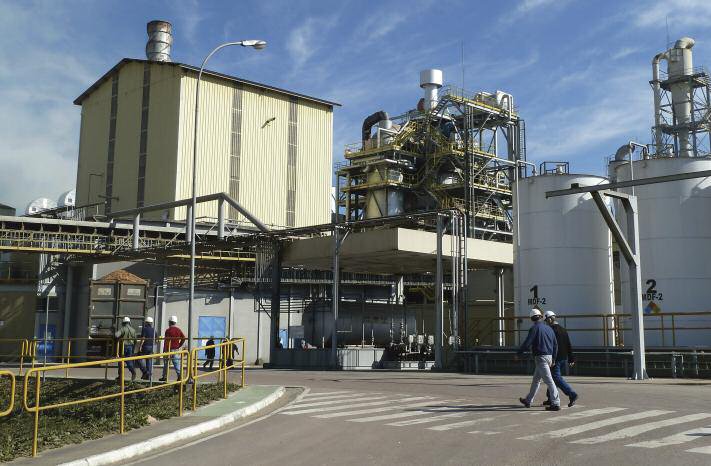 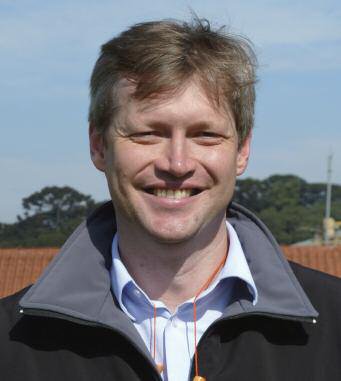 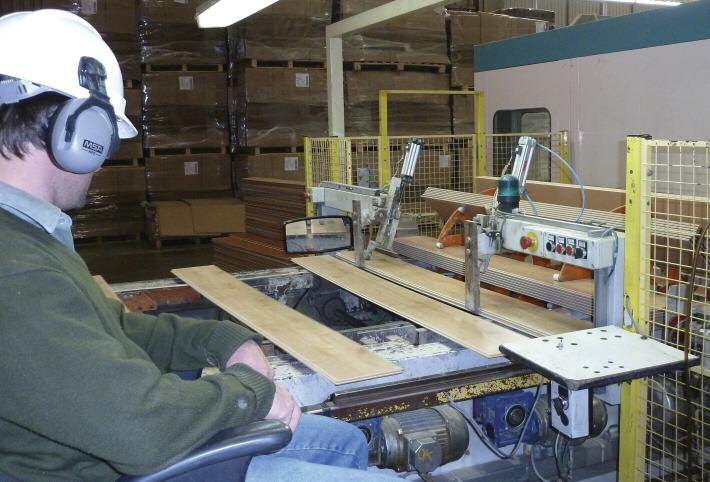