The country’s latest Siempelkamp ContiRoll line, starting up this October, represents the first phase of what is a major integrated wood products complex. Apart from MDF, it will later include a 700,000m3/yr MDP (medium density particleboard) line, two low pressure melamine finishing units and a paper impregnation line, as well as a 310,000m3/year lumber saw mill.

The final launch of Berneck’s second MDF line marks the debut of the firm’s muchheralded Curitibanos greenfield complex, located further south in the forest-rich Brazilian state of Santa Catarina. Once complete, it will have an overall panel capacity of 3,500m3/day.

This ambitious scheme signals the start of a new flurry of national capacity expansion. It is the first significant plan to take shape in the Brazilian wood panel industry’s latest growth cycle, following global recession.

Next year, two other panel makers in Brazil, including sector leader Duratex SA and Chilean-owned Arauco do Brasil SA are due to follow suit, starting up new MDF lines representing a combined capacity hike of more than one million m3/year.

While some bold capacity announcements may be viewed as simply positioning moves or brinkmanship in Brazil’s fiercely competitive wood panel marketplace, domestic demand for fibreboard just keeps on growing. Earlier this year, MDF producers reported they were all but sold out.

Even so, the market surge of 2010 has subsided, replaced this year by a rather more lacklustre picture. Domestic demand for MDF between January and May 2011 consistently fell behind that for the panel in the same period last year.

Berneck president Gilson Berneck is under no illusion that, with the injection of fresh fibreboard set to come on stream, he faces a real battle to market his Curitibanos output. “It will be very difficult to sell. We’ll fight to sell it, but when you fight, you reduce your margins,Mr Berneck told WBPI in June when he personally introduced this magazine to his new Santa Catarina site.

Berneck’s chief executive is proud of his latest expansion project, which positions his company firmly at the top table of Brazil’s panel industry. At one time, over two years ago in the midst of the recession, he had considered postponing the greenfield scheme and growing by acquisition.

At that time, Berneck was in the bidding to buy either Sonae Indústria’s Tafisa Brasil mill in Paraná state, or leading MDP producer Satipel Industrial, Mr Berneck now admits. But, Duratex soon snapped up Satipel and, having reached the due diligence stage in bidding for Tafisa, Berneck finally left the field clear for Arauco, deciding to stick with its Curitibanos plan instead, recalls Berneck’s president.

He clearly took the view that his group could not handle both an acquisition and the ambitious greenfield project simultaneously. Apart from that, if Berneck took over Tafisa Brasil, the chances were that Arauco would simply construct a new plant itself, Mr Berneck argues.

To date, the company’s focus has been firmly on achieving a smooth start-up for its southern MDF line. The 1,500m3/day unit, along with the plant’s first low-pressure melamine laminating line, should be feeding the Brazilian MDF market by early in 2012.

Now, work has begun constructing the sawmill, with orders placed for the machinery in late July; the co-generation system and lumber mill launches are scheduled for the final quarter of 2012. This mill is 25% bigger than the one Berneck runs at its main Curitiba complex.

The company intends to make a final decision on its second Curitibanos panel line by next June, but it will almost certainly be an MDP production unit. This line is due to be erected in 2014, according to Gilson Berneck.

The site’s second melamine laminating line could be in and operating prior to the arrival of the MDP line, depending on market demand. In June, Berneck was negotiating a potential deal to sell around 35% of its MDF output and, if successful, it would hasten the installation of the other short cycle press, Mr Berneck told me when WBPI visited Curitibanos.

The Paraná-based panel maker has chosen an isolated rural location for its second wood products complex. It comprises a 250ha site eight miles from the small Santa Catarina town of Curitibanos and is surrounded by forest plantations.

Berneck can count on ample wood supplies from its own 2,500ha of planted pine forest as well as from a similar area of plantations farmed by local landowners subsidised by the group. Wood will be trucked in from up to a radius of 60km.

When WBPI visited the plant, workers were busy assembling the MDF line on one side of the vast 48,000m2 machine hall while outside, the energy plant, wood handling and fibre processing sections were gradually taking shape.

One unique aspect of the new plant is that Berneck has chosen to locate both its panel lines within the same huge building for logistical reasons. “Transport of panels within the site itself is reduced by having the single building. It will also house the two low-pressure laminating lines,pointed out industrial director Daniel Berneck, son of the company president.

At the heart of the MDF panel line is Siempelkamp’s ContiRoll press with a width of 2.74m and a length of 40.4m. It is capable of turning out board at a rate of around 42,000m3 per month, according to the new plant’s manager, Edgar Martins.

At the end of the main press line the MDF board will enter initial finishing through a Steinemann Satos Plus sanding line.

In August, the site took delivery of its first Wemhöner melamine line with a 220 cycle/hour and 216,000m3/year finishing capacity. Space has been left, just outside the main hall, for the installation of the paper impregnation line, separated in its own clean, dust free unit.

One MDF line innovation is the EVOjet dry resination blending system in the gluing area, supplied by Sunds MDF Technologies, now part of the Dieffenbacher group. The Sunds equipment includes a dryer, a Z-sifter and Sunds equipment process automation.

The panel maker is the first in Brazil to fit the EVOjet dry resin system, but a second one will be part of Arauco’s new MDF line in northern Paraná in 2012.

A Brazilian-supplied boiler, with a thermal capacity of 124MW, provides a steam capacity of 85 tonnes/hr at 515oC, according to Berneck.

A locally-supplied electrical co-generation turbine with a 9.8MW output will help the panel maker to build in a degree of power elf-sufficiency at Curitibanos.

However, the project did face one potentially major setback earlier in the year. Its launch was held up as a result of the Santa Catarina state government’s failure to complete the installation of a 128kV power line to supply the complex with electricity by June.

“The last government [administration], which ended in December 2010, did not perform its duties, since it was election year and they did not know if they would still be in power this year,suggested Daniel Berneck in April.

Nevertheless, he was confident that, with the company’s help, the state authority would still complete the power connection in time for an October plant start-up. Berneck plans that, like its main plant, 50% of electricity consumption will be supplied from its own biomass, while the other 50% will come from the grid.

The company aims to mirror the electricity arrangement it has at the Araucaria plant by selling the power it generates to the grid and buying back the electricity it needs, in higher voltage, at a price advantage.

Earlier this year, work was almost complete on the electricity receiving station at Araucaria and the plant was producing 8MW of energy. “We are aiming to reach 13MW by the end of 2011 and we consume 21MW,said Daniel Berneck.

Back in June, when I visited, because of our tight schedule and the site’s relative isolation, Gilson Berneck agreed to fly me from Curitiba, the Paraná state capital, the 30 minutes to a tiny local airport in his private executive jet.

Berneck’s growing southern complex, with its gentle green facade, seems to be settling well into its rural forest surroundings. Visitors are greeted at an imposing archway entrance with a view of the complex across a picturesque lake.

The main reception block, with human resources, staff changing facilities, a cafeteria and training hall, is linked neatly with a parts warehouse and electrical and mechanical maintenance workshop. Behind the block lies a large site where the lumber mill will take shape next year.

The Curitibanos plant, unlike Araucaria, will not carry all the added group headquarters functions and so will employ around half the workforce. Berneck’s main facility employs a complement of 600 workers, confirmed the industrial director.

Berneck is distinctive in the Brazilian industry these days, preferring to focus on manufacturing its trademark pine based wood panels. Other companies have followed the trend of increasing their production of mainly eucalyptus based board at the expense of pine panels.

The producer’s lighter-coloured MDP board has been particularly well received in the Brazilian market in recent months, enabling Berneck to sell almost 100% of its Araucaria line production since 2010, according to Daniel Berneck.

Its 1,500m3/day Siempelkamp line there has already been stretched to turn out around 600,000m3/year, based on an average thickness of 15mm. But now, encouraged by the market, the company is fine-tuning and de-bottlenecking the line to edge its capacity up to 650,000m3/year by the end of this year.

Berneck is looking at processing issues such as the milling capacity, drying, and improvements in other areas of particle preparation, to coax the press up to its full potential, explained its industrial director.

The company is well established in the lumber sector and has noted that, recently, world sawn timber prices have risen, partly due to improved demand from Japan following the earthquake and tsunami, and also to a strong pull from China.

While demand for timber in Brazil, mainly from the packaging sector, remains good, Mr Berneck junior believes the firm’s current 60/40 balance in favour of exports could alter, with more lumber going abroad.

Longer term, he sees change coming for the domestic market, too. Traditionally, the Brazilian construction industry has bought its wood from small, unregulated suppliers, many of whom do not pay taxes. So, bigger legal lumber producers find it hard to compete.

However, the construction sector is growing, a timber frame building revolution is already underway, and there is an acute shortage of building materials, so lumber demand will expand, believes the executive.

President Gilson Berneck expressed pleasure at his company’s final decision not to go down the acquisition route but to stick with its ambitious greenfield scheme.

While he believes that his sector will see more mergers and acquisitions, Mr Berneck is adamant that his firm will not be part of it. “We won’t be involved in further consolidation, for sure. That’s because we don’t want to make an association with any of those companies that will probably be involved,he told WBPI.

“We prefer to grow with our own [organic growth] projects,admitted Mr Berneck, a veteran of Brazil’s forest products sector, who admitted: “we feel very comfortable with our decisions and plans”. 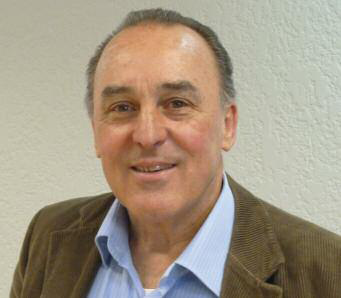 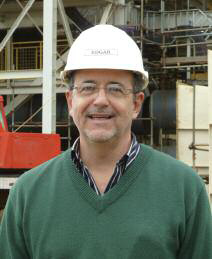 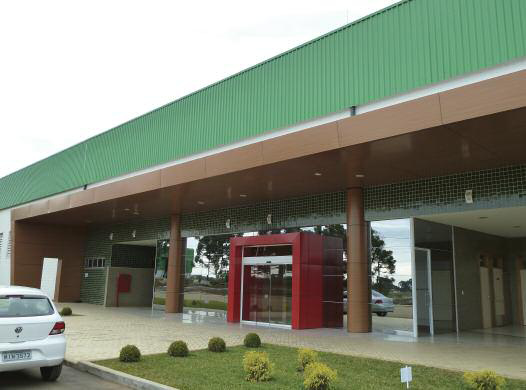 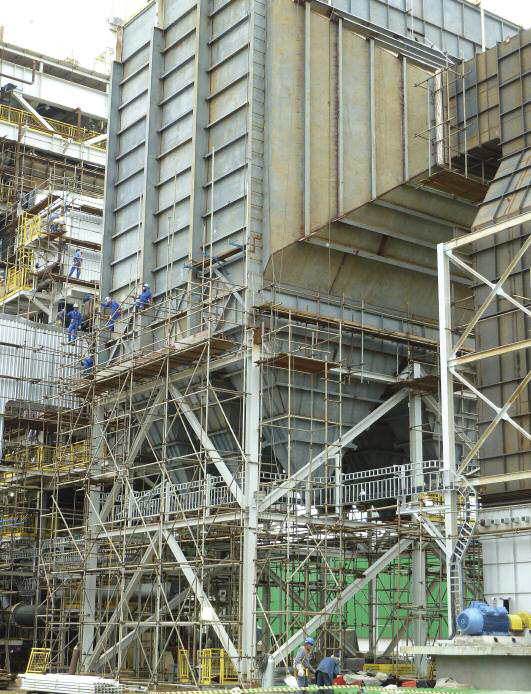 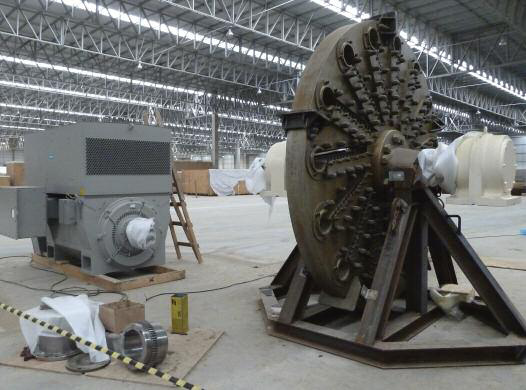