In the second half of last year, producers reported their plants were fully sold as MDF panels led the charge with annual growth of some 28%.

However, now the government has slammed on the economic brakes, raising interest rates several times to counter alarming signs of inflation.

While the national panel market slowed significantly in the first six months of 2011, traditionally the quieter half of the year, the industry was hopeful that factors such as a construction sector upturn, and continuing growth of Brazil’s upwardly mobile ‘new’ middle class, would lift second-half sales.

Even so, a relatively modest 2011 growth forecast for MDF and medium density particleboard (MDP) of 8.5% from the national panel makers’ association ABIPA back in June, was later revised down to 7%. That follows a fall in Brazil’s 2011 GDP estimate from 5.5% to just 3.7% in August. Last year GDP was up by a dramatic 7.5%.

Buoyed up by the strong recovery and looking to longer-term market needs, panel makers have launched the industry’s latest round of capacity expansion schemes.

A trio of major projects will result in three substantial MDF lines coming on stream before the end of next year, adding another 1.6 million m3/yr to national capacity.

The nominal capacity additions comprise a 500,000m3/year second line for Berneck in Curitibanos, Santa Catarina state, starting this October; Arauco do Brasil’s 500,000m3/year MDF II line at its Jaguariaíva site in Paraná state, due on-stream next May, and the first of two MDF lines promised by Duratex, adding 580,000m3/year at Itapetininga, São Paulo state, in the second half of 2012.

Further expansion is promised with Masisa do Brasil planning a second MDF line with a 450,000m3/year output at an undecided location, due from 2013, and the blueprint for a third MDF line due to be up and running by 2017. In 2014, the second Duratex planned line, a giant 750,000m3/year, with a 77m press, should also start up, while Berneck plans to launch a 700,000m3/year MDP line at its Curitibanos complex.

Production of MDF reached a new landmark last year as the Brazilian annual total edged past that of MDP for the first time. While MDP continued to expand, with more being sold as laminated board, it is still viewed as somewhat ‘mature and lowpriced’, with most board nowadays sold ‘raw’ for painting.

Producers have been committing more fibreboard capacity to HDF output as domestic demand for thin board has soared. Much of that has been at the expense of traditional wet process hardboard – still a significant product in Brazil.

A marked trend among Brazilian panel companies has been their heavy investment to upgrade and expand their board finishing. New equipment being added this and next year is chiefly new melamine laminating press lines and paper impregnators, often installed alongside a new panel line.

Lingering world recession, and the persistent strength of the Brazilian currency, the real, have meant the panel sector, along with other industries, has seen exports plunge. Even the industry’s once-booming hardboard exports have all but shrivelled up, according to 2010 ABIPA figures.

The sector’s heavy reliance on domestic sales has led to a lack of panels available for new export markets. This situation sounded alarm bells at ABIPA, which has been looking ahead to a time when the Brazilian market bubble may just burst.

ABIPA has been attempting to negotiate bilateral sector export deals with potential buyer nations, while industry leaders are spearheading export drives in Mexico, South Africa, the Middle East and other parts of Latin America.

The association wants its member companies to join forces to export through a single Brazilian port and to coordinate shipments of panels of a specific type, size and finish. This would help to reduce freight costs, an ABIPA spokesman explained.

Another issue taxing the minds of Brazil’s panel manufacturers looking to export is the image of their product abroad. They were struck by global environmental pressure that has meant ever-tighter rules on board quality accepted by traditional markets.

One case in point is panel resin emissions regulation in Europe and the US, and the gradual tightening of the California CARB air rules. While some Brazilian producers are already certified to meet the latest stringent CARB II rules, or E1 regulations, most board there is still at the level of E2 or higher, ABIPA admits.

With an eye particularly on export opportunities in Mexico, which ships board finished there to the big US market, ABIPA recently established its Quality Programme. This will review all aspects of the performance of Brazilian panel products, including their emission levels.

ABIPA members have agreed to switch MDF gradually to E1, perhaps over several years. The first stage involves all Brazilian companies moving immediately to a grade of E2 or lower, explained Rosane Donati.

Members are used to the domestic market where price is the main concern of their furniture industry customers. They are also aware that to shift to E1 would put up their costs by a claimed 15%.

The move on emission levels is a response to the world trend, but ABIPA’s programme also anticipates new environmental legislation planned by Brazil’s government, including a law on solid residues.

One panel producer which has already ‘bitten the bullet’ and switched its output to E1 is the Chilean-owned Masisa do Brasil. Today, all its production is of E1 grade, according to industrial director Pablo Rossler.

“In our Ponta Grossa plant we began E1 production back in 2001. It was a decision of the company to become a leader in sustainability,he told WBPI in June.

For now, most of Brazil’s panel makers are focused on adding value to their product range and successfully completing new capacity projects to keep up with domestic demand. Certainly, there seems little sign of Brazil’s healthy panel market running out of steam any time soon. 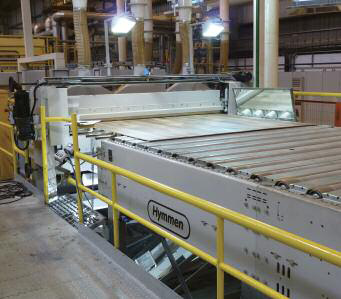 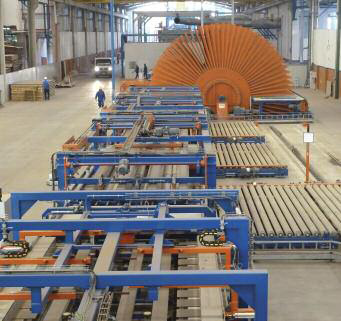 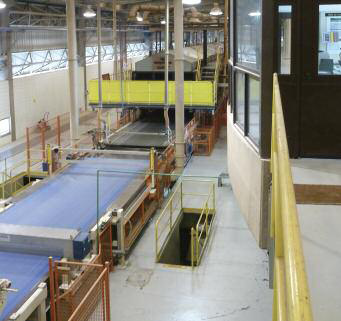 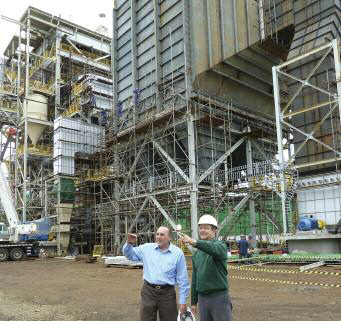 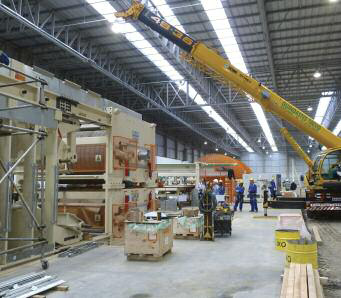 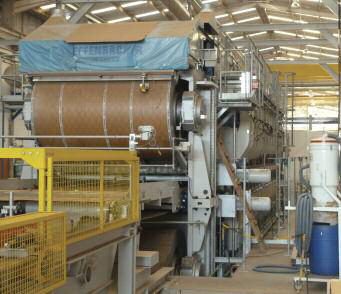