Colombia, Latin America’s third most populous nation with over 46 million inhabitants, a big proportion of them urbanised, and a robust and still growing economy, is a key target market for the region’s wood panel makers, says Richard Higgs.

In recent years, much of the country's swelling board demand has been supplied by imports, notably from producers in Chile, Ecuador and China. But significant investment by Tablemac, one of Colombia's two domestic panel companies, has begun to reverse that trend.

A year ago, the 21-year-old particleboard producer launched the country's first MDF line at a new plant in Barbosa, close to Colombia's second city Medellin. At a stroke, this bold US$70m initiative more than doubled Tablemac's 110,000m3/year board capacity and completed its panel portfolio.

Installation of the 132,000m3/year continuous Dieffenbacher MDF line - this July running at 80% of capacity - along with a newly-launched 92,000m3/year Wemhöner melamine press, has spearheaded a national fight back.

But, with the ramp-up progressing well, the company has set itself an ambitious target for 2013, aiming to snatch a 40% share for the full year, said Tablemac's chief executive Juan Fernando Vásquez.

That will likely mean punching a hole in imports, including the sizeable shares of key Chilean MDF players like Arauco, with an estimated 31% in 2012, and Masisa, with 20%. Tablemac believes it now has a distinct advantage, combining board quality with full product- and order-flexibility, alongside local service and technical back-up.

"We're trying to increase our market share in particleboard too, taking advantage of the low pressure laminated board," its ceo told WBPI at the Medellin head office in July.

Tablemac has come a long way since 2000 when, along with Colombia's other main panel maker, Pizano SA, it was forced to the edge of bankruptcy thanks to the country's deep economic crisis. Both firms, each then launching a new particleboard line, sought the financial shelter of Ley (or Law) 550 - Colombia's version of the US Chapter 11 bankruptcy protection.

Both companies have since recovered, but a radical survival plan instituted by the management at Tablemac, traditionally the younger, second player, radically reshaped the company. The business was restructured, costs were slashed, and in 2004 one of its two small particleboard lines was mothballed. Its "low-profit customers were eliminated" and a fresh era of lean operation ensued.

In 2007, with markets strengthening, Tablemac reopened the Manizales plant and a year later paid off all its outstanding debts, emerging from Ley 550 to launch a vital reinvestment programme. Despite a bumpy ride through the recession of 2008-09, the firm also opened its own flat pack RTA furniture components plant at Guarne.

"It is practically since 2007 that Tablemac has been investing: a new refiner, new flakers, a new chipper, and after 2008 in [panel] finishing with a finish foil line and new [paper] impregnation line," recalled one of Tablemac's original recovery team, and its current manufacturing manager, Diego Rodríguez.

Despite its trials and tribulations, publiclyquoted Tablemac has shown a significant growth record. Over the past 17 years, it averaged an annual rate of 8.2%. Last year, the company was valued at around US$75m.

However, it is perhaps in the past two years that the company has delivered its most stunning and unexpected coup. After a chance international contact and a remarkable meeting of minds, Tablemac has secured a powerful strategic alliance with the southern hemisphere's top panel maker, Duratex SA.

In 2011, with its finances still tight, the Tablemac board debated raising new funds from the market or seeking an industry partner.

Drawing on its regional contacts and open relationship with competitors, the company explored its options. Then, during routine talks about extending its product range with Duratex, Brazil's leading panel producer, the Colombian firm suddenly struck gold.
"We had some contact with Duratex while looking for products. In the past, we imported particleboard from Satipel [now part of Duratex]. In conversation with [Duratex], we suggested they might be interested in Colombia. They answered: "Why not?," recalled Juan Fernando Vásquez.

Tablemac realised its best option was to find a strategic partner, both from financial and synergy points of view, while Duratex, which wants to grow outside Brazil, has described Tablemac's management team as having the same 'DNA' as its own.

"It was the right moment and I think they liked Tablemac and found we have something similar to them. They felt comfortable and we reached a good agreement," said Mr Vásquez.

A formal alliance was signed in mid-2012 and Duratex, part of Brazil's powerful Itaú banking group, currently holds a 37% share in Tablemac. It has an option over the next year or so to acquire up to 15% more, and eventually wants to take control of the Colombian firm.

Tablemac has already felt clear benefits from the new partnership, not only in terms of fresh investment funds, but also in shared technical know-how and experience, along with enhanced purchasing power. For example, the Colombians are already making cost savings by buying white base laminate papers through their Brazilian shareholder.

Following the union and its MDF initiative, Tablemac is now studying other areas of activity requiring fresh investment and expansion. The firm still operates two small single-opening particleboard lines, at Yarumal and Manizales, with respective capacities of 74,500m3/year and 38,000m3/year.

Tablemac's ceo is quick to agree that, with the Colombian market still growing, his firm needs to expand. "We have to think about new investment in the future for particleboard to increase our capacity. In MDF, we still have enough capacity to grow," said Mr Vásquez, who accepted that this could mean Tablemac installing another continuous press line.

Talk is already of eventual 'MDP' production, implying continuous press production, and betraying something of the Duratex influence.

Over the next decade, the ceo forecast, the domestic panel market will need to double in size to meet Colombia's expected demand. "To be a key player with that trend, we need to invest a lot in forestry and in new plants," admitted Mr Vásquez.

He acknowledged that shareholders like Duratex do not invest in a firm such as Tablemac to see it stand still. "They want to develop something like [what has happened] in Brazil," Mr Vásquez said, though he was unwilling to reveal much detail of Tablemac's strategic plan.

Another area ripe for investment is the forestry operation, which is still modest with less than 5,000ha of plantation on a total land holding of about 7,800ha. Tablemac is developing its own plantations while still drawing on wood from outside forest owners.

In 2012, it planted around 1,000ha of new eucalyptus trees and the long-term aim is to invest in new forest land and to focus mainly on this species. Long-term, the firm expects eucalyptus to represent 70% of its wood use.

Duratex, which injected an initial US$100m into Tablemac's cash flow, indicated last year it would like to streamline Tablemac's operations and revolutionise its forest productivity.

There is little doubt Tablemac relishes a challenge, and it certainly faced one in its project to establish the Barbosa plant. Its search for a new MDF line ended in the US when the German firm Inserco recommended a single-opening press line from Great Lakes MDF (formerly owned by Canfibre) at Lackawanna in Buffalo, New York state.

When it acquired the US line, Tablemac initially planned to buy a melamine press at the same time, but decided to delay its installation until this year. So, until this August, the MDF line produced only sanded panels. Steinemann sanding and Schelling cutto- size section also came from Lackawanna.

When Tablemac first embarked on its MDF plan there was little experience to draw on in Colombia. It thus worked closely with the experienced Spanish panel maker Finsa, which was responsible initially for training a number of Colombian workers in Spain.

Links with the Spanish firm have grown since then, with Tablemac taking on regional distribution of Finsa's high-end 'Faus' wood laminate flooring. Meanwhile, Tablemac is also selling Duratex's 'Durafloor' flooring products to the mass market, according to Mr Vásquez.

The 128,000m2 Barbosa site, nestling in a deep valley between rolling green hills close to a tributary of the River Cauca, was formerly the home of a textile manufacturer.

Its location, chosen largely for logistical reasons, is around 60km from wood supplies, though transport via the region's tortuous hillside roads is slow and far from ideal. Tablemac was also attracted by the site's huge tax advantages - VAT-free for 15 years, with a possible 15-year extension, plus import duty concessions.

Tablemac's MDF line includes an original Metso M60 refiner, capable of processing 38 tonnes/hour of fibre, though in July it was only handling around 12 tonnes/hour; a De Mets pre-press and a horizontal 'wicker' cooler with a special stacking station.

The greater part of the MDF line's fibre comes from pine (80%) while the rest is so far eucalyptus. "From the start of 2014, we expect to move to 40% eucalyptus and 60% pine. And, in the future, we are thinking to produce board only with eucalyptus," the manager said.

The board line itself can turn out 3-38mm panels, but Tablemac achieved 2.9mm in trials and may eventually produce board as thin as 2mm, according to Mr Gutiérrez.

The Barbosa plant is not the only Tablemac facility to benefit from recent investment. In an integration move two years ago, the firm invested US$7m to launch an 80 tonne/day resin plant at its main particleboard plant in Yarumal. The unit has been running full out to keep pace with rising board demand at each of the plants. Yarumal, which also operates a 17 million m2/year Tocchio paper impregnation line, has seen an annual improvement in its productivity for both panels and laminating. In July, around 30% of the particleboard output was being surfaced, using its three small melamine and finish foil finishing lines, but larger format panels were soon due to be finished on the new Barbosa melamine line.

Tablemac is making a big effort to get ahead of the competition in delivering a fresh range of new panel designs, textures and colours to what it recognises as an ever more fashion-conscious furniture market.

In addition, the Barbosa plant has been testing several new MDF products with an eye to new export opportunities, including the US. These include a specially finished MR fibreboard and MDF using low emission E1, as opposed to the existing E2, resin.

Meanwhile, the firm's head of research and development, Luis Arango, had projects this year looking at developing a more durable particleboard for concrete formwork in construction and a special non-painted or non-laminated wood grain panel finish.

It is hard to over-estimate the impact of the Duratex connection on Tablemac and its outlook. "Duratex is a key part of our planning. With the experience of Duratex we are now very clear on what we must do to be a highly competitive player in this industry," said Juan Fernando Vásquez.

To achieve its target, Tablemac is focused on combining a highly productive forestry operation and low cost wood with larger panel plants, for a greater economy of scale. 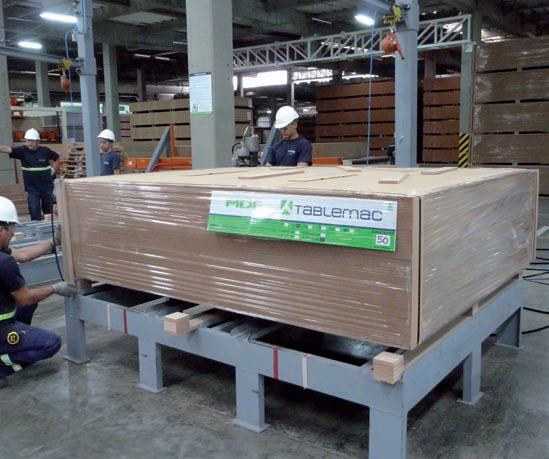 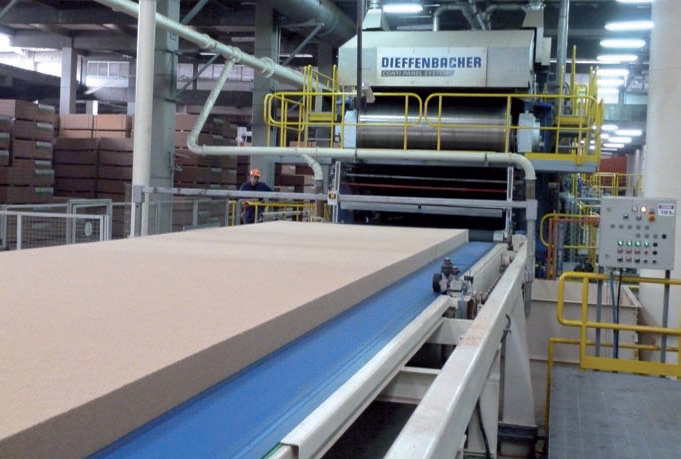 Tablemac's MDF line at Barbosa is the first continuous line in Colombia. 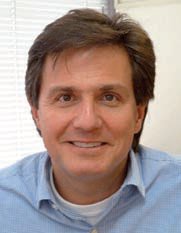 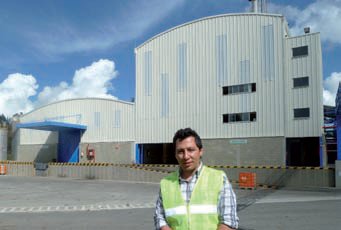 Head of R&D Luis Arango at the resin plant at Yarumal particleboard plant. 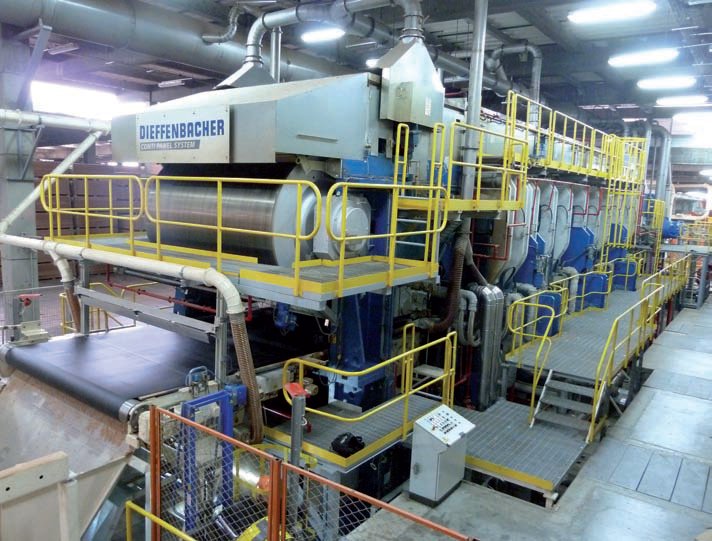 Dieffenbacher CPS MDF line will increase eucalyptus fibre use to 40% from early next year. 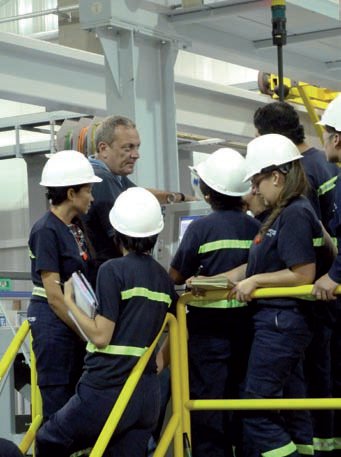 Machine operators, many female, being trained on the Wemhöner melamine line. 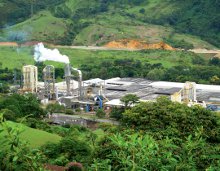 Tablemac more than doubled its capacity with its new Barbosa plant in 2011.