Eriez Magnetics Europe has invested in a second capacitive charger dubbed “the world’s largest commercial magnetiser”. This new unit will run alongside the existing charger and will be used to magnetise permanent ferrite and rare earth magnetic assemblies.

Eriez produces a range of plant with suspended permanent magnets, which are most commonly installed above process lines to remove ferrous contamination.

Weighing in at close to 14 tonnes this charger works by passing a 300kj high intensity current from the capacitor bank through an unmagnetised block of strontium ferrite or Neodymium iron boron. This ensures that all blocks are consistently magnetised across the full width and depth. Eriez Europe manufactures in excess of 2,000 overband magnets each year.

Eriez stated that it is able to efficiently deliver a high-calibre product whilst keeping costs to a minimum and further reducing its carbon footprint with this more prudent method of charging. The company boasts a large stock of equipment for immediate delivery. 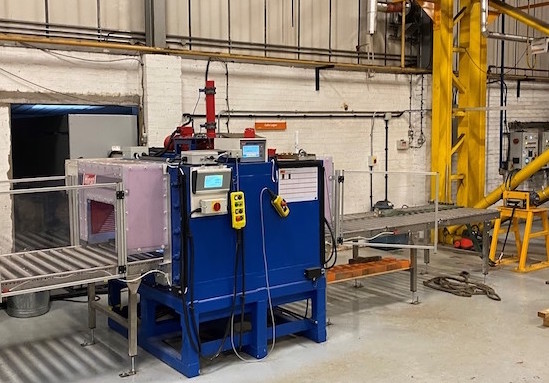