Tomlesdrev, with one of Russia’s largest wood processing plants, plans to start construction of a second plant for the production of particleboard in early 2013, according to Anton Nachkebia, chairman of the company, reports WBPI’s Russian correspondent, Eugene Gerden.

The new Tomlesdrev plant will be built in the northern area of Tomsk, one of the largest cities in Russia's Siberia, and will be located on a plot of 13ha.

Total investment in the project is estimated at four billion roubles (US$132m), of which RUB2.5bn will be invested directly in the construction of the plant, while another RUB1.5bn will be used to purchase equipment, as well as harvesting techniques.

The construction of the new plant will allow Tomlesdrev to double its current particleboard capacity of about 300,000m3.

Anton Nachkebia, chairman of Tomlesdrev, commented: "We are planning to get a building permit during the next two to three months and then to start construction of production facilities. The launch of construction is scheduled for the first quarter of 2013, while the commissioning is expected to take place in 2015.

"However, much will depend on when we will be provided with the land, as well as pass the examination to obtain a building permit. So far, we have already reached preliminary agreements with the banks about the provision of loans for the project".

It is planned that part of the funds will be allocated from the company's own resources, with 80% being provided by bank loans.

At the initial stage the new line will create 150 jobs and allow for the reduction of particleboard prices in the domestic market.

The new plant is expected to be run in parallel with the old for about three to four years, after which the company will take a decision regarding the old factory, as to whether it will be modernised or demolished, with further establishment of a new facility.

Payback period of the project is six years. According to Eugene Parshuto, the first deputy mayor of Tomsk, the project will be supported by the regional government.

Russian analysts believe Tomlesdrev has chosen the right time to build a new plant, taking into account the predicted significant increase in consumption of particleboard in Russia in the next three years.

According to analysts at BIS Shrapnel Pty Ltd, a leading research agency in the field of forestry, the annual growth in consumption of particleboard in Russia by 2016 is expected to be 17%, which is similar to the pre-crisis 2006-7 figures, with an annual volume growth of about 13%. At the same time production is also expected to increase.

In recent years, the construction of particleboard plants in Russia has become attractive for foreign investors due to a number of factors, such as the availability of affordable raw wood, the continued shortage of particleboard in the domestic market and cheap labour, as well as the large market, protected by tariffs and customs duties.

The use of waste from the processing of harvested wood, and large reserves of low-grade wood, allows for the production of cheap particleboard, in terms of production costs, compared with foreign suppliers.

The increase in production is expected to create conditions for reduced imports, as well as a simultaneous increase in exports, which should reach 350,000m3 in 2013.

In the meantime, the majority of leading foreign suppliers of particleboard remain sceptical about the plans of domestic manufacturers to drive out imported products.

Despite the fact that the Russian particleboard industry is steadily developing, most experts believe the domestic production is still unable to compete with imports.

The first such plant in the USSR was established in the late 1950s. The 'SP-25' line in Podrezkovo became the first Soviet production of particleboard and used all domestic equipment. Although its quality was good, it still trailed European standards.

After the collapse of the Soviet Union, many facilities for particleboard production were lost. Theoretically, the total number of particleboard factories in Russia currently should be 30. However, it does not exceed 15.

Today, Russian production is very different from foreign competitors in terms of raw materials. If in Europe a particleboard is comprised of only 8-10% hardwood chips, with the remaining being softwood, in Russia most of the raw material is hardwood.

Analysts believe this could be considered one of the advantages of Russian production over foreign competitors.

Vitaly Cromer, head of sales at Pallmann Maschinenfabrik GmbH & Co KG, Russia, said: "Russian particleboard is currently produced from raw material which is significantly better than that of its western competitors in terms of quality and composition. However the current condition of equipment used in its production in Russian plants leaves much to be desired, as the majority of it is in need of modernisation.

"This results in Russian production being significantly inferior to imports in terms of physical and mechanical properties. At the same time the cost of final production is also higher".

The same opinion is shared by Vitaly Strelkov, deputy director general of JSC VNIIDREV, Russia's leading research institute in wood based materials and processing of wood waste. According to him, it is currently impossible to produce high quality particleboard on the low-tech equipment installed in the majority of Russian factories.

For this reason, many Russian furniture manufacturers still prefer to use imported particleboard in their production.

Ian Tsypin, a leading expert on the Russian wood industry, said: "This trend could be explained by the fact that, in addition to the low quality of domestic production, the range of local production is still not as wide as that offered by foreign particleboard producers, in particular in terms of thicknesses, decorative range, textures, patterns and colours. Another reason is the standards for toxicity, since domestic particleboard producers often violate the restrictions on formaldehyde emissions, sparking concerns from furniture producers".

Among other problems for the industry is the lack of production of synthetic resins, as well as the shortage of production of urea-formaldehyde resins to produce low-emission, class E1, board. Also, Russia currently has no production of impregnating resins used in the manufacture of surfaced particleboard. Moreover there is a possibility of a shortage of urea in the near future.

Finally, the lack of qualified personnel for board production remains a problem.

Currently, the annual production of particleboard in Russia is estimated at 6.2 million m3. The majority of domestic production is located in the Central Federal District, which accounts for up to 44% of all particleboard produced in the country and where two of the top three of Russia's largest producers are located - in particular Kronospan and LLC Kronostar, occupying positions one and three, respectively. 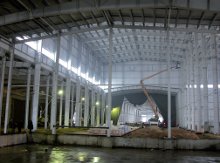 The site for the second Tomlesdrev plant 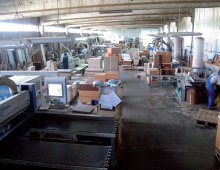 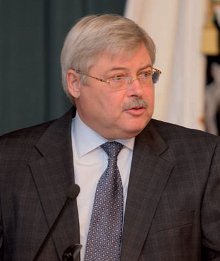