The Russian forest industry is on the verge of big changes, due to state plans to allow privatisation of national forests, reports our Russian correspondent Eugene Gerden.

Forest privatisation as a possibility is currently being considered by the Russian national parliament (State Duma).

As part of these plans, a package of amendments is expected to be approved soon, and introduced into the Russian Forest Code, which will allow the current forest tenants to cheaply redeem forests after the 15 year lease, except in cases where its location is in protected natural areas.

In addition, several days ago, Ivan Valentik, head of the Federal Forestry Agency, had put forward an initiative about increasing the lease term with tenants from 49 to 98 years. According to him, such a lease extension will increase the attractiveness of the Russian forestry industry to investors.

According to Vasily Tarasyuk, a member of the Russian State Duma and one of the initiators of the new amendments, the adoption of new legislation is an acute need as it will provide an economic incentive for further development of forests in Russia because most tenants, unlike owners, are not interested in their development.

In the meantime, such an initiative has already been supported by some of Russia's leading companies in the timber and panel business. According to them, this will allow increased investment attractiveness for the entire Russian forestry and related industries.

According to Dmitry Chuyko, an adviser to the director general of Ilim Group, one of Russia's leading companies in forestry and pulp and paper production, there is a need to allow private ownership of forests to increase the influx of investment in national timberand panel-related industries.

He has added that this will allow industry producers and investors to invest funds in the solution of the most pressing problems of the industry, such as building of forest roads and other crucial items of infrastructure.

According to him, the annual production volume of wood products in Russia is estimated at 150 million m3, which is significantly lower than the potential volume of production of 500 million m3.

He believes that the adoption of new amendments will be beneficial, both for the industry's players and the government.

According to analysts of the Russian Ministry of Industry and Trade, the introduction of private forest ownership should also streamline their use and reduce the risk of illegal actions. This will also attract additional tax revenues and help create new jobs in the industry.

According to an official spokesman for Denis Manturov, Russia's minister of industry and trade, Russia uses the experience of the EU and other western countries in this case.

For example, according to him, state permission for forest privatisation in New Zealand during the 1990s has resulted in a significant influx of investment (mainly from China and the US) in the country's forestry industry, as well as related industries such as timber, furniture and panel production.

In the meantime, according to analysts at Lesnaya Industria, one of Russia's leading business papers in the field of timber, citing Alexander Pessah, chief adviser on trade policy at the Finnish Federation of Timber Producers, Russia is not yet ready for privatisation of its forests.

Mr Pessah claims that the under-developed infrastructure in the Russian forest and timber industries increases total investment costs for producers by almost 1.3 times, compared with the same volume of investment in other countries - particularly within the EU.

He says the current political and business climate in Russia does not stimulate foreign companies to invest in the country - in particular in the Russian forestry and timber industries.

He added that foreign investors sometimes face discrimination in comparison with Russian companies.

According to Jari Viitanen, a senior analyst with The Finnish Forest Research Institute (Metla), one of the EU's leading research institutes in forestry, the bad business climate in Russia still prevents huge investments in the country's forestry industry by foreign companies, who are very interested in the country's market.

Jari Viitanen comments: "Many Russian public institutions and initiatives only prevent investment activities in the country, instead of stimulating them. At the same time, the attitude of foreign investors to the state also leaves much to be desired. On the other hand, the transfer of forests into private ownership will certainly eliminate one of the reasons for the current uncertainty among investors in Russia and would be a major step towards improving the country's investment climate".

Analysts at Metla also believe that the interest of foreign timber producers, as well as the producers of furniture, panels and other wood based products for Russia, will significantly increase only if there is the ability to ensure profitability of the entire production chain in Russia, as well as stable sales markets.

According to Mr Viitanen, stable domestic or export demand for future wood based products is important, however the uncertainty with regard to other parts of the value chain may jeopardise the entire investment project.

He said that many potential foreign investors in the Russian panel and timber industry decide to withdraw from launching projects, mainly due to the current uncertainty regarding the details of these projects, and in particular those related to the building of roads and other infrastructure.

Meanwhile, some analysts from the Russian ministry of industry and trade have already criticised state plans to allow privatisation of forests in the country.

According to them, this is mainly due to the lack of responsibility of future forest owners in Russia and imperfection of the country's legislation in the field of forestry protection. Finally, according to some analysts from the Russian ministry of emergency situations, massive privatisation of forests in Russia may reduce the country's efficiency in fighting and preventing wildfires, due to a lack of coordination between the government and local forest owners.

On another front, the latest state initiative has also been criticised by Greenpeace Russia.

According to Alexei Yaroshenko, head of the department of forestry of Greenpeace Russia, granting permission for privatisation of forests will pose the threat of a loss of access to forests in Russia and create conditions for massive building of housing in such areas. At the same time, this may also result in massive deforestation and forest degradation, which may have a negative effect on the local environment.

Analysts of Greenpeace believe that the Russian government should focus on the solution of other problems in the industry, instead of forest privatisation. One of these problems is a shortage of equipment needed for modernisation of the industry and the fact that supplies to Russia were suspended due to sanctions by the western countries.

This has already posed a threat to the modernisation of a significant number of Russian producers of wood based products, including panels, some of whom are currently on the brink of collapse. 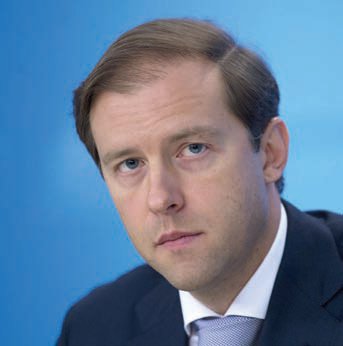 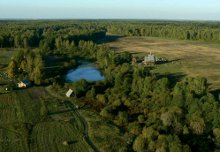 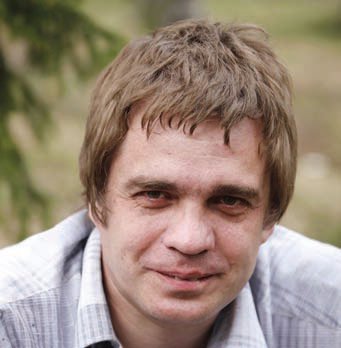 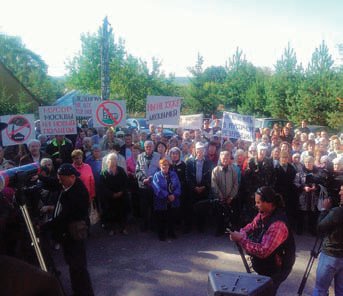