Siempelkamp says the rice straw plant for CalAg LLC represents a potential vision for the fututre for the panel industry, with climate protection benefits

Panel producers and the wood based panel industry are facing far-reaching change processes.

What will the board of the future look like if you think ahead to the challenges that limited resources and climate protection create? To what extent do annual plants open up alternatives?

Together with the American company CalAg, LLC/CalPlant I, LLC, Siempelkamp is breaking new ground with a first rice straw project.

A win-win situation in multiple ways is the contract Siempelkamp received in June 2017: The American CalPlant I, LLC ordered a production line for fibreboard from rice straw for the use of annual plants including a Generation 9 ContiRoll. This project is regarded as a milestone for the economic use of a raw material that would otherwise remain unused as a waste product.

Wet Rice cultivation and the consequences: A process with many facets

In Northern California, mainly classic wet rice is cultivated, which achieves premium qualities compared to those of sushi rice due to the optimal soil and weather conditions. Due to continuing droughts, the administration of the West Coast state decided a few years ago to impose watersaving measures. These also had an impact on wet rice cultivation. The four-month rice growing process is dependent on a constant flow of water: Fields are flooded before the rice can be planted. Later, the water is drained, the fields dry and the rice is harvested. After burning was banned, the common process is to chop the remaining straw and leave it in the fields. A second water filling is then required to allow the chopped straw to rot. However, during drought years this second water filling has been banned in California. On this basis, the vision was born to develop a plant for the use of annual rice straw, which was fed by numerous advantages. On the one hand, the raw material solves many of the problems caused by the shortage of wood – on the other hand, many countries do not even have the amount of wood necessary for industrial use. In addition, the use of rice straw in panel production considerably enhances the value of the raw material.

CalAg began its research and development of using rice straw as a raw material for the production of MDF in 1996; Siempelkamp began to assist their R&D effort in 2009. The project finally achieved financial closing in 2017 and the plant, which is the first of its kind, was expected to start up in late 2019. Siempelkamp planned, designed and supplied the entire machine technology for the Willows, CA site – including commissioning. CalPlant chief executive officer Jerry Uhland announced that the plant will significantly reduce water consumption for flooding rice fields in the Sacramento Valley. The project will create 115 full-time and over 500 part-time jobs during the straw collection period.

In the area of production – for example, mat-forming machines, forming and press lines – the production process is comparable to that of traditional wood-based MDF production. The straw preparation, on the other hand, requires specific adjustments. The quality of the board is considered to be at least equivalent to that achieved with standard wood-based boards.

Specifically, the differences in the production process relate to the preparation, handling and processing of the straw. They have three main effects.

Amorphous silicates from the water and soil are absorbed by the rice plant in a much higher concentration than crystalline silicates by wood. Their chemical composition is complex, and some silicates are almost insoluble in water. Since plants absorb the soil components, they also uptake the silicates – mainly in the form of less abrasive amorphous silicate.

Siempelkamp has developed a special cleaning device to ensure that rice straw MDF can be used in the same way as commercially available wood-based MDF. When the rice straw is shredded, not only the chopped material, but also dust and fines are produced. One of the significant advantages of this process is that foreign matter in the product is minimised, which means that the tool life during further processing is longer, as the emery effect is reduced by separating the dust and fine material.

Siempelkamp developed a special mechanical resin blending system for the CalAg mill and the processing of rice straw into boards. Californian environmental regulations also stipulate that boards must be produced with low formaldehyde content. The Siempelkamp blending system uses polymeric methylene diphenyl diisocyanate (pMDI), a formaldehyde-free adhesive, as a binder. Straw materials are ideal for pMDI gluing. This makes the CalAg mill particularly environmentally friendly, as no added formaldehyde has to be removed in the dryer emissions.

The CalPlant project includes refining equipment for defibration of the rice straw, developed by Siempelkamp subsidiary Pallmann, including machines typical for annual plants.

Natural gas serves as an energy source for steam generation and for the dryer, supplied by Siempelkamp’s subsidiary Büttner. The flue gases from the steam generators are used as a component of the dryer air. All exhaust gases are passed through a wet electrostatic precipitator. The lower efficiency for formaldehyde is irrelevant in the context of the CalPlant project because the product has no added formaldehyde.

The question as to whether the rating "Zero Emission" can be assigned to CalAg can be answered with "Yes" in essential aspects. A central goal of "Zero Emission" is to keep the plant free of waste water. This is implemented in the CalAg concept.

And: The only fuel used is natural gas burnt in low NOX-burners, not biomass.

The CalPlant project marks the beginning of a new era for what has been a waste product that had been bur ned in the fields for over a century in California. CalPlant’s annual output will be approximately 250,000m3 of rice straw-based fibreboards, in a thickness range of 2 to 30mm.

Siempelkamp believes this project represents an ideal symbiosis of experience and innovative strength: engineering expertise, complete plant competence and ContiRoll technology on the one hand – a new separation concept and a resin blending system specially tailored to the raw material on the other. 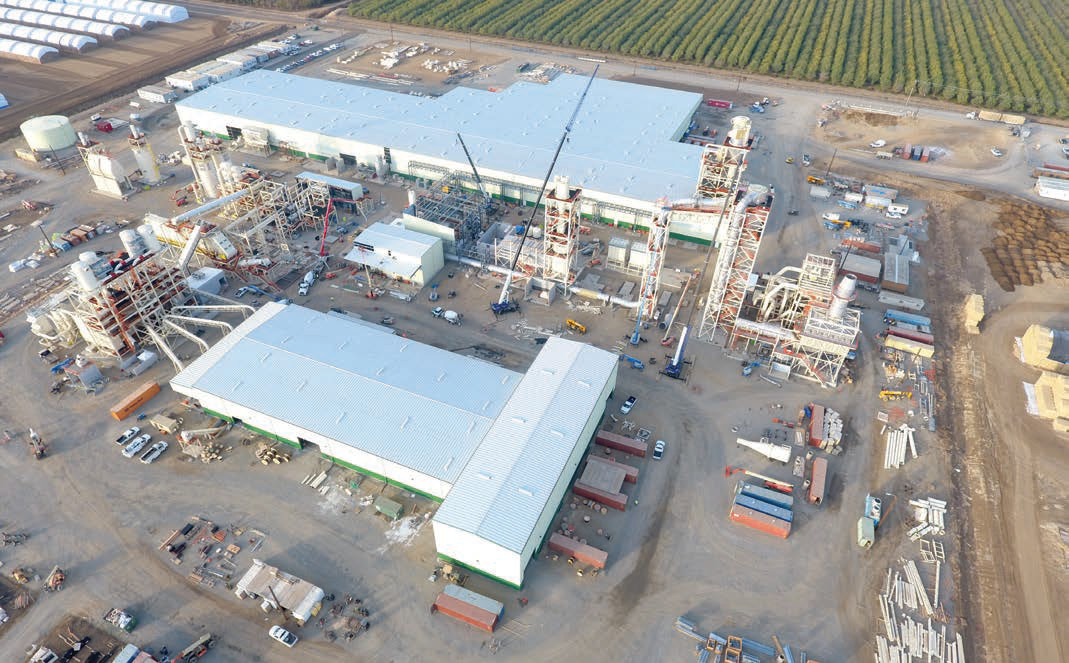 CalAg plant at the end of November 2019 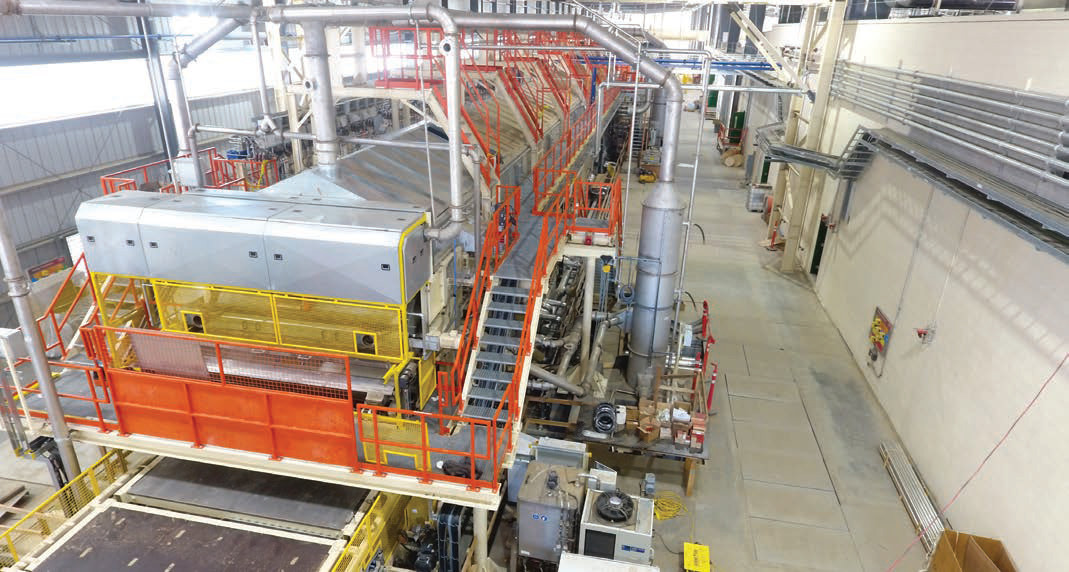