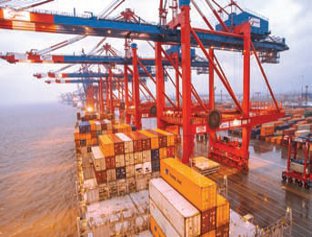 PROteak starts up first line 13 November, 2015 PROteak is a newcomer to panel production but has started strongly, with a Dieffenbacher continuous press line currently under installation in Tabasco state, Mexico. We report on this exciting new project as it takes shape. > read more

Plus ça change 13 May, 2015 There’s been a kind of déjà vue about the North American world of OSB this past year, with one major producer near to closing a merger/acquisition with another, and one of the parties involved being the same as last year.

Formaldehyde futures 31 March, 2015 Developments in US regulations governing formaldehyde emissions have been a hot topic in the wood based panel industry, but uncertainty over potential state and federal legislation remains. Our correspondent Robin Meade talks to David Harmon of Momentive Specialty Chemicals.

Long term gains 31 March, 2015 Recovery in US housebuilding may have been slower than predicted, but the long-term trend for OSB is still one of growth, reports our correspondent Robin Meade.

Continuous improvement 30 March, 2015 Arauco’s acquisition of Flakeboard was one of the biggest developments in the North American panel industry in recent years. Stephen Powney talks to Arauco North America President Kelly Shotbolt about the benefits of the move; and his thoughts on the industry’s future prospects.

Adding MDF 17 November, 2014 Duraplay de Parral, an old-established Mexican panel producer with a name for customer service on both sides of the US border, has joined in the challenge to build Mexico’s first worldscale MDF plant, says Richard Higgs.

In the right direction 17 November, 2014 Mexico’s wood panel industry appears to be on the verge of a slow motion revolution as the sector is poised to resolve some long-standing key issues that have left it trailing its South American counterparts, says Richard Higgs in the first of his reports from Mexico.

Euphoria will subside but recovery will continue! 06 May, 2013 Bernard Fuller of Cambridge Forest Products Associates looks at recent developments in the North American wood products markets and finds that, unlike in Europe, things are definitely improving.

Between the drought and the flood 02 May, 2013 With the US housing market now trending more firmly upwards, higher demand and prices for OSB have prompted several producers to commit to re-opening shuttered mills in 2013-14. No mills reopened in 2012, but OSB production still reached its highest level since 2008.

Managing the woody biomass supply chain 02 July, 2012 For its 46th Annual Symposium, Washington State University (WSU) integrated the topics of composite panel developments and advanced renewables technologies, assembling a variety of experts to give presentations in Seattle, Washington State, in April. Geoff Rhodes summarises the presentations for us

Global and American markets are the focus 24 May, 2012 The world economy has a major influence on what is accomplished at the versatile Willamette Valley Company, situated in northwestern US, reports Steve Ehle

US housing market still slumping 23 May, 2012 While the immediate situation in the housing market in the US is still not good, there are positive signs of recovery, according to a study carried out by Al Schuler for Virginia Tech University. North America correspondent Steve Ehle interviewed industry expert Mr Schuler to bring this assessment of the future

Better times ahead.... 22 May, 2012 North American engineered wood producers seek global markets and growth in the coming year as they predict that 2012 will show an upturn compared to previous years, according to the APA-The Engineered Wood Association. Steve Ehle spoke to the APA’s marketing director, who kindly shared some of the association’s data

Better than the headlines suggest? 15 May, 2012 With the US single-family homes market continuing to languish during 2011, OSB producers have seen little change in demand and mills that were indefinitely closed in the last five to six years are still shut 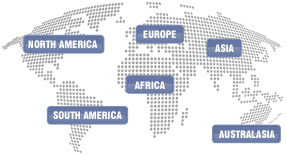