Paged Group plans to increase the output of its Morag plywood manufacturing facility by about 50,000m3 to close to 220,000m3, with an investment estimated at up to PLN120m (£21.4m). In 2014, the Polish company reported an output of some 167,000m3. Senior company representatives say that, over a period of three years following the completion of the planned project, this segment will generate an additional EBITDA of PLN30m (£5.4m) for the Paged Group.

In addition to its plywood production facility in Morag, operated by the group's offshoot Paged Sklejka (Paged Plywood), the Polish conglomerate also owns a second plywood subsidiary based in Pisz, in the country's northeastern region of Warminsko-Mazurskie. This is operated by local subsidiary Sklejka Pisz. The group also makes plywood at its plants in Bartoszyce and Elk, which are part of Paged Sklejka.

The Warsaw-based group owns 14 storage facilities, for its output and the products it distributes in the Polish market, located in various regions of the country. In addition to these facilities, there are three furniture production facilities in Jasienica, Jarocin and Sedziszow Malopolski, as well as a UK-based offshoot which deals with export sales of its products.

Finally, Paged Group holds a stake of almost 70% in Europa Systems, a company specialised in the design and production of dedicated internal transport systems and equipment. Morag is located about 242km from Poland's capital city Warsaw.

"In 2014, we managed to benefit from utilising our current capacities at close to 100% to expand our activities in this segment," said Robert Ditrych, vice-president of the management board of Paged Group. "Last year, we began to implement our strategic investment to expand the production facility in Morag with a new line. In line with our investment plan, the new production line is expected to be put into operation in mid-2015."

This investment is key to the group's market expansion plans in Poland as, according to the group's financial results for 2014, the plywood segment represented the largest portion of its revenues and profits, with sales of some PLN405.5m (£72.4m) and an operational profit of close to PLN72m (£12.9m). Compared with a year earlier, this represented an increase of 11% and 12% respectively, according to data released by the Paged Group. Last year, the group posted aggregate revenues of some PLN710.9 million (£126.9 million), of which over 57% were generated by sales in the plywood sector.

Earlier this year, Daniel Mzyk, the group's president, released a letter accompanying Paged's consolidated annual report for 2014, in which he said the planned amount of the investment was in the range of PLN100m (£17.9m) to PLN120m (£21.4 million). "The investment will enable us to diversify the raw material deliveries, as products will be made of softwood which is easier to acquire, and increase the volume of production," Mr Mzyk said in the statement.

Meanwhile, the group's vice-president said that, without Paged's ongoing expansion of the plywood segment, the group would not be able to improve its financial results on a parallel scale, highlighting the significant potential for this industry in the Polish market. This senior company representative pointed to Paged's longterm efforts that have allowed it to gradually increase its output.

"Our record annual results would not be possible without the broad, four-year investment programme developed in the plywood sector and completed last year. As a result of the implemented activities, in 2014, our monthly plywood output was up, at to close to 15,000m3 per month, compared with slightly less than 11,000m3 in 2011," said Mr Ditrych.

In 2011, when the group's plywood output capacity was significantly lower, Paged Group reported revenues of close to PLN539m (£96.2m), and its profit totalled PLN40.7million (£7.3m). This indicates that, mostly due to its rapid rate of growth in the plywood sector, Paged has managed to raise its revenues by a robust 32% since it launched its four-year investment programme in this segment.

As a result of the company's improving financial results, in the course of 2014 the price of the group's stock on the Warsaw Stock Exchange (WSE) rose by 40%, Paged said in its annual report for 2014.

"The results we achieved in 2014 confirm our decision to invest in acquiring Sklejka Pisz and in modernising the plywood segment of the Paged Group," Mr Mzyk said.

In addition to its manufacturing activity in the plywood segment, the company also distributes various wood based products in the Polish market, including OSB, MDF and HDF. Paged Group consists of seven companies active in six manufacturing sectors. These include plywood, furniture, claims, real estate, trade and other commercial activities.

Paged Group's predecessor, state-owned CHZ Paged, was privatised on the turn of 1993 and 1994, while in 1996, Paged launched its initial public offering (IPO) on the WSE. The group's factory in Morag has been making plywood since 1945 and in 2010, the factory in Pisz was acquired by Paged Group from the Polish Ministry of Treasury. The industrial conglomerate paid PLN65.1m (£11.6m) for a stake of 85% in the Pisz-based producer, and agreed an investment package of some PLN10m (£1.8m) with the Polish Treasury, with the aim of overhauling the company's output capacity.

Paged Group's largest shareholders include the company's president, Daniel Mzyk, with a stake of 10%, local firm CI Consulting, which holds 9.58% of the shares, and four local companies: Yellema Holdings, Ksati Investments, Fresita and Polski Instytut Inwestycyjny, with a 9.24% stake each, according to the most recent data from Paged. The firm says its output has been in compliance with the ISO 9001 standard since 2002 and, currently, it is also ISO 14001 and PNN 18001 certified.

As of the end of 2014, Paged Group was operated by an aggregate workforce of 2,724 employees.

"We have a solid base to believe that the year 2015 will bring further dynamic growth in the value of Paged SA for its shareholders," Mr Mzyk said. "The increasing effectiveness and optimisation of the processes in the plywood segment, the expansion of the plywood production facility in Morag, and the improving financial performance of our furniture subsidiaries; all these factors should contribute to the posting of higher financial results for 2015." 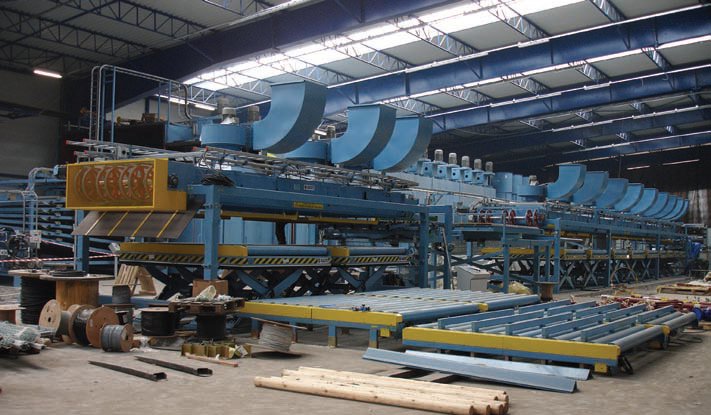 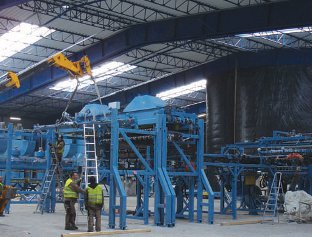 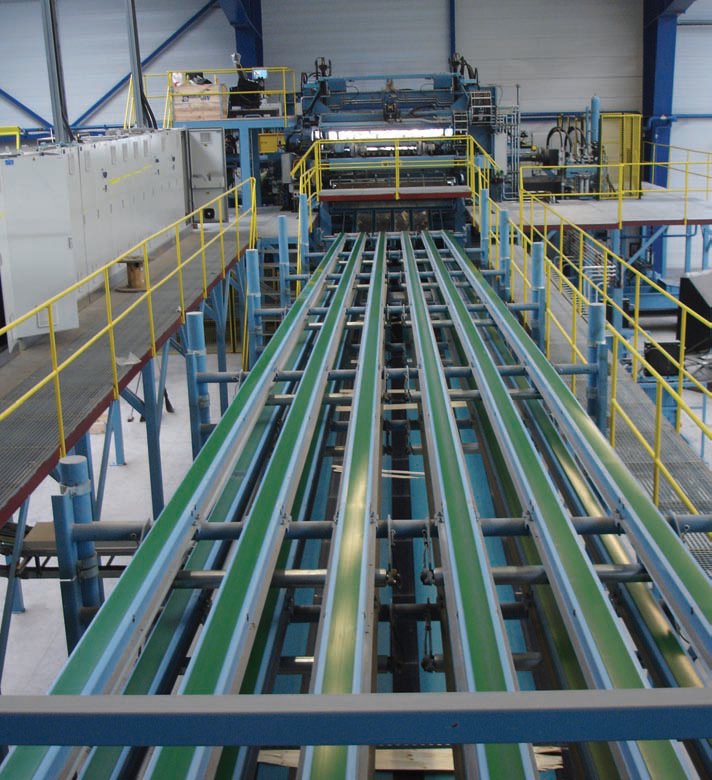