S Kijchai MDF Co Ltd is a newcomer to the manufacturing of MDF, although it has used the panel for a long time in the family’s furniture making business in Klaeng, Rayong, two hours’ drive from central Bangkok. Mike Botting visited the new line.

Founded in 1983, S Kijchai Co Ltd (SKL Group) is today one of the largest manufacturers of furniture in South East Asia.

But the group is more than just a furniture maker. On its site in Rayong, the company has about two million square feet of production and warehousing space and is a vertically-integrated manufacturer, with four sawmills, a plywood factory, a particleboard line and a recently-completed MDF line.

When we say 'vertically integrated' we mean it literally - from the forest up - as SKL also owns a 4,000 acre rubberwood plantation.

The group employs around 1,200 full-time staff and is capable of exporting about 250 containers of ready-to-assemble (RTA) furniture every month.

This is very much a family business, having been founded by Mr Zun Saengwongkij, father of Mr Vichien Saengwongkij and Mr Vichai Saengwongkij, just to make furniture at that time. Mr Zun also had two daughters, both involved in the business from the start.

Mr Supot Massayamas is the general manager of the MDF factory.

The SKL Group first entered the composite panel business in 1996 when it built its particleboard line, employing a Dieffenbacher single-opening press.

The obvious question for Mr Vichai Saengwongkij was: why did the company decide to go into the manufacture of MDF?

"People now are more concerned about the environment and solid timber is not really an efficient use of wood. It is more efficient to make the wood into MDF," explained Mr Vichai. "We are able to utilise it to make kitchen furniture, bed bases and so on and we plan in the future to make moulded MDF for use in our furniture production."

The wood raw material for the MDF is almost 100% rubberwood, with a small percentage of mixed hardwoods, employing the smaller diameter logs and branches that can't be used for solid timber production. Residues are generally used only in particleboard production, although some solid wood residue from the furniture factory is also utilised in MDF.

Having researched the machinery market, SKL placed a contract with Dieffenbacher of Eppingen, Germany, in October 2011.

The company certainly did not waste any time in getting its investment working.

The equipment was delivered from Germany in April 2012 and, amazingly, the production halls were constructed, the line installed and the first board produced by October 2012. Commercial production followed in November 2012 and final acceptance of the production line came in February 2013.

The new MDF line There is an extensive log yard to accommodate the rubberwood supplies, which are trucked to the site.

The single chipper was supplied by another Dieffenbacher division, Maier, and the chips pass to a concrete chip silo in the yard.

The refiner was supplied by Andritz of Austria and has a refining disc diameter of 54in and a capacity of 30 tonnes per hour.

Forming was, of course, part of the Dieffenbacher supply, as was the glue preparation and dosing system.

Kijchai recently added a Weko water spray above and below the mat and this has its own control box beside the line.

Of course at the heart of SKL's MDF line is the Dieffenbacher CPS continuous press, which is 23.6m long and eight feet wide. Production capacity is rated at 700m3 per day, or around 230,000m3/year, although it would appear that SKL is comfortably exceeding that capacity already, claiming 900m3/day in real use.

The production line is located in a spacious building with plenty of natural light and the press is positioned at ground level, as is the control room.

Stretching all the way underneath the press is a room with all the cabling and much of the hydraulic pipework, which is therefore well clear of the press. This, explained Andy Heng of Dieffenbacher, means that these systems are not exposed to the heat damage likely if they were boxed on the outside of the press as in some other systems; and the area under the press is easily kept clean.

With similar attention to detail, there is a 'box' along the length of the top of the press. This is a fume cleaner unit and employs water to clean the gases from the press - a new system developed by Dieffenbacher in Germany.

After the press there is a GreCon UPU 4000 delamination/thickness measurement system.

After cooling in the star cooler, the MDF boards are transferred by automated rail system to the Steinemann four-head sander which sands boards from 3 to 40mm.

The cut-to-size system was part of the Dieffenbacher scope of supply.

All panel handling after the end of the production line is carried out by the Lukki automated, rail-mounted, handling system.

The energy plant was supplied by GTS of Shanghai and is a 56MW unit, run 100% on biomass fuel. With so many wood based production facilities on one site, fuel supply was never going to be a problem!

Furniture market
All the production of panels - plywood, particleboard and MDF - at SKL has one main purpose and that is to make furniture.

The company produces a vast range of furniture for bedrooms, living rooms, kitchens, schools and offices. It exports around 85% of its production to the US, 10% to the EU and 5% to South Africa.

A large showroom above the factory offices gives a clue to the breadth and depth of the company's product range. In the US market, SKL supplies directly to the big furniture retailers Lowes, Big Lots, BJ's and Target, with the first named company accounting for around 30% of total sales to the US.

Trading companies in the US take about 55% of the exports and sell on to more big names like Costco, Cost Plus, World Market and Pier 1.

The construction of an MDF line at the Klaeng site seems to have been an obvious move for such a vertically-integrated company. It is perhaps only surprising that SKL didn't build one earlier.

The remaining question is: will the one line be enough to satisfy the needs of this voracious consumer of wood in manufacturing its wide range of furniture into the future? 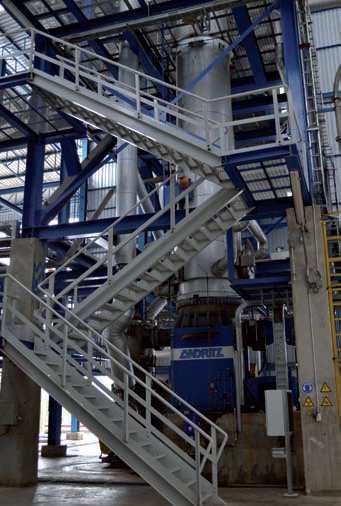 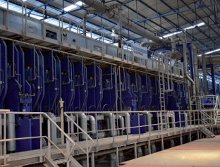 The Dieffenbacher CPS press, showing the fume cleaner on top 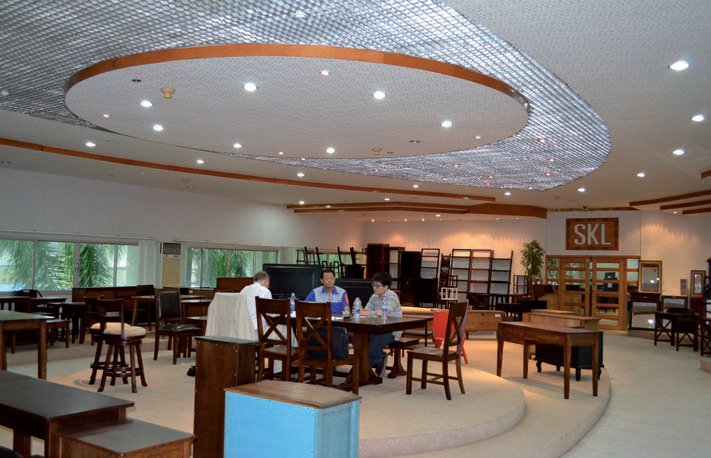 The showroom at Klaeng 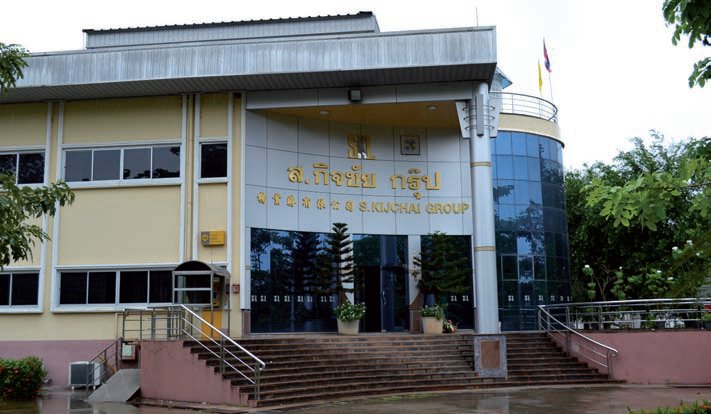 The offices at Klaeng