Kastamonu Entegre, part of Hayat holdings, one of Turkey’s largest financial groups, plans on completing preparations for the launch of the first stage of its Russian woodworking factory in Tatarstan, Russia, officially scheduled for the second quarter of 2014, reports our Russian correspondent Eugene Gerden.

The new Kastamonu factory will be located in the Alabuga special economic zone in Tatarstan Republic, one of Russia's most economically developed regions, and will be one of the largest manufacturing facilities of its kind in Russia - and in the whole of Europe.

According to Kastamonu, the decision to invest in Tatarstan can be explained by the close cultural and historical ties that Turkey has with the Tatarstan republic, as well as logistical advantages associated with the location in Tatarstan.

According to the investors' plans, Alabuga should become the basis for the development of industrial relations between Russia and the CIS countries.

During the first stage, the new factory will specialise in the production of MDF and will have the capacity to produce 525,000m3 of MDF per year, which to date will make it Russia's largest MDF line, according to Onur Guven, head of Kastamonu Integrated Wood Industry, a Russian subsidiary of Kastamonu.

The majority of production will be accounted for by MDF in thicknesses of 16,18, and 19mm.

The project also involves the launch of an HDF laminating line, with an annual capacity of 20 million m2.

Mr Guven also added that the volume of investment in the fi rst stage of the plant amounted to about US$300m.

The project also involves two other stages: During the second stage, the company plans to launch a new line for the production of particleboard, with a capacity of 750,000m3 annually, while during the third, a new OSB line with a capacity of 500,000m3 annually is anticipated, in the first quarter of 2018. Total volume of investment in the second and third stages is estimated at US$4-500m.

The new plant will create 500 direct jobs and up to 2,500 jobs in related industries.

The plant's pressing line will be equipped with an eighth generation ContiRoll press from Siempelkamp, with a length of 55.3m. MDF will be produced in a range of thicknesses from 6 to 40mm.

Haluk Yildiz, ceo and board member of Kastamonu Entegre, in an interview with Mebelny Business, one of Russia's leading papers in the furniture business, said that the company is developing very fast in panels of all types and over the next three years plans to double its production volumes. Among the major markets for it are Iran, the Balkan states and the former Soviet republics.

According to Mr Yildiz, these markets have huge potential, while their overall population is estimated at 950 million.

The company plans to use only local, low-grade, wood which will be supplied from local forests. According to Nail Magdeyev, the Minister of Forestry of the Tatarstan Republic, this will allow a significant improvement in Tatarstan's forestry and create conditions for growing more valuable trees.

It is planned that the annual volume of wood consumption of the new enterprise will be 1.75 million m3. The majority of future production of the plant (up to 70%) will be supplied to the largest local furniture factories. The remaining 30% is expected to be supplied to neighbouring CIS states - and some Asian countries.

Kastamonu in Turkey has already started talks with potential customers.

According to Sergei Krepyshev, director of the Pobeda furniture factory, one of the largest furniture factories in Tatarstan, cooperation with the new Kastamonu plant will be of interest to the company, however much will depend on the planned volume of supplies; and prices for the future production.

Mr Yildiz also added that low energy prices in Tatarstan will allow Kastamonu to supply its production to a fairly wide geographical range, including Russian Siberia, the Far East and neighbouring CIS states. In the latter case, the biggest demand is expected to be observed from Kazakhstan, Uzbekistan and Tajikistan, which traditionally experience a shortage of panels.

The company also has high hopes for the Moscow market, due to the high purchasing power of local customers and projected high demand. In this regard, there is a possibility that the company may supply up to 15-20% of its future production to the Moscow region.

The new plant has been under construction in Alabuga since 2011. This is the first Russian project for Kastamonu Entegre, which currently operates six wood processing plants in Turkey, Bosnia and Romania, with a total capacity of four million m3 of panels per year.

Kastamonu Entegre's turnover in 2012 amounted to US$1.1bn; the results for 2013 had not yet been announced as we went to press.

The government of Tatarstan also has high hopes for the project, believing that its implementation will provide an impetus for the development of local furniture, which currently processes only 6-700m3 of timber annually, and will ensure regular supplies of cheap Turkish boards to leading regional furniture producers.

The project also involves two other stages over the next several years: During the second stage, the company plans to launch a new line for the production of particleboard, with a capacity of 750,000m3 annually, while during the third, a new OSB line with an annual capacity of 480,000m3 is planned.

After this, the total production capacity of all three lines will amount to around 1.8 million m3, which will make it one of the world's largest woodworking plants.

Total volume of investment in the projects is estimated at US$6-700m.

In the meantime, according to Kastamonu, the Tatarstan project will be probably not be its only project in Russia; it has not ruled out the possibility of building a second plant, to be located in the Krasnodar region (Southern Russia) to focus on the production of particleboard and MDF. The first construction works are expected to start in 2015.

According to Kastamonu's own data, the company currently remains the world's 10th largest board producer; and the sixth largest in Europe. It was established in 1969 and today controls 30% of the domestic Turkish market. The company's total production capacity is estimated at 2.4 million m3 of particleboard, 1.2 million m3 of MDF, 40 million m2 of laminate flooring and 17 million doors, annually. 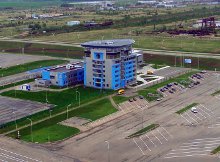 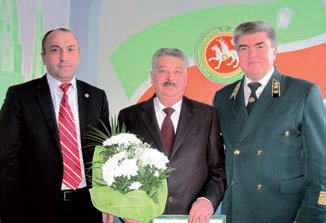 Nail Magdeyev, the Minister of Forestry of the Tatarstan Republic (right) 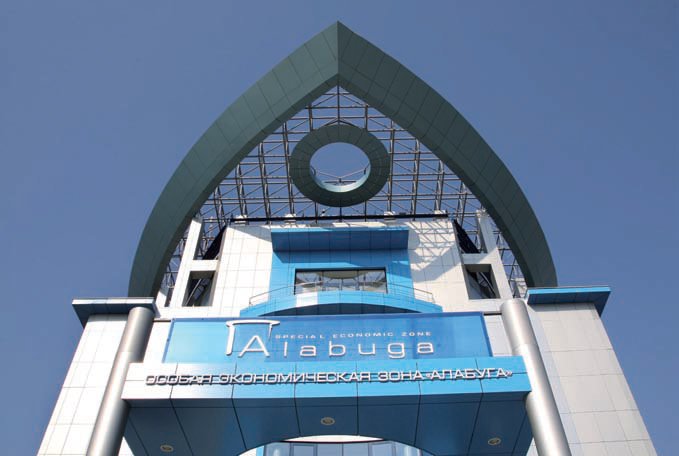 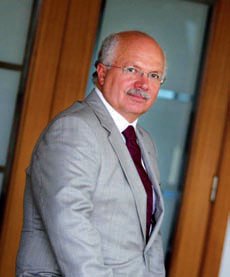