A number of international players, including Imal, are backing the GREENJOIST project, whichaims to open up applications in industrial logistics markets for a recycled wood beam

The Final Conference for the GREENJOIST project, within the scope of the LIFE2013/ENV/IT/996 programme, was held in Macroom, Cork, Ireland on June 14, 2018. The conference was held at the Castle Hotel in Macroom and was attended by about 40 stakeholders, including the Irish minister for Agriculture, Food and the Marine, Michael Creed, who illustrated the importance of such a project in a circular economy and also for the county of Cork where agriculture plays an essential role in the county’s economy, and by the EU monitor, Dr Riccardo Giandrini.

The GREENJOIST project is a 'circular economy' project, where waste wood is recycled and used to produce support joists for application in the logistics industrial sector. Virgin wood joists are currently used for such purposes, manufactured in various shapes and sizes, 80mm x 80mm, 90mm x 90mm and 100mm x 100mm, between 1m and 3m long, to support heavy loads and hence facilitate the handling and manoeuvring of the load by forklift. The research project, which began in 2013, encountered several technical difficulties as it progressed:

The necessity to produce a joist with constant properties and suitable for the various sizes available on the market and from a variety of recycled wood.

The hourly production rate and the extrusion speed had to be compatible with the economic aspects related to potential profits for the manufacturer and at least 30% cheaper than a virgin wood joist but at the same time, possessing equivalent technical and physical properties.

The density of the joist, and hence the weight per metre, had to remain within a range that was similar to the current bulk density of a virgin wood joist.

International wood technology and equipment specialist IMAL repeatedly conducted various in-house tests to verify the feasibility of the project until satisfactory results were achieved. Although these critical points slowed the project down to such an extent that the schedule was delayed by one year, they also led to a greater knowledge and awareness of technical issues that could be resolved before the line was installed and put into operation at the Eirebloc facility, one of the project partners, in Lissarda, Cork.

The production process foreseen closely resembles that of the pallet block production process, hence making the related industrialisation rapid, so that the project’s aim for a decrease in the utilisation of virgin wood may be achieved as soon as possible.

Each of the project partners made a presentation at the conference to update on their role in the project.

Eirebloc’s task is now to distribute the joists produced from both virgin and recycled wood to potential customers and suppliers, to test quality and market reaction.

IMAL – project partner and co-ordinator – presented the project from the point of view of the technical design, highlighting the aspects related to finding the right technical parameters and suitable mechanical solutions to enable the green joist to compete on the market with virgin wood joists. The positive market trends towards eco-sustainable auxiliary logistic products and hence with a low environmental impact, were also highlighted in IMAL’s presentation. The joist market is a rapidly expanding niche market in the field of logistic accessories. The use of virgin wood implies a reduction in the absorption of C0?? whereas the use of recycled wood means that C0?? is stored in the new product.

ACIMALL is a partner representing over 170 top technology companies in the wood based panel industry, which, for the association, means a representation of over 70%, both in terms of employees as well as in terms of sales volume.

ACIMALL illustrated the data from market research conducted on a multidisciplinary panel of stakeholders to have an overall view of the impact and market potentiality of a recycled wood joist.

Colomer SA, a project partner expert in the mechanical maintenance of equipment used for processing wood, illustrated its contribution to the project and the support provided to IMAL and Eirebloc throughout the various stages as the pilot line was put into operation, tested and then fine-tuned.

Chimar Hellas illustrated the research conducted on natural resins to enhance the eco-sustainability of the joist and to render it 100% recyclable, taking into account the characteristics of the work process and the type of material used.

Minister Creed concluded the conference by addressing the advantages of a circular economy and the benefits of the GREENJOIST project.

The joist made from recycled wood is, as said above, an example of the application of a circular and sustainable economy, reducing the emission of C0?? released into the air when wood waste is burned as fuel in biomass power plants and increasing the absorption of C0?? as fresh timber is not used to produce joists. The joists may then be used as raw material to produce more joists, thus setting a perfect example of a circular economy.

If just the medium and large businesses are taken into consideration, the market is represented by approximately 85,000 companies (or 4.5% of the total) in Europe; even if only 50-60% of these companies should utilise joists (a very conservative estimate) with an estimated consumption of 30m?? a year, this would mean an approximate consumption of 1.2-1.5 million tons of virgin wood for this kind of business unit.

This could be potentially substituted by this new technology, recycling into the work process around 8-10% of the wood waste, which would in other circumstances be left unused.

On the basis of calculations and the data collected from the pilot line, the recycled wood joist will cost approximately 35% less than the fresh wood joist.

“Being a new product, the market for the recycled wood joist will be a slow-growing market like that initially of the pallet block,” said project co-ordinator IMAL.

“We nevertheless believe that in about three years it will acquire about 5% of the joist market.”

The surveys conducted on the various stakeholders, show an elevated awareness of environmental topics and sustainability, in addition, of course, to an interest in a cheaper unit cost for production.

After the initial targeting of GREENJOIST into the industrial sector, a second phase will look for solutions for the production of a structural joist, with an internal iron rod featuring within the joist. 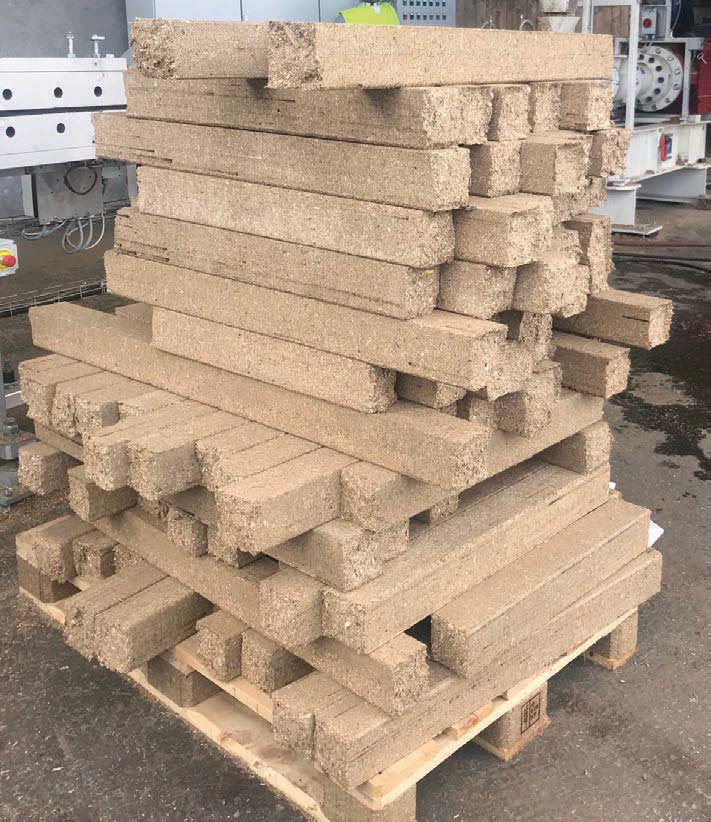 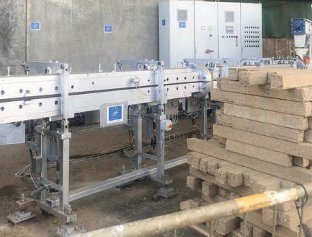 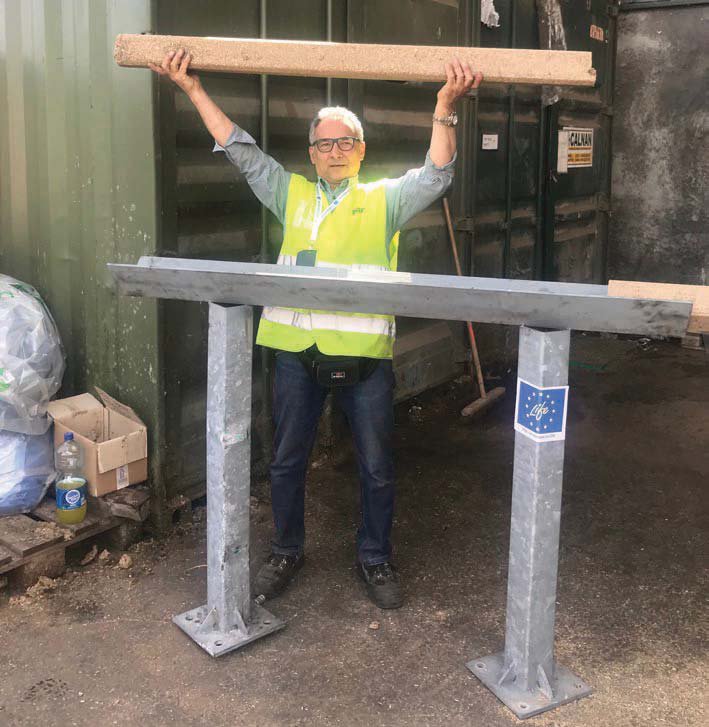