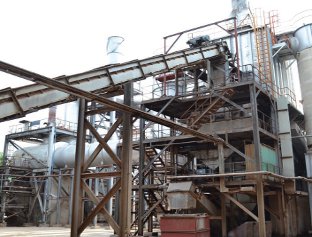 Rapid growth continues 05 January, 2016 This is the second instalment of our world survey of the particleboard industry, covering the production lines operating as at the end of 2014 in countries outside Europe and North America. Mike Botting looks at planned new capacity in "the rest of the world" and analyses the market trends in 2014, 2015 and beyond. > read more

Growth set to slow 15 December, 2014 This is our final survey, for 2014, of the world panel industry and covers mills operating at the end of 2013, outside Europe and North America. We also look at the markets and at new mills planned for 2014 and beyond.

Eastern Europe shows the way 06 November, 2014 In the first part of our annual world survey, we list the particleboard mills in Europe and North America up to the end of 2013. We also look at the markets in that year and at the prospects for the future.

Growth, but with caution 22 January, 2014 This is our final survey of the world panel industry and covers mills operating in 2012 outside Europe and North America. We also look at new mills planned for 2013 and beyond and at the future prospects for the industry.