Dato’ Sri Yong Seng Yeow is managing director of major Malaysian particleboard producer Mieco, but has also served as president of some regional associations. Mike Botting interviewed him in his Kuala Lumpur office about his company and the markets.

The market for panel producers in South East Asia has been going through a tough time, with too much panel chasing too little demand. However, there are signs of improvement, according to Dato' Sri Yong Seng Yeow, managing director of particleboard maker Mieco Manufacturing Sdn Bhd, which celebrated its 40th birthday in 2012.

"After the annual Malaysian International Furniture Fair (MIFF), held in Kuala Lumpur in March of this year, orders started to come in again and things are improving, especially compared with the first quarter of 2013, which was very depressed," he said.

"The first quarter is always slower, coming right after the Christmas holidays, followed by Chinese New Year holidays and then February is a short month anyway. Also, in January, the government increased the minimum wage in Malaysia by about 30-40% so the first quarter was down for all [panel makers]. After the exhibition, most of our customers' order books picked up, but overall this year, I see the market as being very challenging. We still face a tough time. Europe is not doing well. However, the US is showing signs of recovery.

"My personal view is that there will be more light at the end of the tunnel by early 2014."

Mieco Manufacturing
Mieco got its name from the original company Malaysian Industrial Equipment Co as it was an equipment supplier before entering the particleboard manufacturing business in 1976.

Mieco established three particleboard lines in Pahang State in the east of Peninsula Malaysia: one in Semambu and one in Gebeng, Kuantan, while the third line is in Kechau Tui, Kuala Lipis. The two lines in Kuantan had a combined capacity of 320,000m3/year. One was supplied by Siempelkamp and the other by Dieffenbacher.

The first line ceased production some years ago, but the second, in Gebeng, can today produce 820 to 1,000m3/day on its own, having been upgraded over the years.

Mieco's third and biggest line was built on a greenfield site in Kuala Lipis, 270km north of the capital, in an area rich in rubberwood plantations and supplies of acacia and other hardwoods, as well as sawmills offering wood raw material supply to the large new mill. Rubberwood accounts for 70-80% of feedstock, while mixed hardwoods and acacia make up the other 20-30%. Wood comes from a 100km radius of the factory.

Kuala Lipis has a Dieffenbacher CPS continuous press with flexible infeed, which is currently 41.6m long and was installed in 2005. The foundations were built to accommodate an extension to 60m and that extension is still in the company's plans, according to Dato' Sri Yong.

"There is definitely room to expand capacity at Kuala Lipis and the drying and chipping capacity is there. We definitely plan to carry out that extension, but not for the time being," he said.

In the meantime, he said the line is producing around 1,500m3/day.

"We have carried out a few modifications to increase capacity on the existing line and to reduce fuel consumption and so on."

As an example of that, the energy plant was built to run on diesel fuel as there is no natural gas available so it is to be converted to run on chips, sawdust and sanding dust. "We will buy the energy plant and have it running this year," said the managing director. "We are conducting final negotiations with the supplier now," he added, when interviewed in late April. "This will give us a significant cost improvement."

Value-adding is concentrated on the Gebeng site, where there are four short-cycle presses (three Siempelkamp and one Hapco from China) for melamine faced particleboard and the company also offers decorative polymer faced particleboard.

There is also direct postforming and a kitchen worktop line on the same site, as well as a Hymmen continuous line for applying finish foil to particleboard, with electronic beam curing to produce Electronic Beam Foil Chipboard (EBFC).

The company claims that its EBFC boards have unparalleled resistance to stains, ultra-violet light and abrasion and are available in solid colours and woodgrains.

The panel surfaces are prepared in the sanding line on a Steinemann Satos with eight heads and a cross-sanding head for a fine finish.

At Mieco, downstream processing includes much more than surfacing its panels. "We cut-to-size, edge, bore and all sorts of things for our customers," said Dato' Sri Yong. We also make up ready-to-assemble furniture packs for one of the big global furniture retailers and these are distributed in the Asia region. We have been doing this for about six months.

"We are not doing that kind of work on a big scale and are definitely not competing with our existing customers. This is just a specific brand within the retailer's range of furniture products."

Speaker boxes for high-end producers is another good market for Mieco and has been for some years, with most sales going to Chinese speaker box makers.

Mieco launches new designs in its MFC and worktop ranges each year to serve the office and kitchen markets and these are launched at the MIFF exhibition.

Regional markets
With long experience in the panel industry, Dato' Sri Yong has some views on how he thinks it should develop in South East Asia.

"I think some consolidation [among panel makers] would be beneficial in this region. Big equals more competitive and a better margin, rather than everybody increasing their capacity and then fighting one another in the market.

"But I still have hope for this industry. Malaysian GDP is still growing by 5-6% after the disaster of 2008 and this is definitely not a 'sunset industry'. We just have to wait for the right time and soldier on." 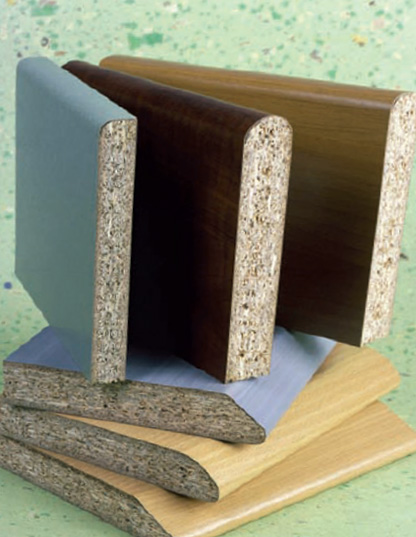 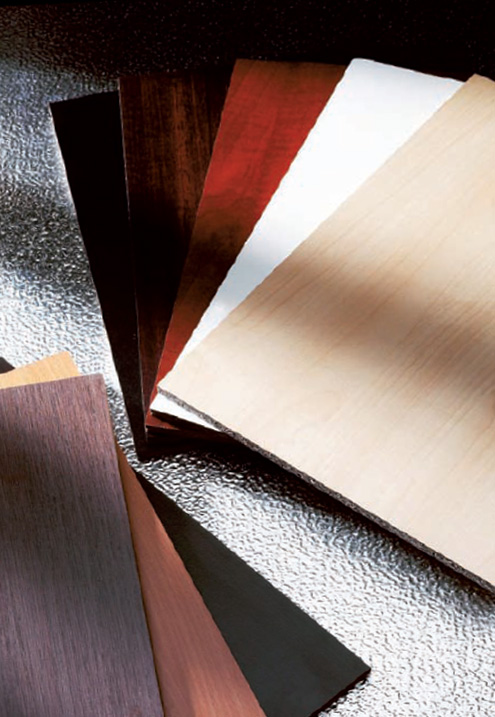 Value-adding in the competitive particleboard industry is crucial to Mieco 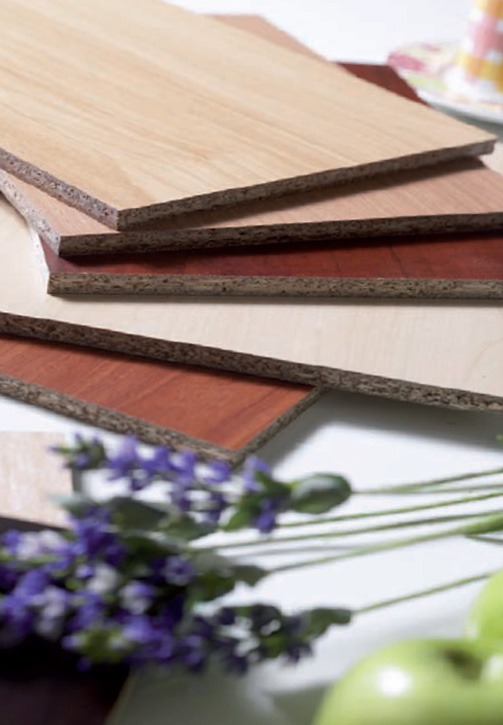 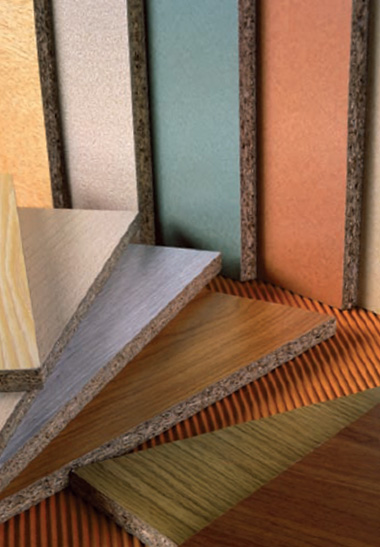 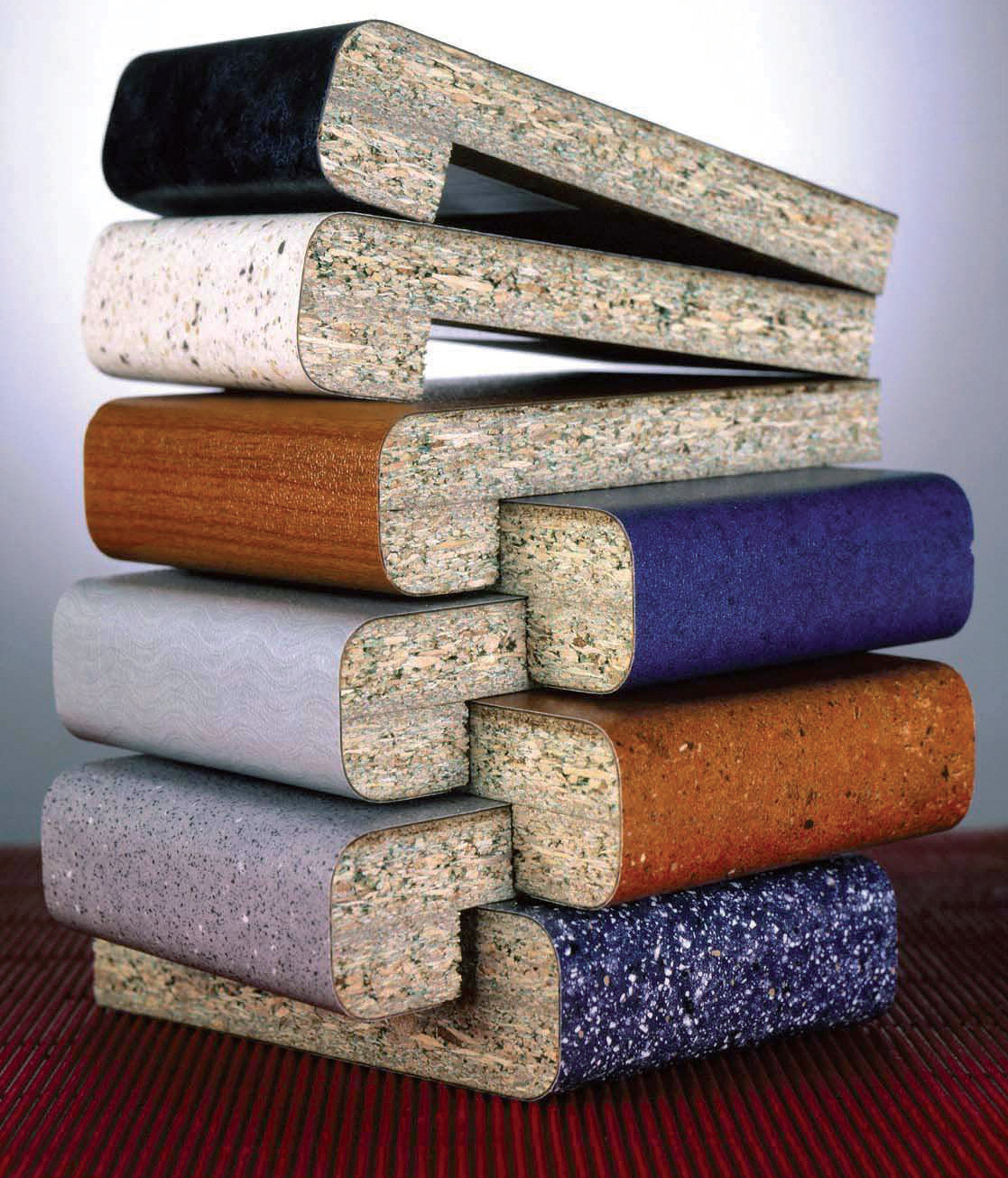